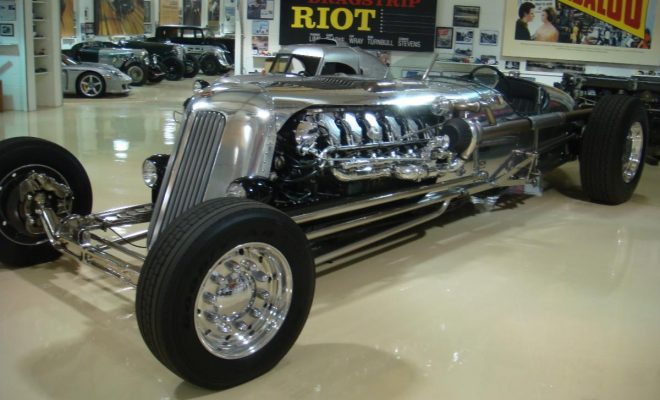 Television host and comedian Jay Leno has a priceless collection of cars and motorcycles that’s reported to be one of the most exquisite ever assembled. Six-time drag racing world champion Jeg Coughlin Jr. is one of the few mere mortals to have toured Leno’s secret hideout in Burbank, Calif., and he was awed beyond belief, reporting his visit was definitely a highlight of his time on the NHRA circuit.

“Jay Leno certainly needs no introduction in the entertainment world,” Coughlin said. “And for those of us that love cars, he’s equally as famous for the private collection he’s put together over the years. To have a chance to visit his warehouses was something I couldn’t pass up.

“I can tell you this, there may be a better collection of cars out there somewhere but I can’t imagine anything that could top Jay’s garage.”

Coughlin received a special invite to visit the facility near the Burbank airport from garage manager Bernard Juchi. He arranged a private tour with car historian Bob Sales, who worked for Leno as caretaker of his collection before his passing in 2016. Sales was a regular customer of JEGS as his staff worked to restore cars to perfection.

“I remember driving over there and when we pulled up I was thinking that you’d never know the place existed by the looks of it from the outside,” Coughlin said. “Just a non-descript collection of warehouses.

“Bob met us and proceeded to give us an absolutely first-class, white-glove tour of the collection. Everything was perfect, so clean and squared away; nothing was out of order. I was like a kid in a candy store. The original murals, posters and banners on the walls, just the history of it all was unreal. It was hard to take it all in.” 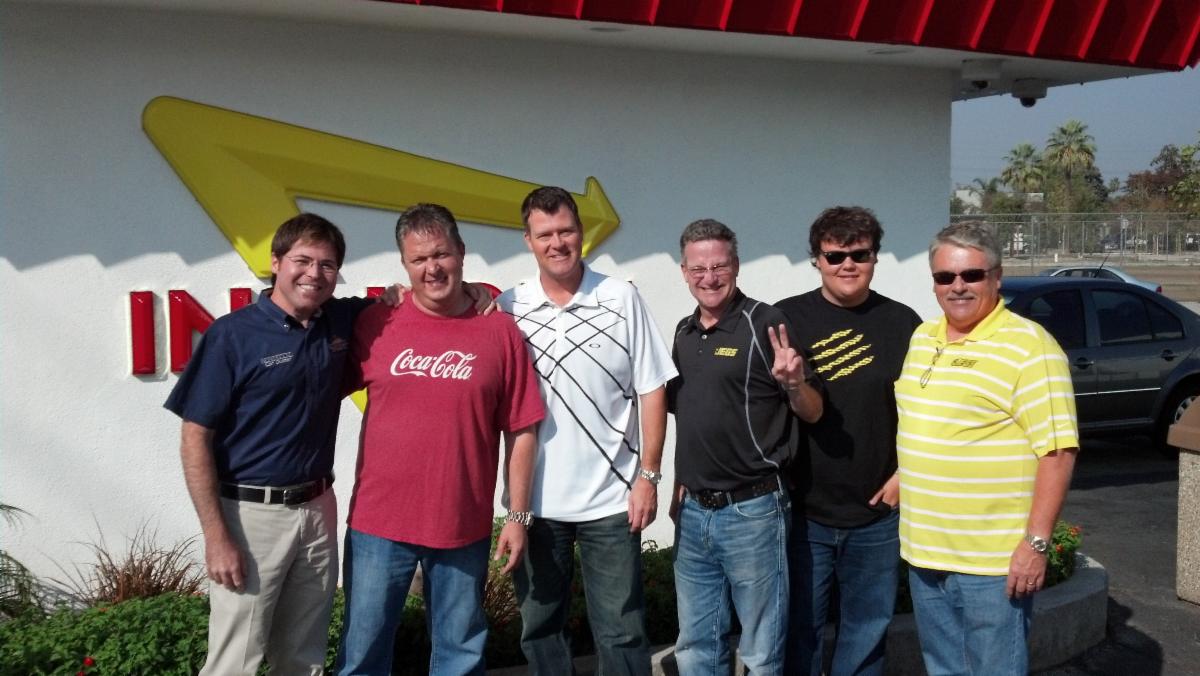 In past interviews, Leno admits there’s never been a rhyme or reason to his collection, no specific genre or type he looks for when adding pieces to his collection. He simply gives things the eye test, and if he thinks they’re appealing, he buys them. In a recent count, Leno said he owned “about 181 cars and 160 motorcycles.”

“What strikes you is the history and diversity of the collection,” Coughlin said. “There are muscle cars, exotic cars, classic cars, steam-powered cars, motorcycles of every type — whatever you can imagine. It was definitely the best collection I’ve ever seen. Nothing even comes close, and that’s with all due respect to the many collections I’ve been fortunate enough to see. This is just several cuts above them all.

“Something that was really impressive was Bob’s ability to recall every detail about each piece. He knew where Jay found it, the entire history from when it was made to where it is now, what they may have done to it as part of its restoration, and all the people who may have owned it in the past. He was just incredible.”

Aside from the vehicles on display, Coughlin was allowed to visit the shop where a team of specialists were meticulously working on new additions to the collection.

“They had several projects going on and it was fascinating to see the pride everyone there had for the history they were preserving,” Coughlin said. “We were told that every car and motorcycle is functional and can be taken out by Jay whenever he desires.”

To show his appreciation for the tour, Coughlin invited Sales and his staff to visit them at the drag races in Pomona, where he was able to show off his hot rod, hauler and pit space.

“The only thing we missed in the whole deal was meeting Jay himself but he had other obligations that weekend,” Coughlin said. “We did pass along our thanks for letting us have a peek at his collection and I’m still in awe of what we saw. The crazy thing is we didn’t even see everything. There was more. Just incredible.” 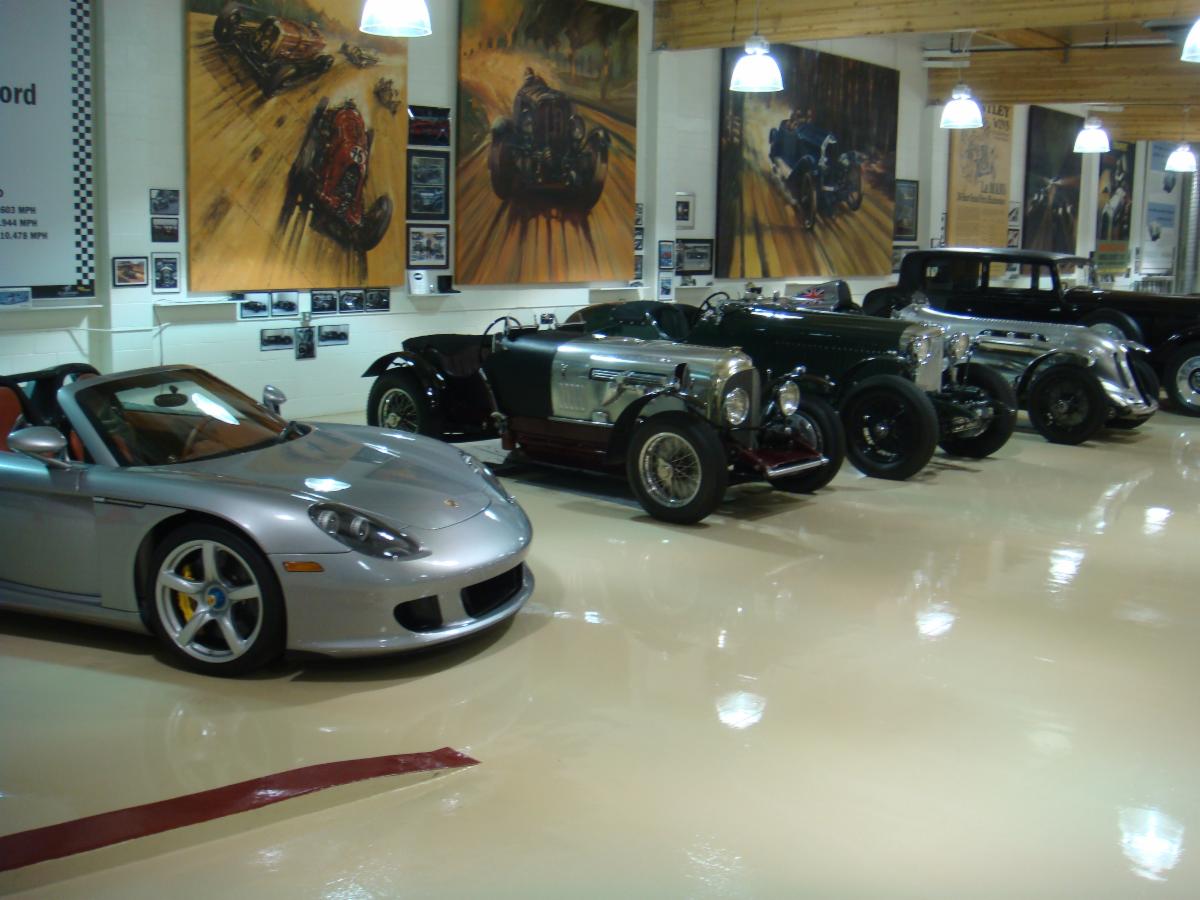 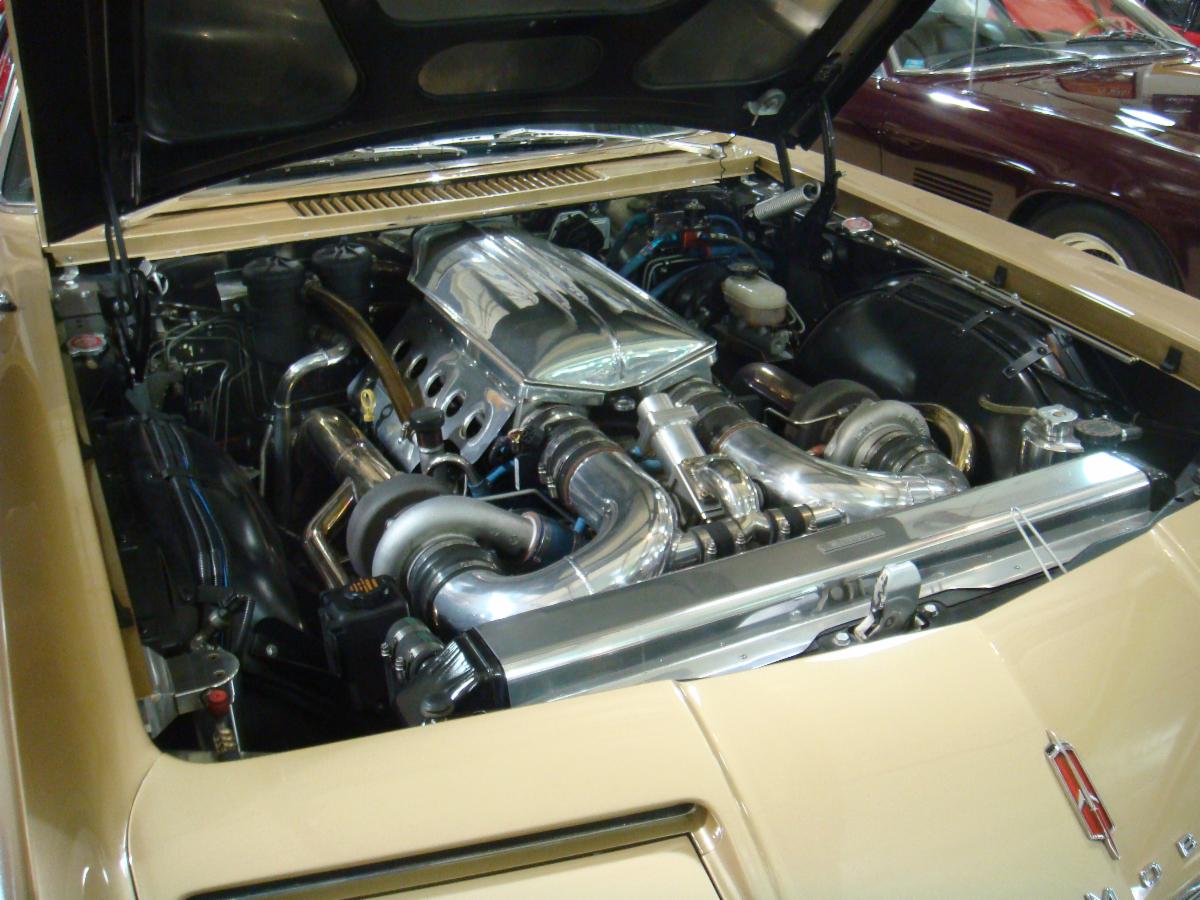