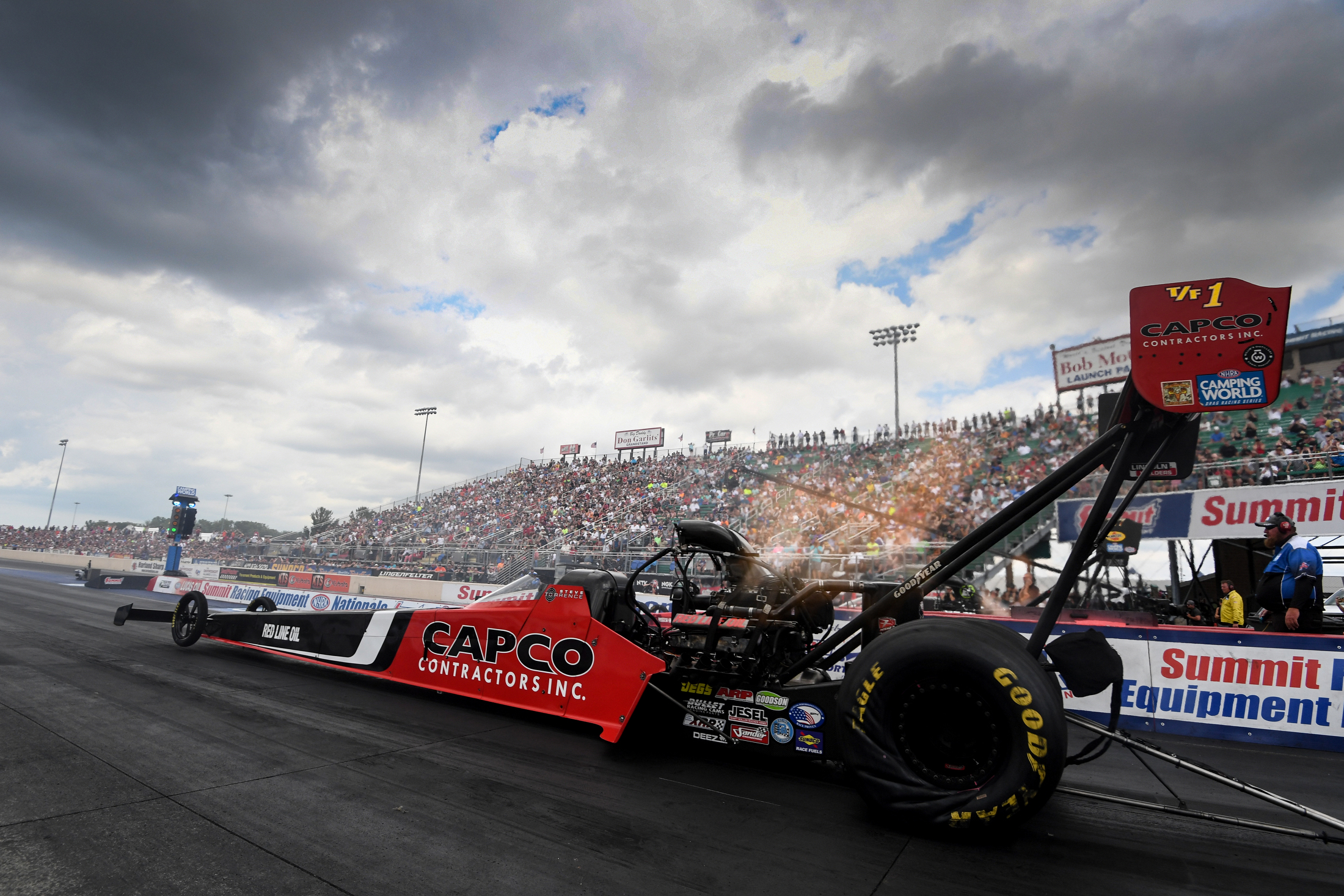 Brittany Force had the horsepower, but it was Steve Torrence’s starting line skills that made the difference Sunday in another final round showdown between the NHRA’s two most recent Top Fuel World Champions, this one at the 14th Summit Racing Equipment Nationals at Summit Motorsports Park.

Although his Capco Contractors dragster was quickest in all three qualifying rounds, Torrence watched Force post the two quickest times on race day including a track record-setting 3.696 in a semifinal win over Antron Brown.

In the money round, though, it was Torrence’s .058-.078 starting line advantage that made the difference, getting his Capco dragster to the finish line first even though it was .006 slower on the track.

It was the 44th win for the talented Texan since he founded Torrence Racing in 2012 and it moved him into a tie for 18th on the all-time NHRA victories list with the late Pro Stock Motorcycle champion David Schultz.

In winning for the third time in his last four appearances in the Summit Nationals, the 38-year-old extended his lead over Brown to 215 points. Force moved up to fourth, 291 points behind, as the Camping World tour prepares for a restructured Western Swing that begins July 16-18 with the Dodge Mile-High Nationals at Denver.

“It takes a toll on you, mentally,” Torrence said of Sunday’s three rain delays, one just before the final round. “You think you’re going to go and then you don’t. Up and down; up and down. Fortunately, experience helps you overcome that. This ain’t our first rodeo.

“Brittany’s got a fast race car and she got everyone’s attention with that 3.69 in the semis,” Torrence said, “but our ol’ hot rod ain’t bad either. I knew these Capco boys would give me a car good enough to win if I could just do my job at the starting line.”