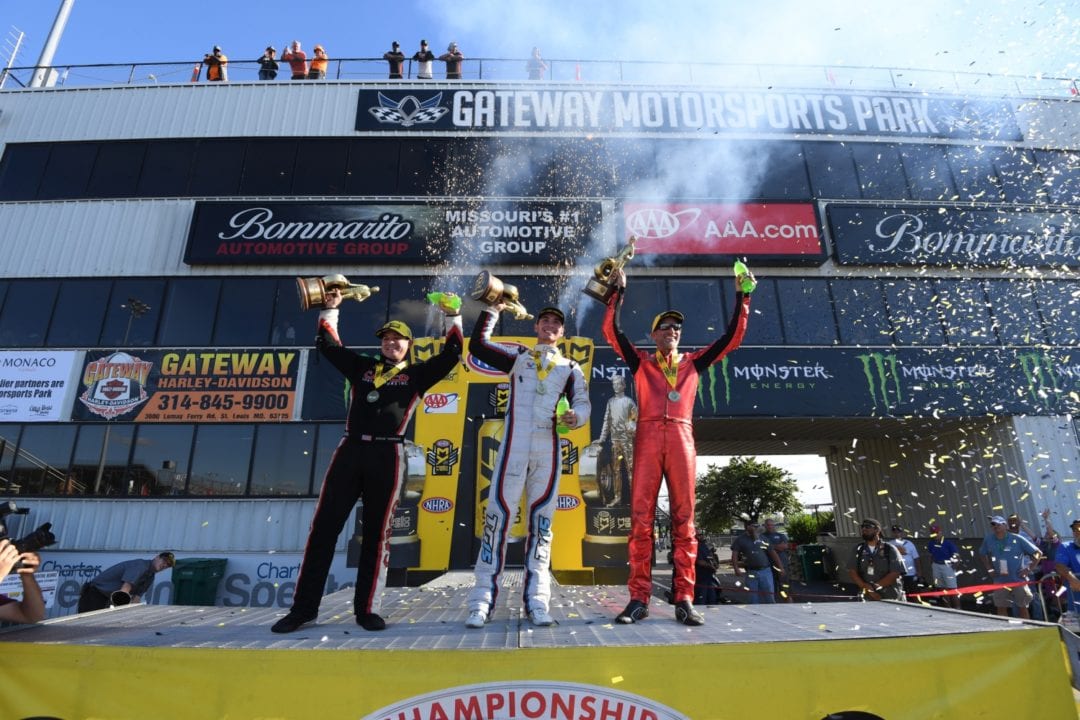 Coming off his victory to kick-off the Countdown to the Championship, Torrence remained hot and went 3.770-seconds at 323.66 mph in his Capco Contractors/Torrence Racing dragster to defeat Clay Millican’s 3.798 at 320.28 in the final round, earning his seventh victory of the season and 23rd of his career. With the win, Torrence now has a 70-point lead over Millican. 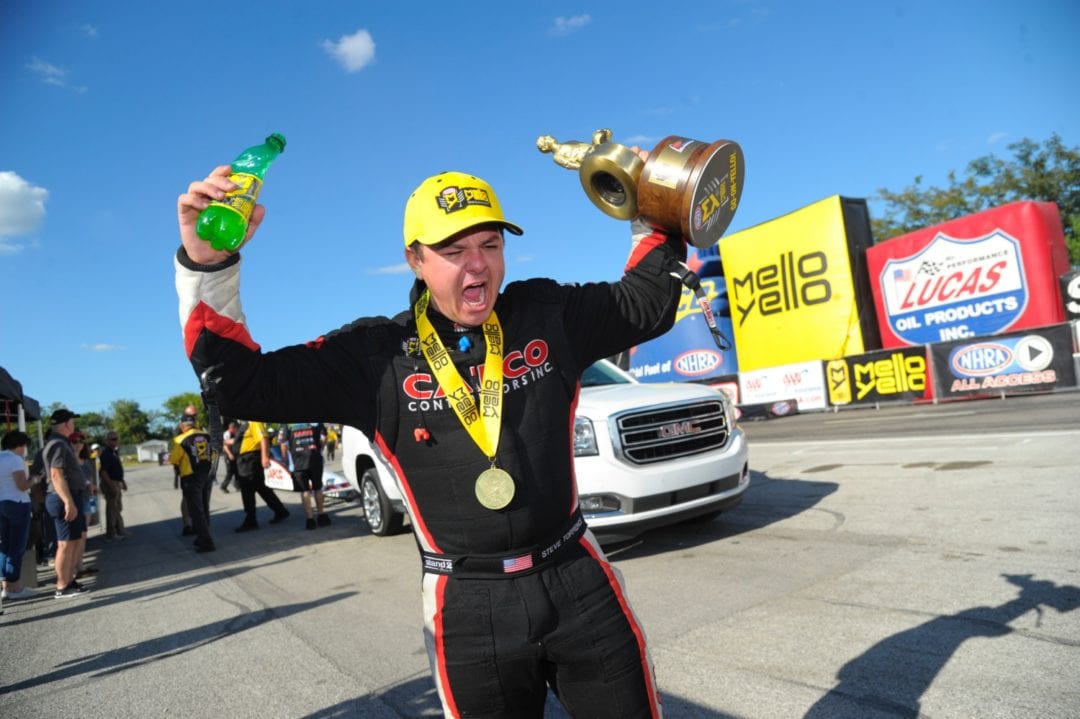 “This is going to be a really hard-fought war,” Torrence stated. “I couldn’t have a better group of guys to be backing me up. I’m blessed and fortunate to be a part of that team right there and not drop the ball. I’m very confident going forward and this is all we could’ve asked for to start the Countdown.”

Defending Funny Car world champion, Hight, secured the category points lead after going 4.036 at 276.29 to beat Tim Wilkerson’s 4.413 at 201.91 and pick up his third victory in 2018, 10th Countdown to the Championship win during his career and 44th overall. Hight suffered an engine explosion as he crossed the finish line and exited the vehicle under his own power. He was transported to a local hospital for further evaluation. 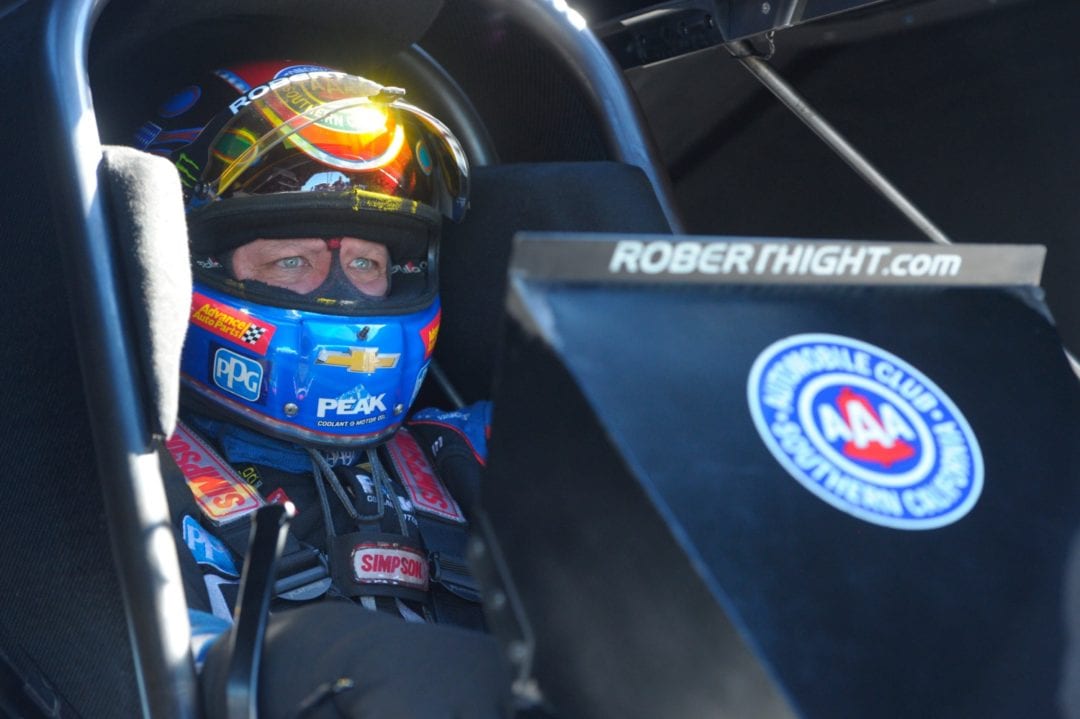 Pro Stock’s Gray grabbed his sixth victory of the season and 11th of his career in his Valvoline/Gray Motorsports Chevrolet Camaro after going 6.567 at 211.06 in the final round to defeat Drew Skillman’s 11.409 at 78.68. Gray, who knocked off Chris McGaha, Erica Enders and Vincent Nobile to extend his points lead over the category. 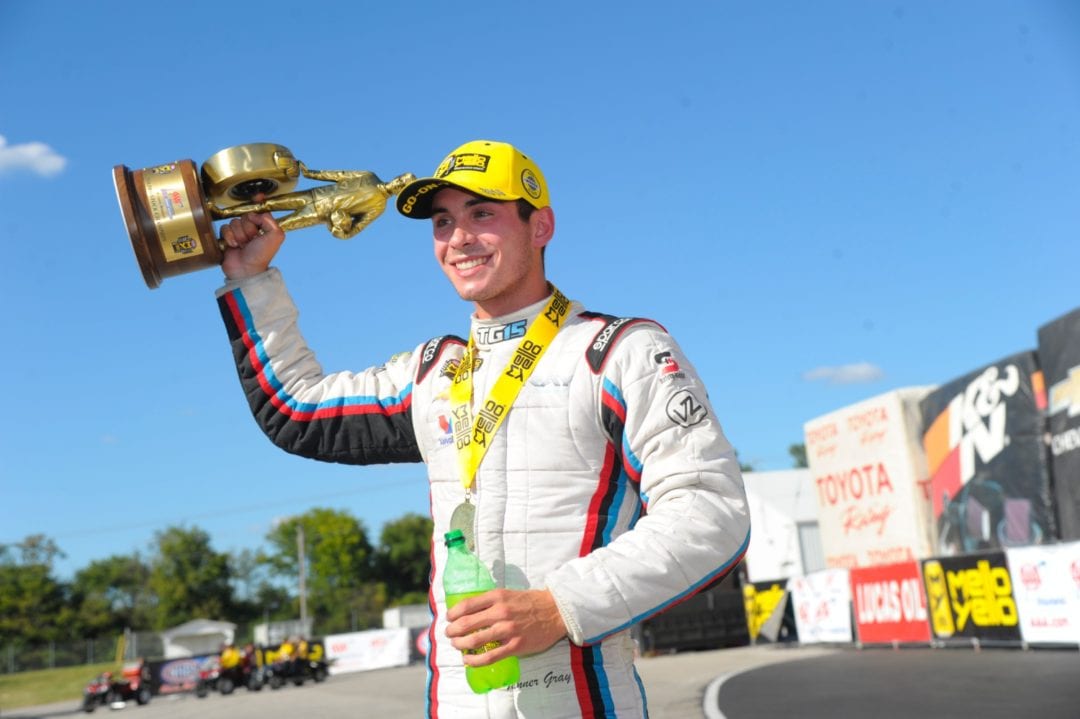 “During qualifying we didn’t run as well as we thought we should have,” Gray said. “We made nice runs, but we never got aggressive enough. It was cool to see everyone come in with their head on straight and fight back to get a win. I felt like all of us did a really good job of just going round-by-round.”

Skillman was in his second consecutive final round and was seeking his first victory of the 2018 season. He didn’t get the victory but did climb to third in points after beating Kenny Delco, defending world champion Bo Butner, and No. 1 qualifier Jeg Coughlin Jr. on Sunday.

In Pro Stock Motorcycle, M. Smith earned his second victory of 2018 and 20th of his career with a holeshot win of 6.877 at 198.44 to LE Tonglet’s 6.876 at 196.10. M. Smith took the points lead after his third win at the track on his Elite Motorsports DENSO Auto Parts EBR. He picked up wins against Scotty Pollacheck, Joey Gladstone ,and No. 1 qualifier Chip Ellis en route to the finals. 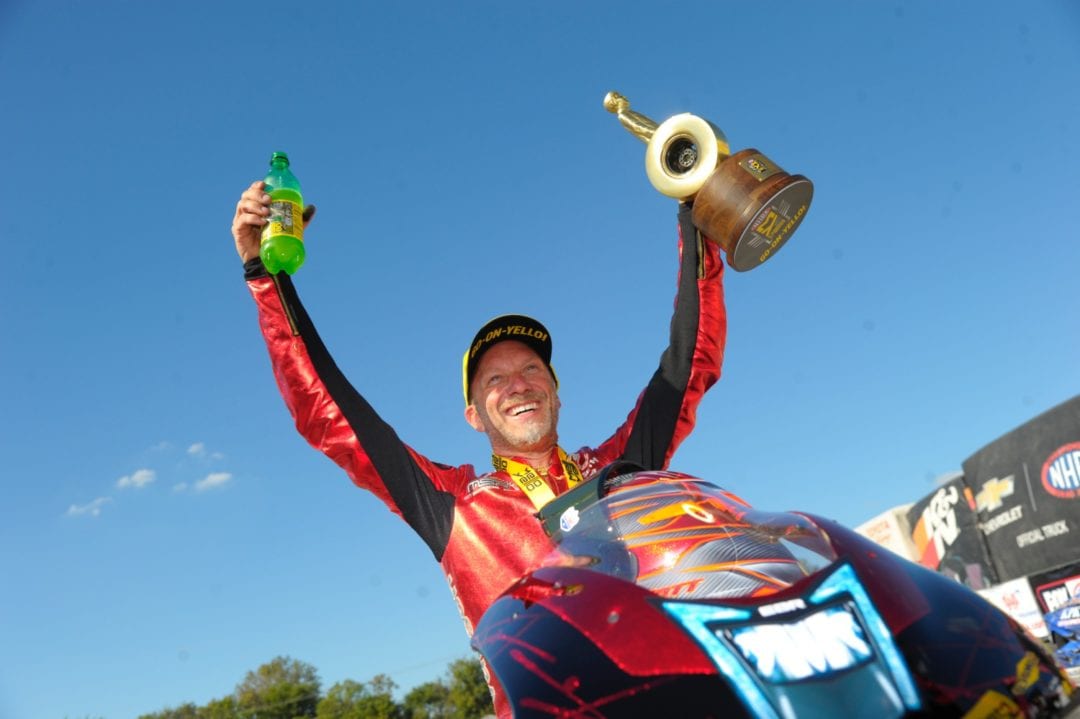 “We hurt our motor on Friday night,” M. Smith stated. “Angie (Smith, wife) and I stayed up all night last night rebuilding it. The Harley’s got three bikes out here trying to whoop up on us but we’re going to try and do our best to stay focused and do our job. As long as we don’t have any part failures we will be fine.”

Tonglet’s path to his 27th career final round included victories against Jim Underdahl, Angie Smith and Jerry Savoie as he is currently fifth in the points standings.

The NHRA Mello Yello Drag Racing Series continues Oct. 4-7 with the third race in the Countdown to the Championship, the AAA Texas NHRA FallNationals at Texas Motorplex in Dallas.