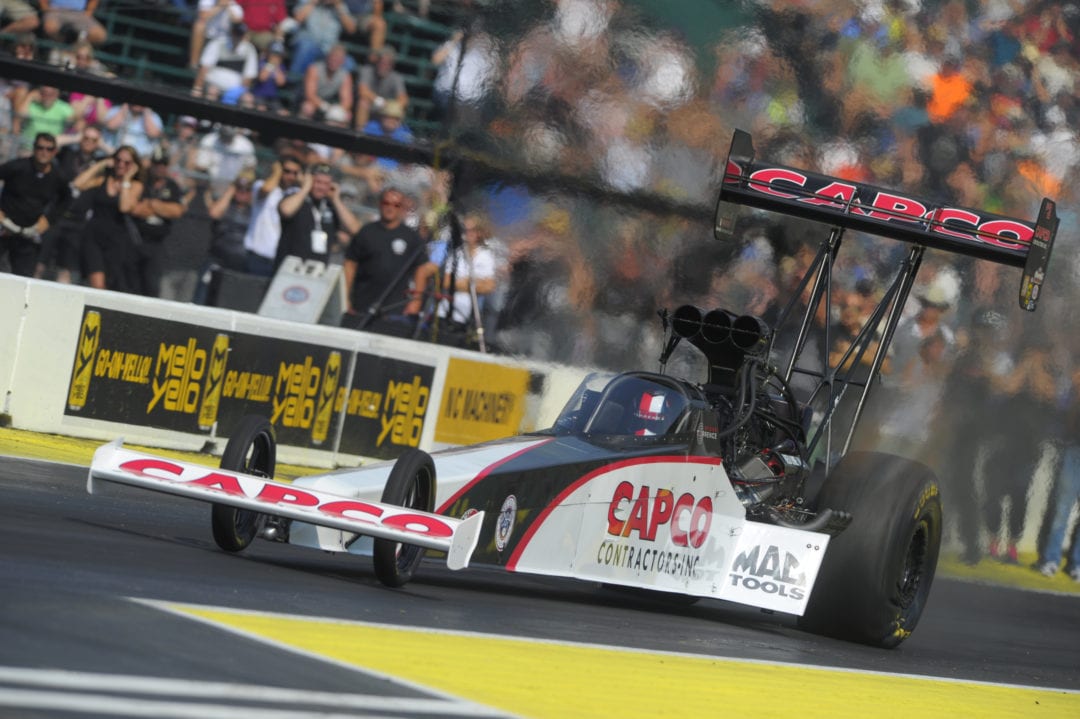 Friday qualifying was led by Steve Torrence in the Top Fuel category at the 30th annual NHRA Northwest Nationals at Pacific Raceways.

Points leader Torrence piloted his dragster to a 3.791-second run at 324.75 mph. He is seeking his third No. 1 qualifier of the season after coming off a win at the most recent event in Sonoma.

“Really proud of the run,” Torrence stated. “I knew it was a good solid run. Really proud of all the Capco guys. They’ve done an excellent job all year and they continue to just keep digging. This is definitely going to be a fight to the finish.

Brittany Force follows closely behind Torrence in her Monster Energy dragster after a 3.792 pass at 323.89. Tony Schumacher and the U.S. Army dragster are currently third with a pass of 3.802 at 322.96. 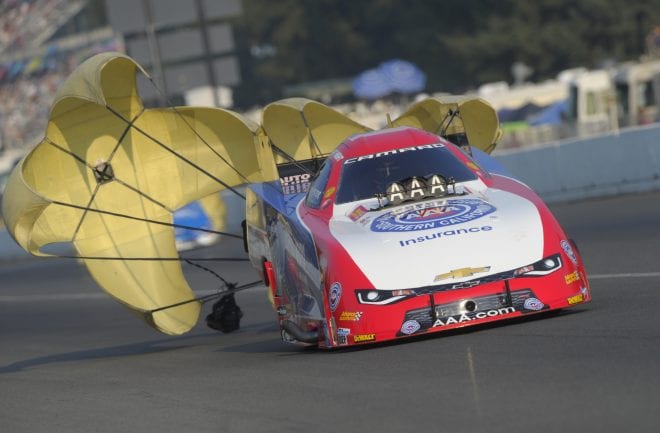 Hight powered his Auto Club of Southern California Chevrolet Camaro SS to the top of the Funny Car class during the second qualifying session with a run of 3.894 at 329.42. He is looking for his second consecutive No. 1 qualifier and recently won in Denver.

“What I’m most impressed with is my team and how they’re able to adapt race to race,” Hight said. “It shows that my guys have a good handle on everything. It’s just a lot of fun right now. We’ve got to race better on Sunday though. Our performance is right there; we just need consistency.” 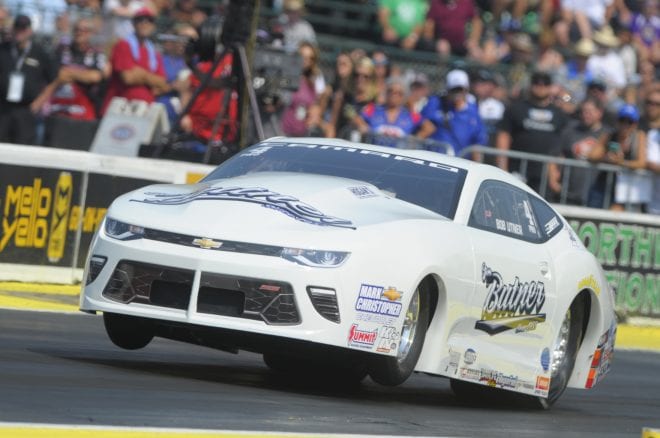 In Pro Stock, Butner, the category points leader, had a pass of 6.584 at 209.36 in his Jim Butner’s Auto Chevrolet Camaro during the second session to lead the field. He is chasing his fourth No. 1 qualifier of the season and seventh of his career.

“We put a little bit of fire down right there, that was more than I expected,” Butner stated. “The car is still halfway new, but we ran really good here last year. Very happy with the new 2017 Camaro and it’s pretty freaking hot.”