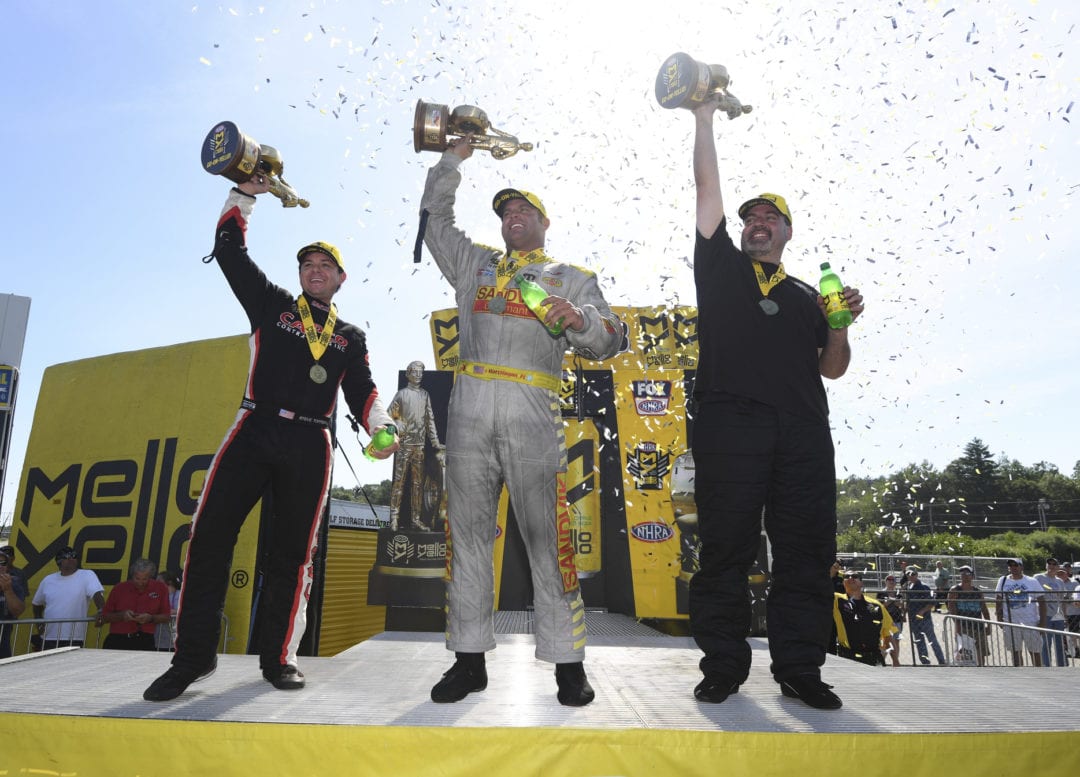 Matt Hagan remained one of the hottest Funny Car racers by winning his second straight event of the season at the sixth annual NHRA New England Nationals. Hagan drove to victory in front of a sellout crowd for the second consecutive day at New England Dragway.

Steve Torrence (Top Fuel) and Chris McGaha (Pro Stock) were also winners in their respective categories at the 13th of 24 events on the 2018 NHRA Mello Yello Drag Racing Series schedule.

Hagan powered to the winner’s circle with a run of 4.156 seconds at 292.01 mph in his Mopar Express Lane Dodge Charger R/T to take down Tim Wilkerson’s 4.181 at 287.35 in his Levi, Ray & Shoup Ford Shelby Mustang. Hagan secured his third win in 2018 as he has now earned victories at New England Dragway in back-to-back years. 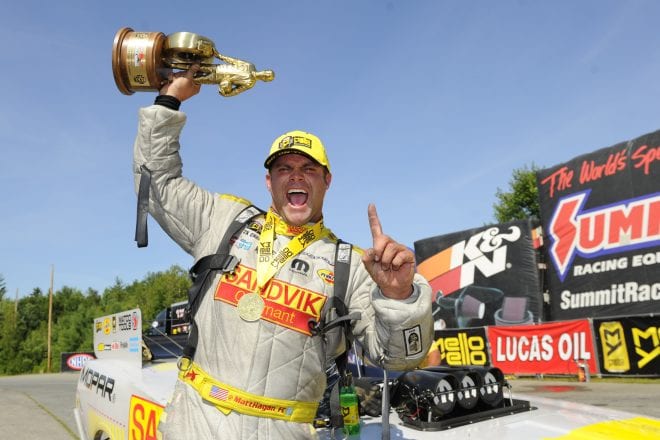 “We’ve got a good racecar, we were the No. 1 qualifier and this car just continues to go down the track,” Hagan said. “This car is responding well to what Dickie Venables is asking it to do, and that makes my confidence continue to grow.”

Hagan was the No. 1 qualifier for the weekend and took down Terry Haddock and teammates Tommy Johnson Jr. and Ron Capps on his way to victory.

Wilkerson qualified ninth and defeated J.R. Todd, Jack Beckman and Shawn Langdon as he reached his first final round of the season.

Torrence notched his fifth victory of the year by beating Antron Brown in the final round with a 3.909 at 320.74 in his Capco Contractors dragster to Brown’s 3.948 at 315.12 in his Matco Tools / U.S. Army dragster. Torrence notched his first career win in Epping as he continues to build on his points lead in the Top Fuel class. 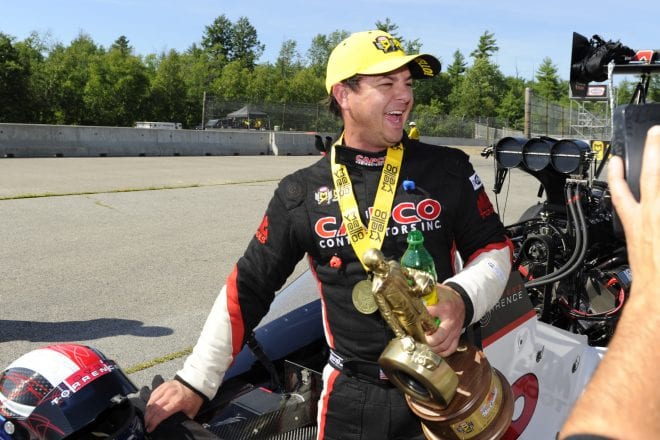 “This was a rough weekend but my team did an excellent job of adjusting to the track prep and the conditions out here,” Torrence said. “Our team is more well-rounded than it has ever been, and that gives me confidence every time I get in this car.”

Brown qualified 12th on the weekend and bested Clay Millican, defending world champion Brittany Force and No. 1 qualifier Leah Pritchett as he reached his first final round of 2018.

McGaha took home the win in the Pro Stock class with a 6.570 at 211.10 in his Harlow Sammons Chevrolet Camaro during the final round to take down Erica Enders who red-lit. McGaha secured his second win of the season and first since Phoenix as he becomes the fourth driver in the class to record multiple victories in 2018. 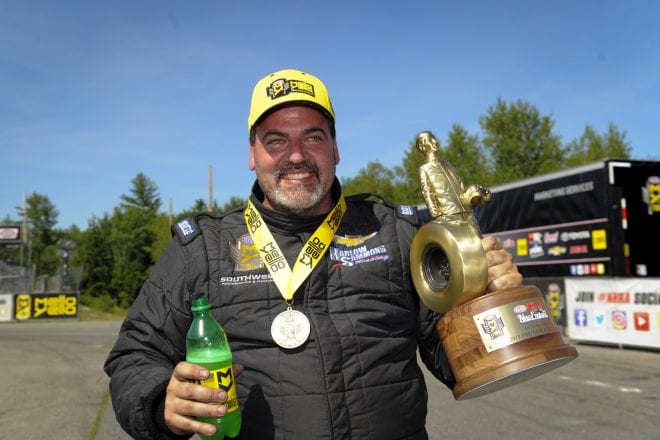 “We knew we needed to be aggressive in the final round against Erica [Enders], and we were lucky enough to end up winning that one,” McGaha said. “It’s been a very competitive year in this class so we are happy with any wins we can get.”

McGaha qualified ninth and beat Jeg Coughlin Jr., No. 1 qualifier Greg Anderson and Kenny Delco on his path to victory.

Enders qualified second on the weekend and defeated Alan Prusiensky, Matt Hartford and Vincent Nobile as she took over the category points lead with her fifth runner-up finish of the season.