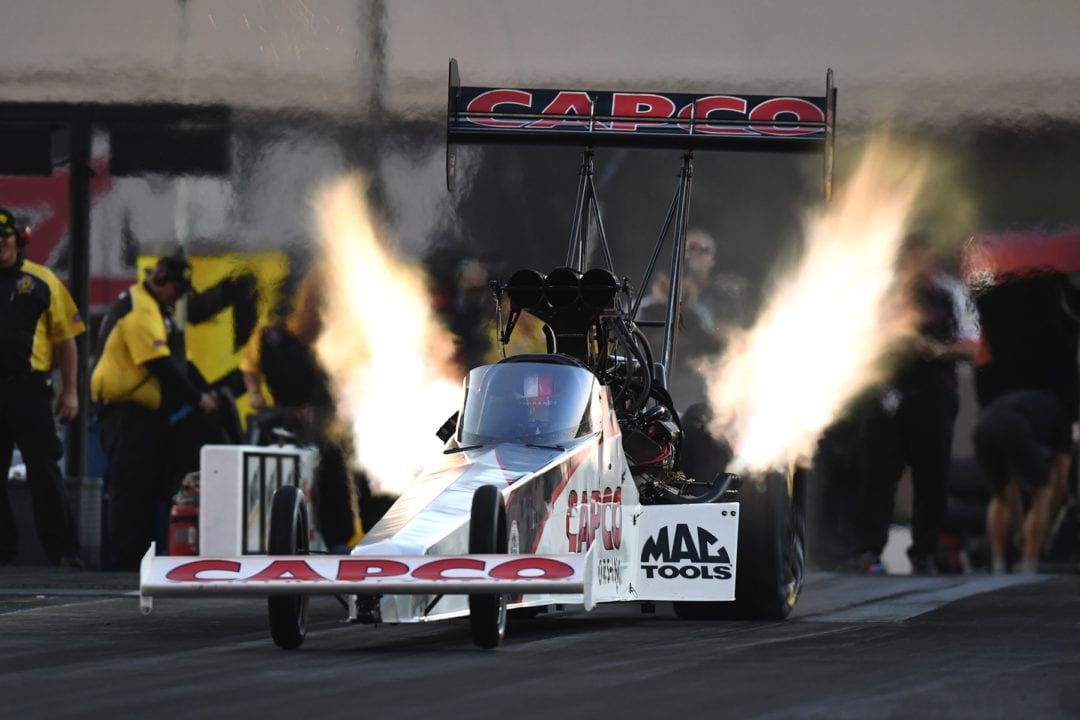 Top Fuel racer Steve Torrence remained the dominant car in the category on Friday and raced to the provisional qualifying lead in the category at the NHRA Carolina Nationals presented by WIX Filters at zMAX Dragway.

Torrence has won the first three races in the Countdown and has a solo No. 1 qualifying position during that stretch. He earned the provisional top spot with the last qualifying pass of the session in his Capco Contractors dragster with a run 3.704-seconds at 331.53 mph.

“It was really smooth early, all the way down there,” said Torrence. “I enjoy coming here, racing and I enjoyed coming back. We have done really well in the four-wide format. We are going to try to carry the momentum we have right now into race day.”

Clay Millican, who is the nearest challenger to Torrence in the points, is second with his run of 3.718 at 331.53 in his Parts Plus / Great Clips dragster posted during the evening session. Defending world champion, Brittany Force, in her Monster Energy dragster is third following her 3.724 at 328.14 attempt.

Funny Car’s Ron Capps will look to secure his fist No. 1 qualifier of the year with his run of 3.726 at 328.54 in his NAPA Auto Parts NIGHTVISION Lamps Dodge Charger R/T. 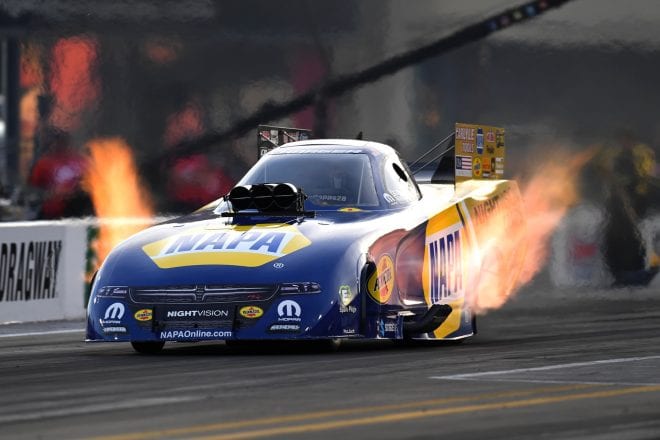 Tim Wilkerson in his Levi, Ray & Shoup Ford Shelby Mustang is second with his pass of 3.876 at 323.74 and current points leader Robert Hight is seventh with a run of 3.911 at 330.31 in his Auto Club of Southern California Chevrolet Camaro SS.

In Pro Stock, Enders took the category lead during the second qualifying session with her pass of 6.518 at 211.69 in her Elite Performance Chevrolet Camaro. Enders has one No. 1 qualifying position of the season which came at Brainerd, Minn. 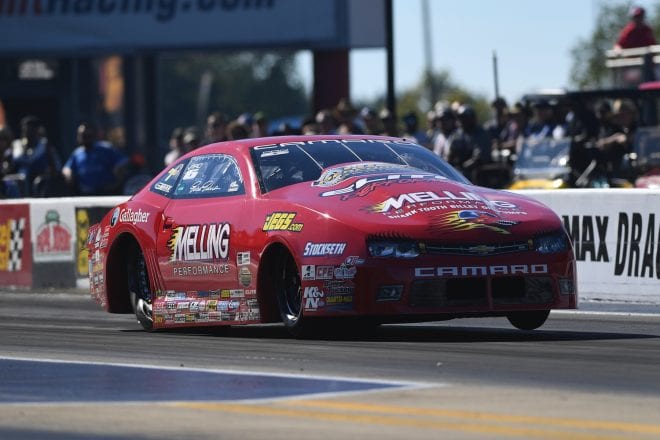 “We came off a test session prior to Dallas and felt like we made some strides in the right direction,” said Enders. “We proved it in Dallas but unfortunately had a parts failure and lost second round. Coming here had the same confidence. After the first session Jeg (Coughlin, teammate) was No. 1 and I was No. 2. We went out and my crew chief said on the radio if we all do our job we can go to the pole and sure enough we all did our job and went to the pole.”

Krawiec raced to the current No. 1 position during his second qualifying attempt on his Screamin’ Eagle Vance & Hines Harley-Davidson with his run of 6.806 at 197.83. He has three No. 1 qualifying positions this season and 42 on his career. 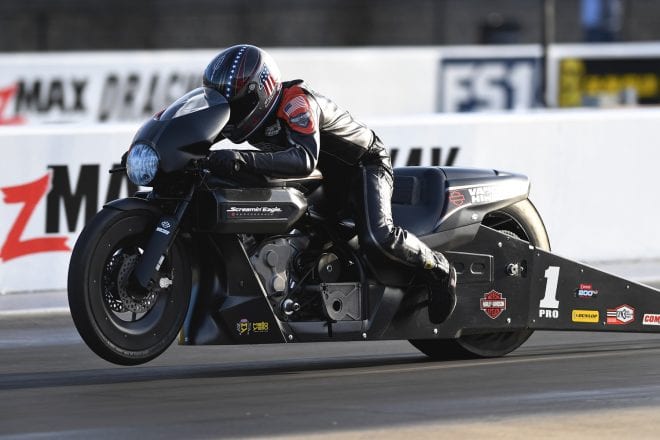 “It was a good lap and a good run for the session,” said Krawiec. “Going into tomorrow, potentially cooler weather, earlier run, things like that, it could mean that run isn’t going to stand like that as No. 1 qualifier. You look at five or six motorcycles that could definitely take the pole from me at any given time.”

Qualifying continues at the NHRA Carolina Nationals presented by WIX Filters at 12:45 p.m. (ET) on Saturday.