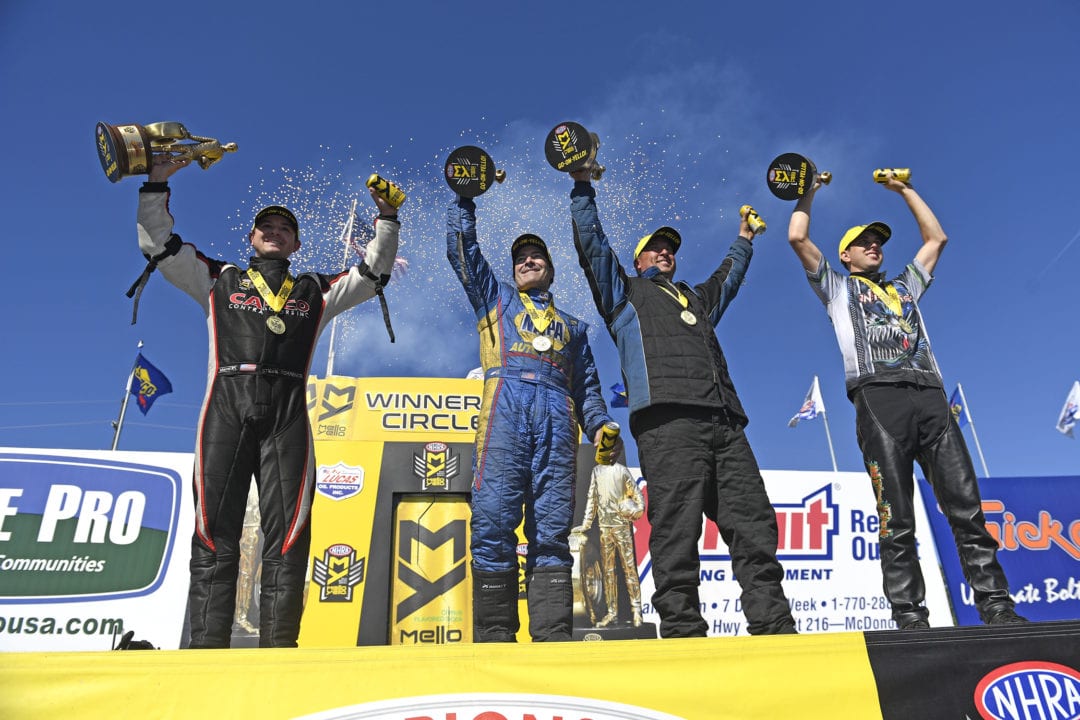 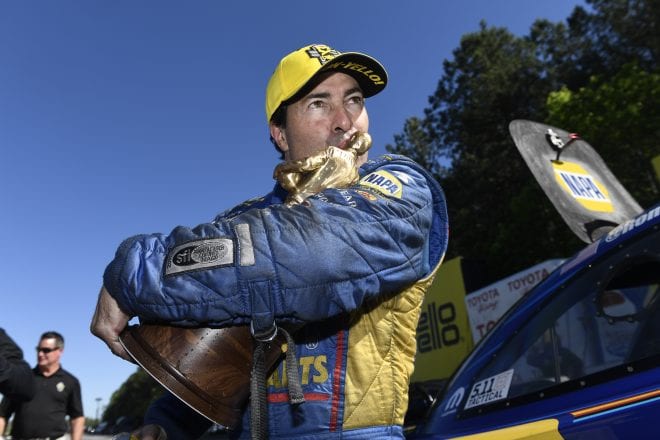 “It’s a pinch me moment,” Capps stated. “The car speaks for itself lately. This was probably one of the more difficult race tracks to navigate. You really had to be ready for two or three different sets of bumps. It makes for an exciting run but you’re just hoping, at the same time, that your car stays in the groove. Funny Car is just getting tougher and tougher.”

Capps sailed passed J.R. Todd, 16-time world champion John Force and Robert Hight, who set the track elapsed time record with his 3.880 pass in the semifinals, en route to the victory. Wilkerson faced rookie Jonnie Lindberg, Jack Beckman and Matt Hagan before seeing Capps in his first final round appearance of the season. 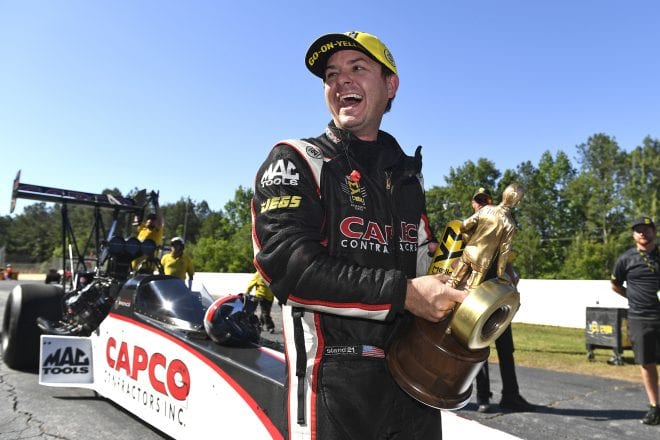 “The racecar I have right now is the best racecar that I’ve ever had in my life,” Torrence said. “My driving is showing that I’m confident in it. The continuity of my team has what it takes to win championships. We’ve got a chip on our shoulder and a point to prove.”

During eliminations, Pritchett set the elapsed time track record with a pass of 3.699, while teammate Brown set the track speed record of 329.91 mph.

Butner, who made his Pro Stock debut at Atlanta in 2015, powered his Jim Butner’s Auto Chevy Camaro to the 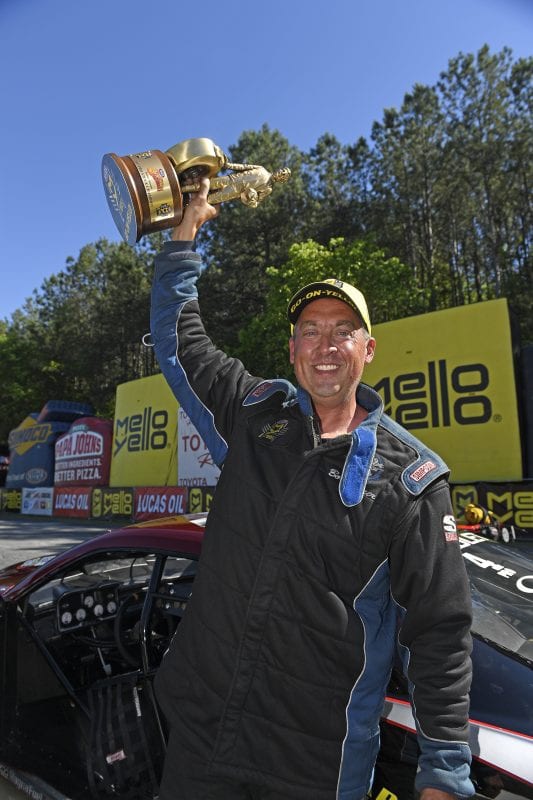 second victory of his career after a 6.569 pass at 211.26 that bettered two-time world champion Erica Enders. Enders raced her Elite Motorsports Chevy Camaro to a 6.593 pass at 210.97 in her first final round appearance since Las Vegas 2 in 2015.

“You have to have a lot of trust in your car,” Butner stated. “I’m happy in this car and happy with this team. We’ve had the car to win with for the last year and a half. Now, it’s all just coming together and I’m doing my job.”

In Pro Stock Motorcycle, Tonglet raced to back-to-back wins this season after he rode his Nitro Fish Racing Suzuki to a 6.843 pass at 194.35 defeating teammate and defending world champion, Jerry Savoie. This is Tonglet’s 12th career win and second at Atlanta Dragway. 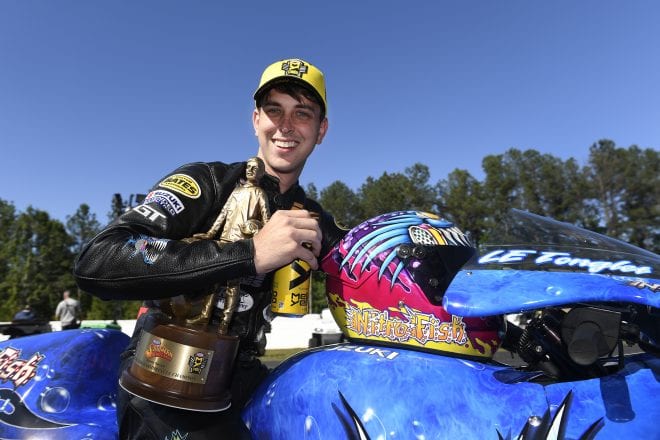 “I’ve got a great group of guys behind me who get the bike back to running in no time,” Tonglet said. “To be able to go to the third race of the season and get both of ‘em (bikes) in the final round; it is just unbelievable. This won’t be the last time both bikes are in the finals and we’re going to put on a good show.”

Tonglet raced past Cory Reed, Andrew Hines and Scott Pollacheck before entering the final round. Savoie defeated Matt Smith, Hector Arana Jr. and No.1 qualifier Eddie Krawiec on his way to the finals.