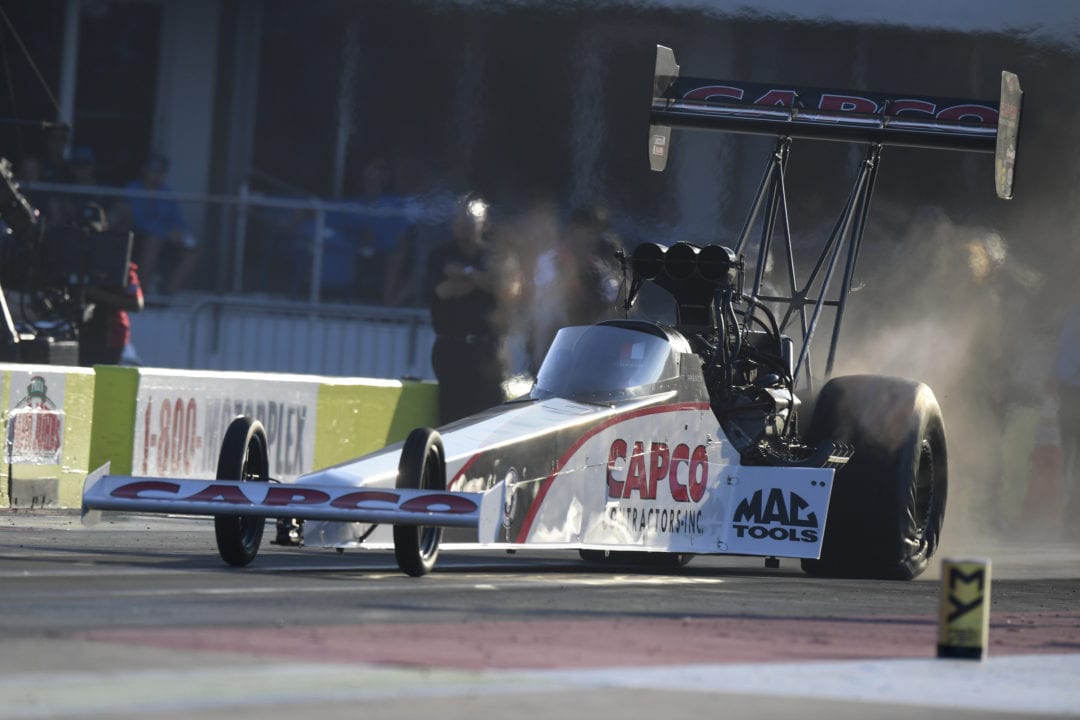 Torrence, the Top Fuel points leader, raced a 3.682-second pass at 327.51 mph in the final qualifying session. The Kilgore, Texas resident is chasing his first No. 1 qualifier and victory at his home track.

“Going into tomorrow, and ultimately Sunday, confidence is for sure at t all-time high,” Torrence said. “It’s always good to win at your home track. We’ve just not been able to do it. It’s been elusive. But ultimately, at the end of the day, what we need to do is get points. I’ve said before I think this championship could be decided by just a few points. To win here would be cool but we just need to go rounds and get points however we need to do it.”

The winningest Top Fuel driver in NHRA history, Tony Schumacher, is in second with his 3.692 pass at 327.66 in his U.S. Army dragster. Three-time and defending world champion Antron Brown currently holds the third spot.

Capps powered his Napa Auto Parts Dodger Charger R/T to a 3.872 pass at 329.58 to take the preliminary lead in the Funny Car field. 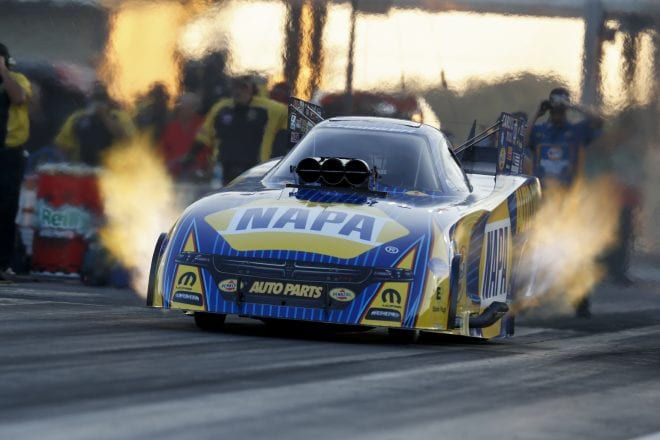 “For us to go up there and not go down (the track) on that first run and not gain points on Robert, and to have Courtney (Force) get three points on us who’s third in points I mean yes, we are counting those little points,” Capps said. “We’re just trying to get our little points, and get that Mello Yello hat for No. 1 qualifier we haven’t had one of those in a long time. It’s going to be fun.”

Butner raced a 6.588 pass 208.94 in his Jim Butner’s Auto Chevrolet Camaro during Friday’s final qualifying round to sit atop of the Pro Stock ladder. 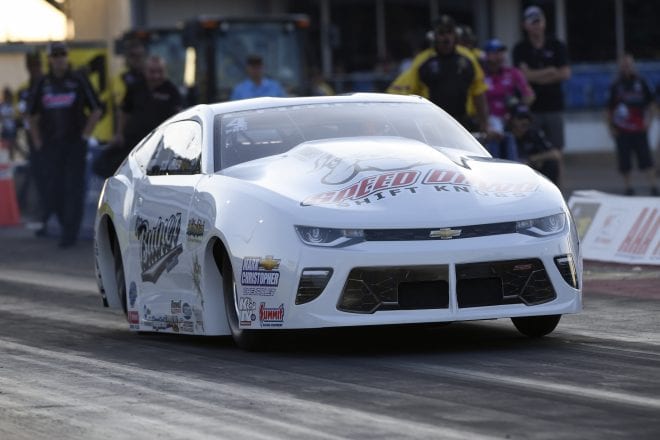 “We have to get through tomorrow and try to make two good runs,” Butner said. “It’s almost like showing up to a new track on Sunday, if the weather forecast is correct. Tomorrow is going to be a lot similar to today so we want to learn and get better. We made a fairly good run. We need to stay ahead of the pack.”

Butner is trailed by KB Racing teammate Greg Anderson who ran a 6.626 at 207.27 in his Summit Racing Equipment Chevrolet Camaro. Erica Enders, the two-time world champion, is in the third slot.

In Pro Stock Motorcycle, Krawiec, the defending event winner, currently leads the pack with a 6.860 pass at 196.53 on his Screamin’ Eagle/Vance & Hines Harley-Davidson from the first round. 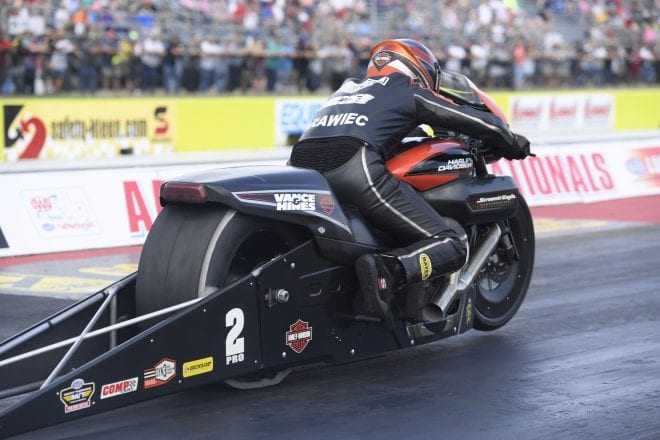 “I made a really clean, very good run off the truck,” Krawiec said. “We had the bike, obviously the tune-up, Andrew (Hines) and Matt (Hines), had the tune-up really right on, the chassis set-up was right. I’ve got to maintain, that’s key. Get those little (qualifying) points and just keep moving forward.”

Defending world champion Jerry Saovie is in the No. 2 spot with is 6.873 pass at 194.35 on his White Alligator Racing Suzuki and Scotty Pollacheck rounds out the top three.