Force is atop the Funny Car category with a run of 3.911-seconds at 321.73 mph in her Advance Auto Parts Chevy Camaro SS recorded during her second qualifying pass of the day. The current Funny Car points leader is chasing the top position in Topeka as she aims for her fifth No. 1 qualifier of the 2018 campaign and third consecutive. 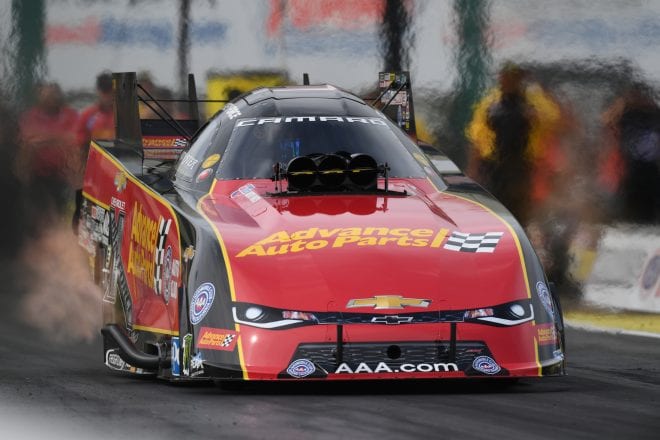 “We had a decent run in the first qualifying round but I knew we had more with this crew tuning my car and we were able to get that top spot back,” Force said. “It’s definitely a big deal to be running consistently, but there are still plenty of runs tomorrow where we will have to hold onto that number one position.”

Jonnie Lindberg is currently qualified second after a 3.962 at 316.23 run in his Head Racing Ford Mustang Funny Car, while Cruz Pedregon slotted into third.

Torrence is the current No. 1 qualifier in Top Fuel with a run of 3.770 at 325.92 in his Capco Contractors dragster during the final qualifying pass of the day and his father Billy qualified second after his 3.796 at 320.97 run in his dragster.

“To go up there and put the Capco cars on top at the end of the day was really as good of a finish to a Friday as I could have imagined,” Torrence said. “Any day you can put your whole team in the top of the qualifying board makes you really proud and it’s just a great way to cap off the day.”

In Pro Stock, Enders currently holds the top spot after driving to a 6.625 at 207.59 pass in her Melling Performance/Elite Motorsports Chevrolet Camaro during the second round of qualifying. The two-time world champion is chasing the first No. 1 qualifying position of the season and first since 2015. 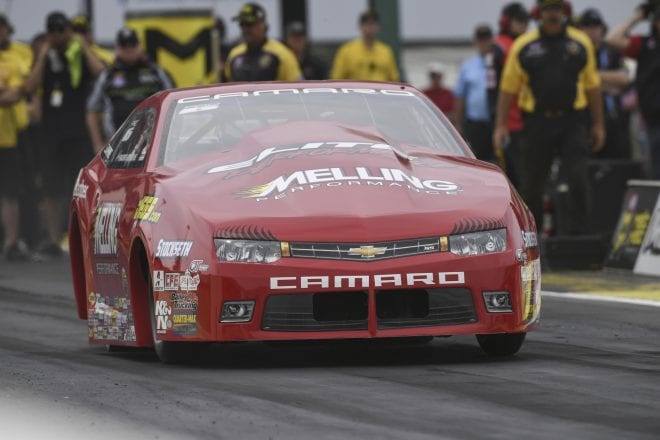 “The more time I have with this car the more comfortable I get, and I’m really just thrilled to have a car that is competitive that you are able to drive to the winner’s circle on Sunday,” Enders said. “I can hear the confidence back in my crew chief’s voice which gives me a ton of confidence every time I hit the track.”

Vincent Nobile sits at second with a run of 6.629 at 208.01 in his Mountain View Tire Chevy Camaro, as defending event winner Tanner Gray rounds out the top three.

Qualifying continues at 1:30 p.m. on Saturday.