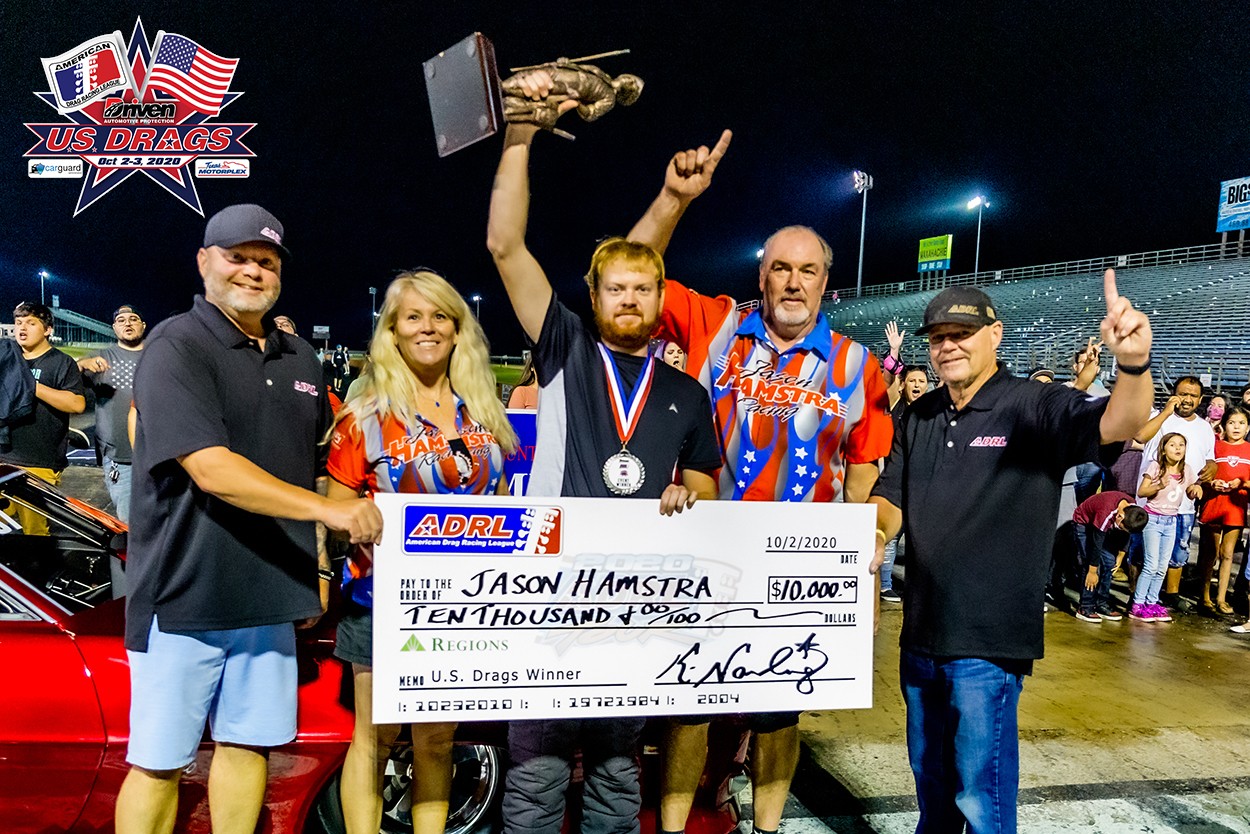 Jason Hamstra became the third different Pro Extreme winner in three American Drag Racing League events this year when he beat Bubba Stanton Saturday at the Texas Motorplex. The ADRL US Drags, the second race here in 2020, was the site of incredible weather Friday and Saturday and even better racing for the thousands of rabid fans in attendance. 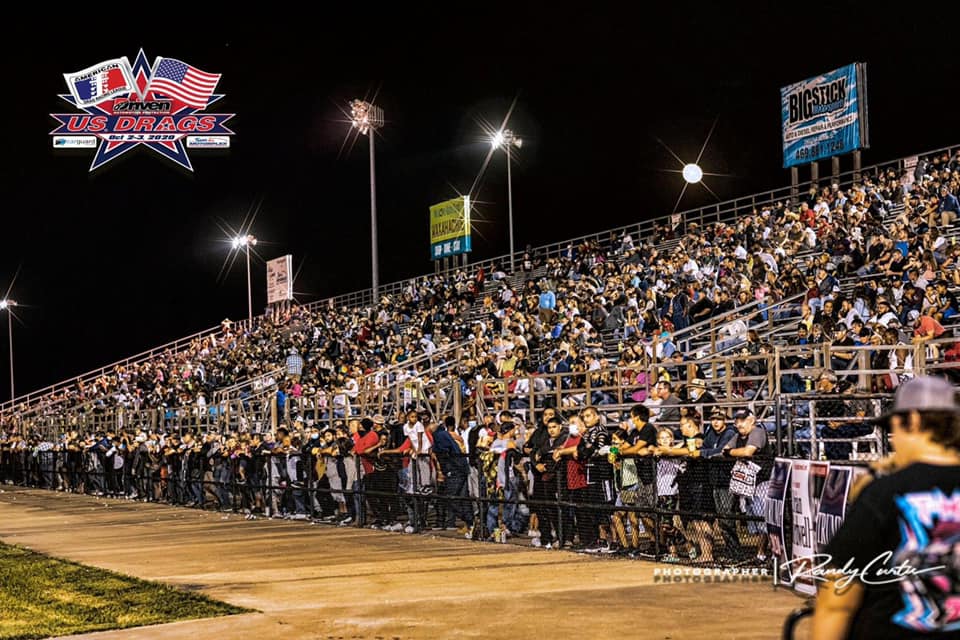 (Photo by Randy Curtis)
Hamstra earned the victory in dramatic fashion against Bubba Stanton, barely pulling out the win with a 3.642-second pass at 216.31 mph over Stanton’s 3.657-second lap at 210.44 mph. The thrilling final capped off an amazing weekend of side-by-side racing in the PX class with Hamstra’s qualifying run setting the ADRL record for the class.

“We had the biggest crowd of the year at Texas and we rewarded them with our brand of racing!” said ADRL President Mel Roth. “We had perfect weather, another great track thanks to (Texas Motorplex GM) Andy Carter and his crew, and some of the best doorslammer racers in the country. And we’ve still got another race to go!” 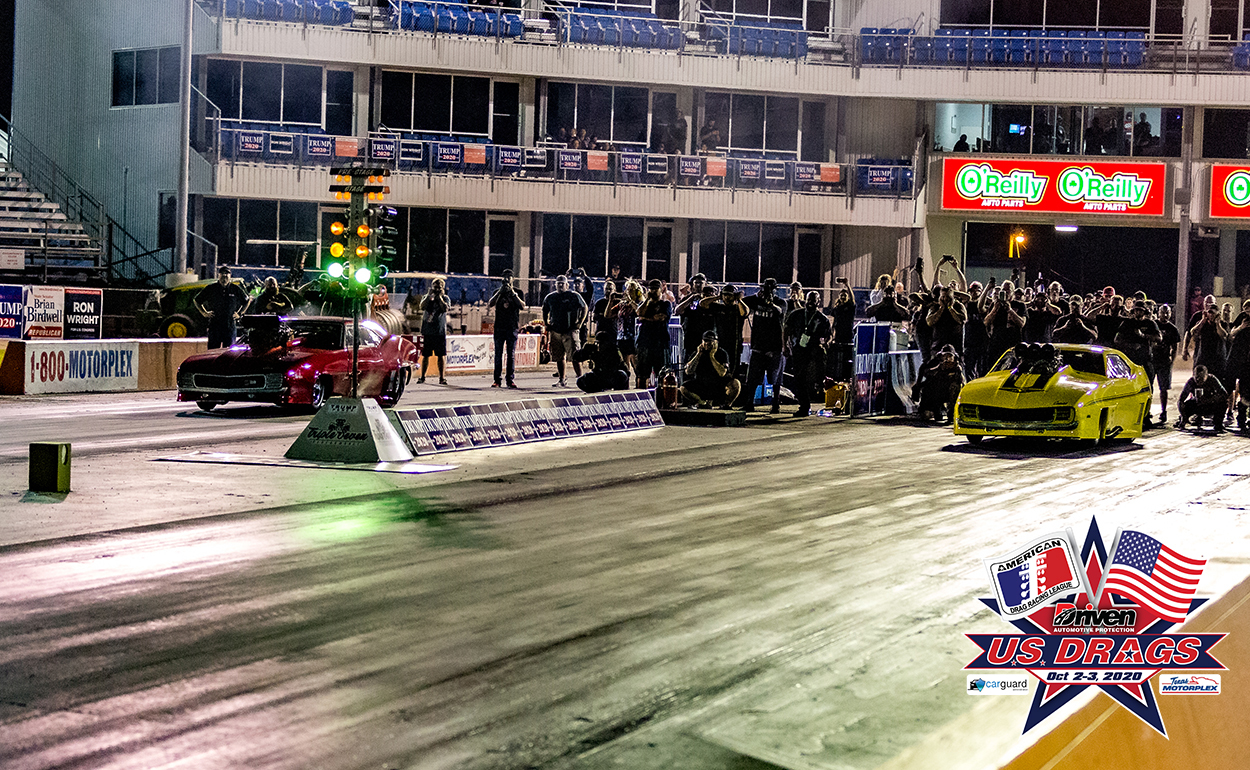 (Photo by Jason “Nubs” Dunn)
Hamstra was the Pro Extreme top qualifier thanks to his Friday qualifying pass of 3.608 seconds at 216.65 mph. Only Frankie “The Madman” Taylor came close. Under the lights, Taylor pushed the button and never let up, but his race car couldn’t overcome an early sashay. What could have been the first official pass in the 3.50s since the return of the ADRL ended up as an ET of 3.642 seconds at 210.31 mph. Taylor, a native Texan and the winner of the ADRL’s first race of the season, fell in the second round to Eddie Rogers.

In Big Tire No Time action, it was Texas vs. Oklahoma in an epic final round. Texan Landon Hobbs earned the win light over Street Outlaws star and Oklahoma native Kayla Morton, who put up a door-to-door drag race against Hobbs for the ages.

(Photo by Jason “Nubs” Dunn)
While Stanton would’ve liked to have seen one more win light Saturday, his runner-up appearance locked up his berth as the fourth-and-final participant in the legendary ADRL Battle For The Belts. The PX top four in points (Jason Hamstra, Frankie Taylor, Hank Stubbs, and Stanton) face off Friday, Oct. 23 at World Wide Technology Raceway for Day 1 of Dragstock XII with the winner earning the ADRL Title Belt and $10,000.

The 2020 ADRL season wraps up at WWT Raceway outside St. Louis Oct. 23-24 for Dragstock XII. As always, ADRL tickets are FREE and can be found at a number of area businesses and can be printed at home by visiting ADRLDrags.com. Streaming of Dragstock XII will be provided by SpeedVideo.com.