It took plenty of work and taking the car completely apart, but Top Fuel driver Mike Salinas believes his team has found the root of a problem that has plagued the talented team the last two races.

Salinas and his Scrappers Racing group will find out if they’re correct at this weekend’s Denso Spark Plugs NHRA Four-Wide Nationals at The Strip at Las Vegas Motor Speedway, but Salinas is confident his season is about to get back on track.

“We’re 99.9 percent sure we got it taken care of and we’ll know right away,” Salinas said. “But the guys are as vigilant as I am. They left no stone unturned. This weekend, we expect the car to go out and run good numbers, and get back on track the way it should be. We’re there for one thing and one thing only, and that is to win.”

That’s what made the last two races so frustrating, especially after starting the 2019 NHRA season in Pomona with a semifinal showing, an event-best speed and a series of runs in the 3.60s. Salinas, who is currently seventh in Top Fuel points, qualified second at the most recent race in Gainesville, but the trouble that plagued the team in Phoenix appeared in eliminations in a first-round defeat. 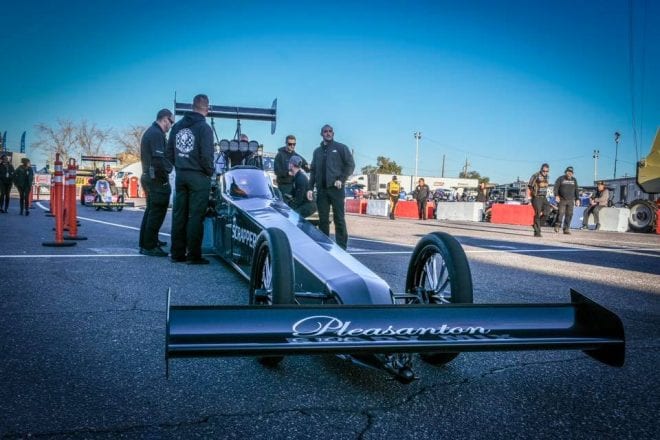 That led to a complete overhaul of the car, as the team, led by crew chief Brian Husen and tuning advisor Alan Johnson, stripped every part and piece. With the dragster completely apart, the team went to work. When they were done analyzing everything, they were confident they had found what had ailed them the last two events.

“The confidence is really high with the guys. They went above and beyond looking for the problem,” Salinas said. “They’re really good. I’m expecting to jump in the car and that it will run smooth and fast.”

It’s part of a positive approach Salinas has engrained in this team as he seeks his first Top Fuel victory. To get it in Vegas, he will have to solve the unique challenge that is four-wide drag racing.
It’s a spectacle that drew massive crowds to The Strip at Las Vegas Motor Speedway during the track’s inaugural four-wide race a year ago, but Salinas said staying locked will be vital for success this weekend.

“We’re focused on our lane and nothing else,” Salinas said. “The four-wide race can be hard, but Vegas is a great track, we’re confident the car is going to be fast and I think we should have a great outing. We have a front-running car and we want to make sure it stays up front.”

Salinas’ daughters, Jianna and Jasmine, will join him in Vegas, with Jianna making her four-wide racing debut in Pro Stock Motorcycle. Jasmine will have the traditional two-lane racing in Top Alcohol Dragster, as both look to improve on their solid outings in Gainesville that started their respective careers.

“They got the first race of the year out of the way, but the girls are driven,” Salinas said. “It’s going to be a learning year and this is a very humbling sport, but the girls are working hard and they are vigilant to become good and still have fun.” 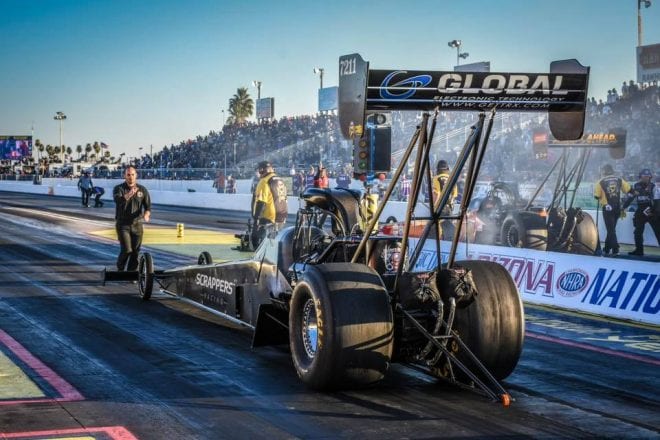