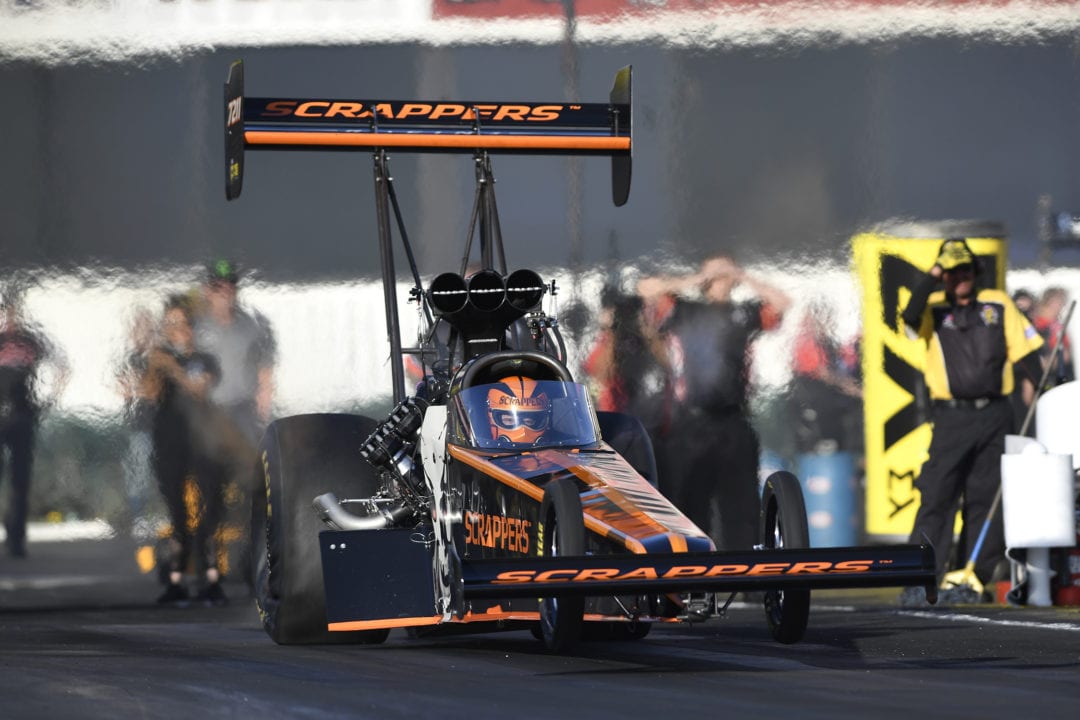 There has been a lot for Mike Salinas to celebrate in what will be his most extensive season on the NHRA Mello Yello Drag Racing Series circuit. But after earning his first final round appearance in just his 25th race, the Top Fuel driver is not satisfied.
Despite being young in his Top Fuel career, Salinas has already made a big impression, currently sitting ninth in points heading to New England Dragway for this weekend’s sixth annual NHRA New England Nationals. That includes making a final round appearance last month in Bristol driving his 10,000-horsepower Scrappers Racing dragster, but as the second half of 2018 begins, Salinas is aiming for more approaching the Mello Yello Countdown to the Championship. 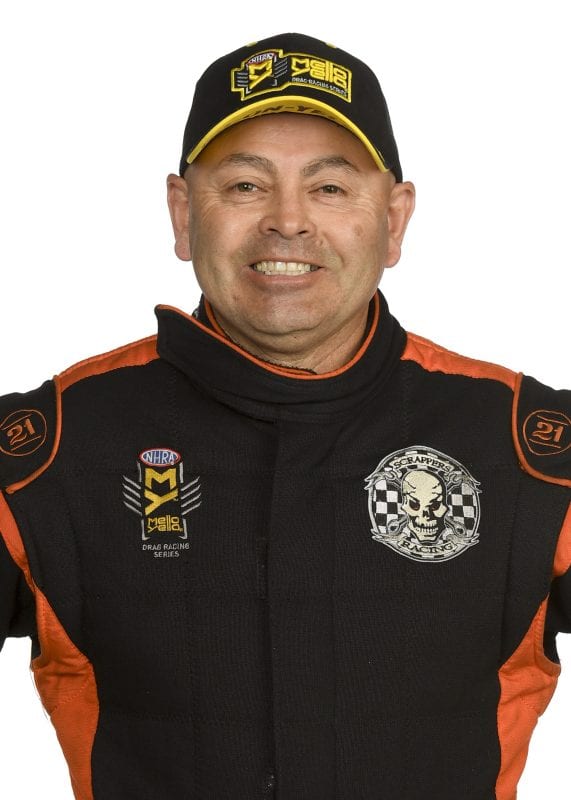 “Our goal is to try to get to sixth or seventh (by the Countdown),” Salinas said. “Then you can do something from there. The important thing is nothing we’ve done is good enough yet. Our standards are pretty high and we want to keep moving forward. We’re learning so much, but we just don’t want to be here to be here. I’m a pretty competitive guy and I don’t like losing.”
Brittany Force (Top Fuel), Matt Hagan (Funny Car), and Erica Enders (Pro Stock) were last year’s winners of the event that will be televised on FOX Sports 1, including live finals coverage starting at 1:00 p.m. (ET) on Sunday, July 8. It is the 13th of 24 events in 2018, as the race takes place in July for the first time. A huge fanbase in the area will welcome Salinas, who also has a semifinal showing this season in Atlanta. His wife is also pursuing her master’s degree at Harvard, adding more incentive for Salinas to do well in front of the New England-area fans.
But Salinas has become a legitimate threat in the Top Fuel class, consulting with noted tuner Alan Johnson. His team, led by crew chief Doug Kuch, has made great strides in a short time this year and Salinas is motivated watching the success of points leader Steve Torrence, who has four wins in 2018 and 12 since last year. It has given Salinas hope he can compete against multi-car teams, too, and he can see the confidence growing in his team.
“All the guys have done a great job,” Salinas said. “I want these guys to be on this team. They’ve worked their butts off and the morale of the team is great. It’s good for them to see us have some success. I told my crew chief to teach me how to race and that’s what he’s doing.”
Salinas has made considerable strides behind the wheel, but he has high expectations going against the likes of Torrence, defending event winner and world champ Brittany Force, Tony Schumacher, who beat Salinas in finals at Bristol, Atlanta winner Leah Pritchett, Clay Millican, Antron Brown, Doug Kalitta, and Terry McMillen. It’s a star-studded field, but Salinas has no plans of slowing down and he’ll head to Epping with a full crew determined to have a strong showing.
“What’s really nice is Bristol we were three people short,” said Salinas, who is racing at New England Dragway for the first time. “We had a full crew in Norwalk and we’ll have a full crew for this race. What we need to do is go rounds and not make mistakes. It’s just about being methodical in how we do things. I want to outrun them so I know in my heart we did it right.”
Hagan picked up his second win of 2018 with a victory in Norwalk, closing the gap on points leader Courtney Force, who has four wins this season and won the inaugural race at Epping. Others to watch include two-time season winner J.R. Todd, Robert Hight, and Ron Capps.
Erica Enders is one of eight Pro Stock winners in 2018, but everyone is chasing points leader Tanner Gray, who has three wins this season. Other top standouts include Jeg Coughlin Jr. and Vincent Nobile, who each have two wins, Greg Anderson, and defending world champ Bo Butner.
The event also features thrilling competition in the NHRA Lucas Oil Drag Racing Series, as well as the Mickey Thompson Tires Top Fuel Harley Drag Racing Series. Those in attendance will also have the once-in-a-lifetime opportunity to interact with a few of the most renowned names in drag racing during the NHRA Legends Tour. This will feature meet-and-greets, autograph sessions, and a variety of other activities. Legends scheduled to attend the NHRA New England Nationals include Al Segrini, Tom Prock, and Arnie Karp.
As always, fans can interact with their favorite drivers as they’re granted an exclusive pit pass to the most powerful and sensory-filled motorsports attraction on the planet. This unique opportunity gives fans direct access to the teams, allowing them to see firsthand the highly-skilled mechanics service their hot rods between rounds, and get autographs from their favorite NHRA drivers.
Fans also will want to visit NHRA’s popular Nitro Alley and Manufacturers Midway, where sponsors and race vendors create a carnival atmosphere, with interactive displays, simulated competitions, merchandise, food and fun for the entire family.
Mello Yello Drag Racing Series qualifying will feature two rounds at 4:30 and 7 p.m. on Friday, July 6 and the final two rounds of qualifying on Saturday, July 7, at 1:30 and 4 p.m. Final eliminations are scheduled for 11 a.m. on Sunday, July 8.