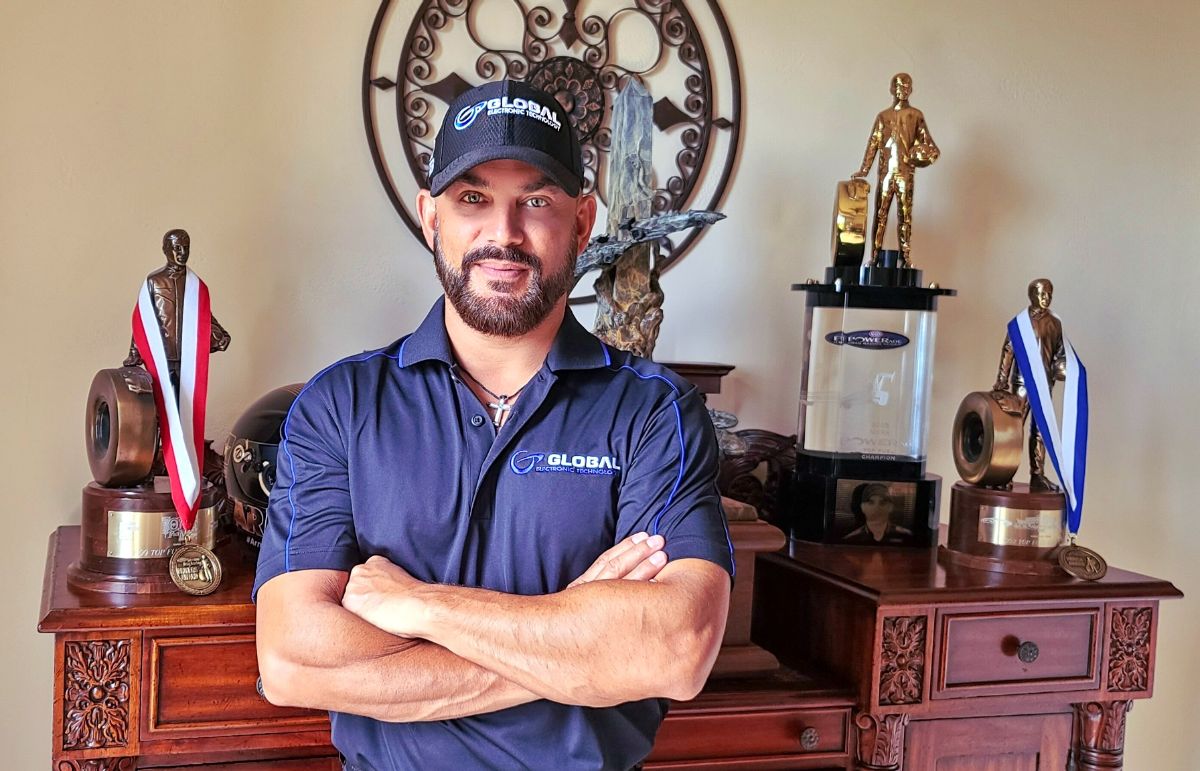 Tony Schumacher, the winningest Top Fuel driver in NHRA history, will make his highly-anticipated return to the dragstrip when the 2020 NHRA Mello Yello Drag Racing Series season resumes next month. The eight-time world champion will be back behind the wheel of a Don Schumacher Racing Top Fuel dragster to compete in the NHRA’s two consecutive July events at Lucas Oil Raceway, located just outside of downtown Indianapolis, and less than two-miles from DSR’s headquarters in Brownsburg.

Schumacher will join teammate Antron Brown in representing Steve and Samantha Bryson’s Global Electronic Technology, the fastest name in credit card processing. He will campaign Brown’s back-up car, with crew chief Brian Corradi calling the shots on both of the multi-time champions’ machines. Brown, who announced his partnership with Global Electronic Technology ahead of the 2020 season, was instrumental in bringing Schumacher and the Brysons together to fuel the second-generation racer’s return to NHRA action. Between Brown and Schumacher, the Global Top Fuel tandem boasts a combined 11 championships and 134 wins.

“Global Electronic Technology is synonymous with a winning culture,” said founder and CEO Steve Bryson. “Every day we help our customers win in business, so who better to partner with than the driver who has won more Top Fuel races and championships than anyone? Tony Schumacher is one of the best ever, and to pair him with another all-time great in Antron Brown and DSR is a dream relationship for Team Global.”

By competing in the back-to-back Indianapolis events, Schumacher, an 84-time race winner who has checked nearly every box in the record books, is seeking to add to his lengthy list of accomplishments, while also utilizing the opportunity as a way to rebrand himself.

“I’ve always been the ‘Army guy,’” said Schumacher, referring to his impressive run of nearly two decades representing the U.S. Army, which spanned from 2000 to 2018 and remains one of the longest-running partnerships in motorsports history. “It was an absolute privilege to represent them for so many years, but I’m not that guy anymore, and it’ll be exciting to be the face of a different brand, Global Electronic Technology, when I return to Indy next month. A huge thank you goes out to Steve and Samantha Bryson for allowing me this incredible opportunity to get back out there.” 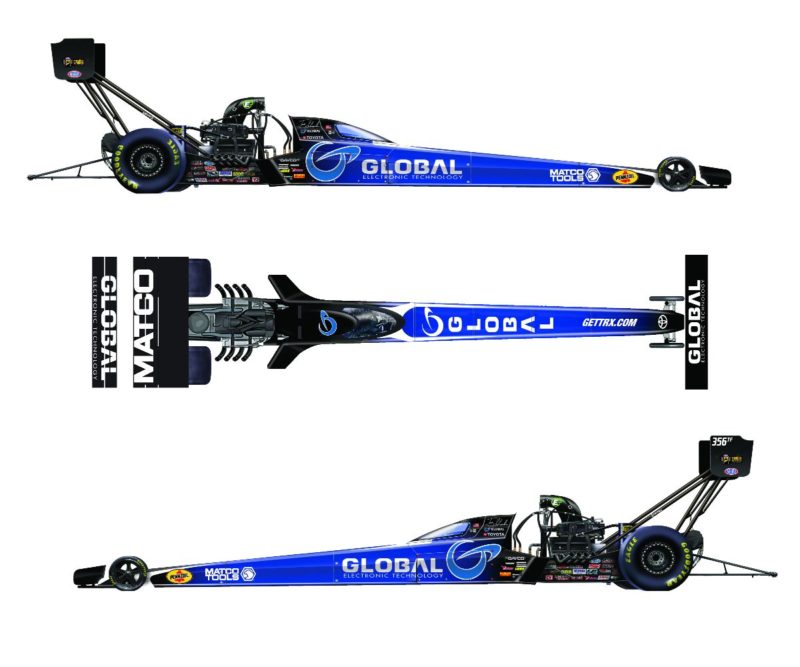 While at this time Schumacher is only scheduled to compete in the two July events, his ultimate goal continues to be assembling a full-time, multi-year program. Up until this point, Schumacher has publicly stated on multiple occasions that he wasn’t interested in pursuing ‘one-off’ type of events, but said that what attracted him to this particular opportunity was that ‘everything made sense.’

“I’ve never wanted to come back halfway. If I’m going to do it, I want to do it right and have a real, legitimate shot to win the race. I want to be in a competitive car, and I also don’t want to race in anything but a canopy car,” explained the Austin, Texas resident referring to the DSR-developed enclosed cockpit canopy, which serves as a safety mechanism on all DSR Top Fuelers, and has since been adopted by several other NHRA teams.

“I also would never want to hire people only to release them in two weeks. We have so many extremely talented people at DSR, several of whom have gone on to create careers for themselves in our machine and fab shops, and at Don Schumacher Motorsports. Those are the guys that will be working on my car these two weeks. They know how to be safe, and they know how to win, and then you have Brian Corradi who has won championship after championship. That’s how I know that even though this is just two races, we will still be competitive, and we will do it right.

“You also can’t discount the fact that these races will air on network FOX; that’s huge and I’m thrilled to be able to promote Global on such a large stage. And, the fact that it’s at Indy, which is where I’ve had the most success,” he added of his unprecedented 10 NHRA U.S. Nationals titles, which makes him the most successful NHRA driver in Indianapolis history. “As I said, it just all made sense. I’ve driven thousands of laps, I love racing, and I love doing it for the right reasons. We’ve got a gift here and we’re really looking to make the most of it.”

Schumacher and the Global Electronic Technology team will make two test runs at Lucas Oil Raceway on Friday, July 10 before they begin qualifying on Saturday for Sunday’s elimination show, airing on FOX. Qualifying is scheduled for 12:30 and 4:00 p.m. ET on July 11, with final eliminations scheduled to begin at 9:00 a.m. on July 12.