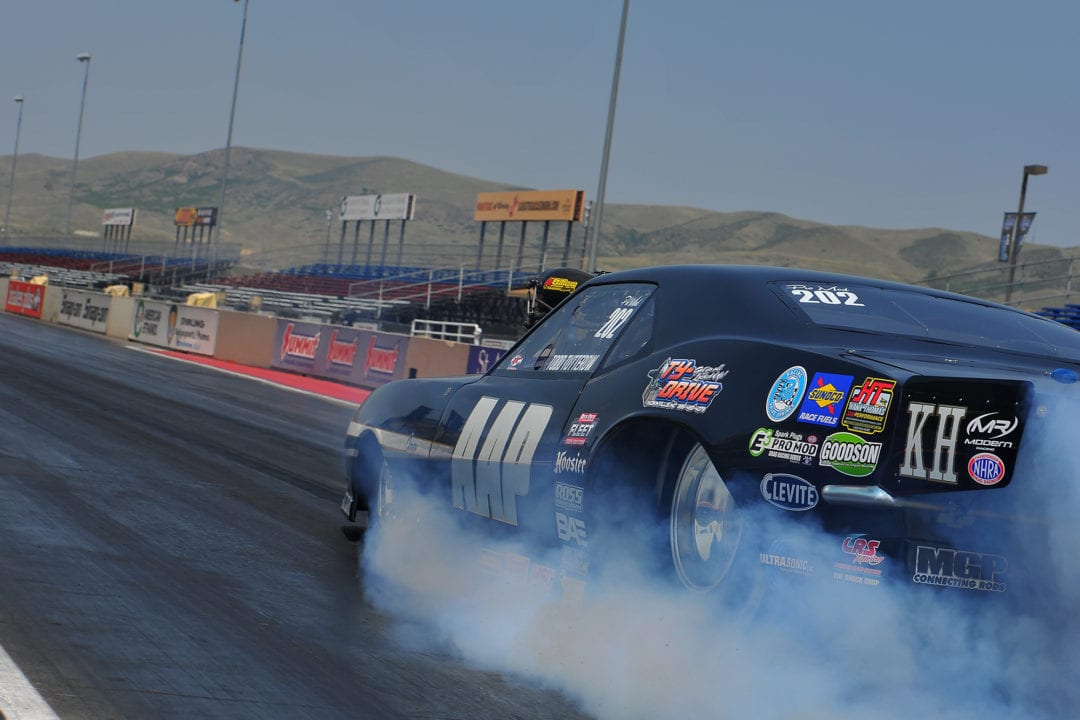 By most accounts, Todd Tutterow’s performance during the three days of testing for this weekend’s DRAG ILLUSTRATED World Series of Pro Mod was among the best of all the participants.

Tutterow wasn’t quite as sure, but he’s just fine if that’s the perception heading into Saturday’s eliminations.

“That’s what we want because it’s all a mind game right now,” Tutterow said.

At the very least, Tutterow made it known he’s come to Thunder Mountain with the intent of doing whatever it takes to win the $100,000 prize.

That wasn’t unexpected, but the longtime Pro Mod standout did yeoman’s work in testing, making 10 runs over three days, which is believed to be the most of any of the participants.

With the scoreboards off, Tutterow didn’t know how quite to gauge it compared to the rest of the field, but he’s confident he’ll have something strong for Saturday’s eliminations.

“We’re still blind to where we’re at,” Tutterow said. “I feel like the turbo cars got us, but I don’t know. We’ll see. You never know how you’ll do here until you’re here. We’ve run in Vegas and did well, but this is different.

“We made good runs. The early part of the run we’ve had power, but out the back I don’t know how we stand.”

Tutterow will find that out soon enough, but first up is the WSOPM Drag 965/Nitrous Outlet burnout contest during the second Summit Racing Equipment Shakedown Run on Friday.

Tutterow has every intention of competing for the $5,000 payout to the burnout contest winner, so much so that if his burnout is good enough he won’t be able to make a pass that session.

Tutterow plans on making full pulls in the first and third sessions, leaving him plenty prepared for eliminations, but he’s been drawn in on the buzz approaching the burnout contest.

“The hype is out there,” Tutterow said. “There’s big money and a lot of excitement.”