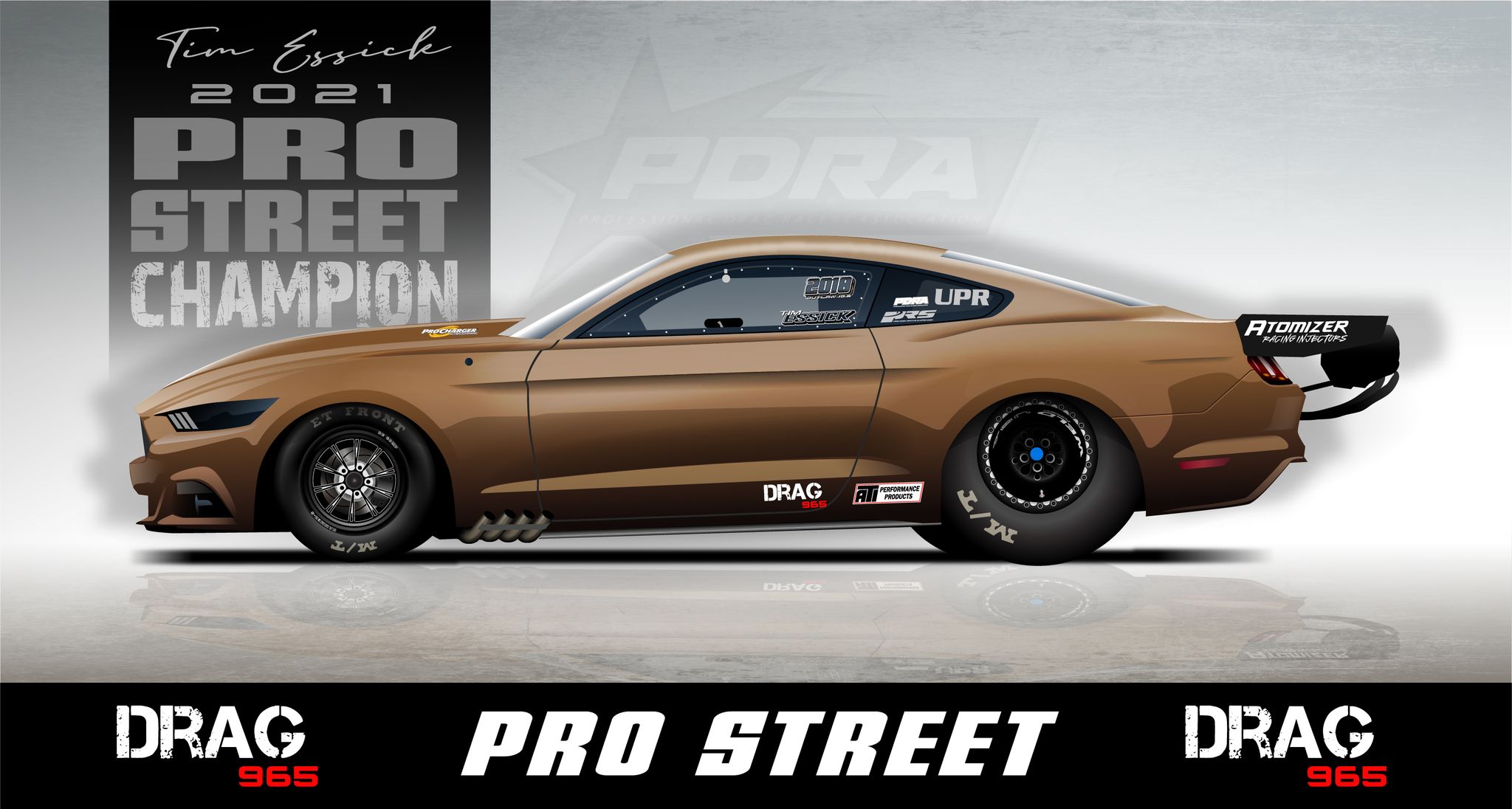 It took a near-dominant season for Tim Essick and his ProCharger-boosted “Brown Sugar” ’18 Mustang to win the first-ever Drag 965 Pro Street world championship in the Professional Drag Racers Association (PDRA). The Outlaw 10.5 veteran’s commitment to the new class paid off, as he won four races and set the record twice to claim the title.

“It’s so special,” Essick said of the championship. “Just to be able to do it the first time out is just phenomenal. I want to repeat it. I want to be like [Jim] Halsey. Keep having [the class] and I’ll keep coming.”

Essick, who built his fan-favorite car in his own home garage, reached the final round at the season-opening East Coast Nationals presented by FuelTech, losing the round to championship rival Jesse Lambert. He went on to win the DeCerbo Construction American Doorslammer Challenge presented by Callies at Norwalk, where he also set a new class record, before suffering a first-round loss at his home race, the North vs. South Shootout presented by Line-X at Maryland International Raceway.

At the finale, Essick lowered the class E.T. record twice with a 3.918-second pass in the first round and a jaw-dropping 3.875 in the semifinals. On a bye run in the final round, he posted a 3.913 – the exact number he needed to back up the 3.875 record. But even with the record and the event win, Essick’s mind was on the significance of the championship.

“Winning the championship is the big thing,” Essick said in the winner’s circle. “It’s been a long time since I won a world championship. It means the world and I’m so happy to have a series to be able to do that in. We struggled a little bit earlier this weekend, but we made everything come together when it mattered. Can’t find the words.”

The PDRA will celebrate Essick and its other 2021 world champions at the annual PDRA Awards Banquet on Friday, Dec. 10 at the Indianapolis Marriott Downtown.