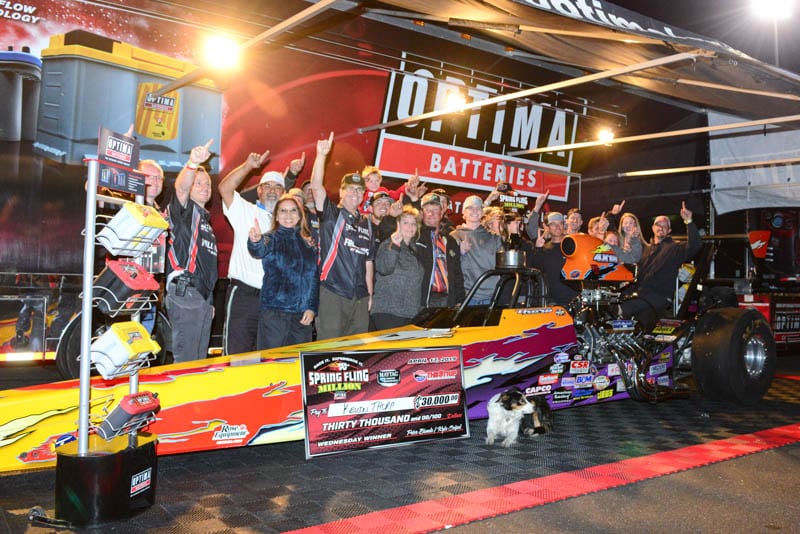 Sunshine and warmer temperatures greeted racers today at The Strip at Las Vegas Motor Speedway for the Maytag/Silverstate Refrigeration Wednesday of the K&N Spring Fling Million presented by Optima Batteries. The plan for today was a single time trial for new entries only followed by eliminations for the Maytag $30,000-to-win day. However, first up was the American Race Cars/Brando Custom Paint Dragster Shootout to finish their eliminations leftover from Tuesday night.

With three cars left in the Shootout, Jeff Burns received the odd car bye run to advance him directly to the final round where he would face either Shane Thompson or Gary Williams. While the win in the final would earn that person a brand-new dragster, the semifinalist receives a free three-day entry to the 2020 Spring Fling Million event. The runner-up receives a free entry to the Million Dollar portion of the 2020 Spring Fling event.

In that semifinal round, the importance of a good reaction time was pretty evident when Williams left with a .004 reaction time to Thompson’s .030, leaving Thompson on the outside when it came to the finish line. For his bye run, Burns left the line with a red-light which gave Williams lane choice for the final round.

And in that final, Williams left first by virtue of his 4.66 dial-in with a .005 reaction time, but Burns’ .012 and dead-on the dial with “3” was enough to reward him with a new race car to take home to Tennessee. 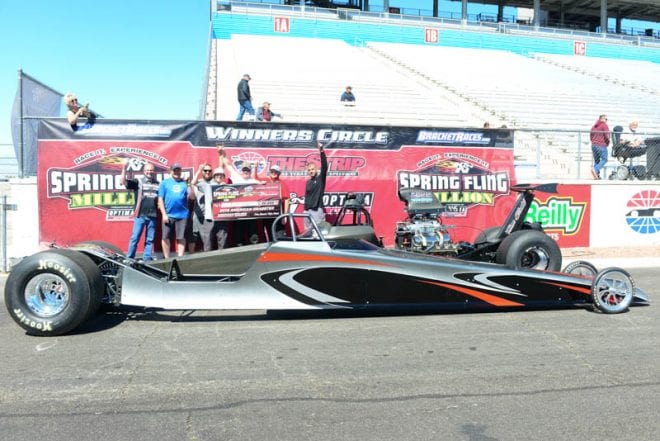 Eliminations for Maytag Wednesday’s main event then began at roughly 10:00 in the morning and by the time the first round was complete at around 2:50 in the afternoon, 562 entries had competed in the first round. “We are so thankful for all our customers who had the faith in us to put on a great event,” said co-promoter Kyle Seipel. “This is our biggest event since we began here in Vegas seven years ago. We’re so excited in that as of today, we are on line to have the largest payout ever for Friday’s main Million race.”

Round eight and the remaining drivers for the $30,000-to-win race were Thorp and Labbous, with Labbous using a .005 reaction time to earn the last remaining bye run into the final, while Pennington took his quarterfinal bye run. Thorp and Pennington battled it out for their chance to face Labbous in the final, but Pennington turned on the red-light by -.005 to advance Thorp. Labbous took his bye run with a .004 reaction time which gave him lane choice for the final against Thorp. And then there were two.

For a man who has a number of Spring Fling trophies to his credit and had been killing the ‘Tree all day, Labbous dropped it red by -.004 in the final to hand the trophy to the man from Knickerbocker, Texas. “So unbelievable,” said Thorp. “I was good when I had to be good and lucky when I needed to be lucky.” 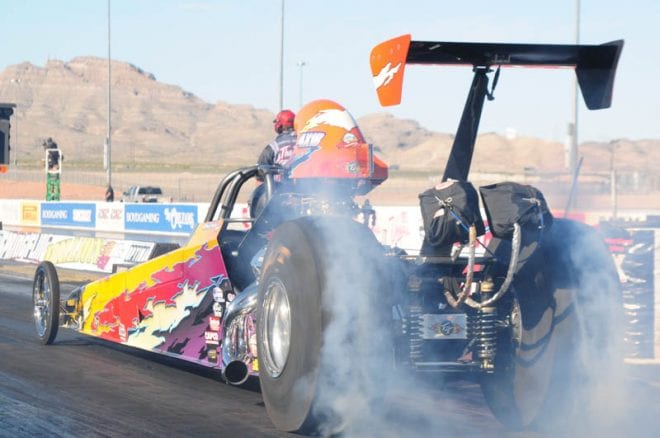