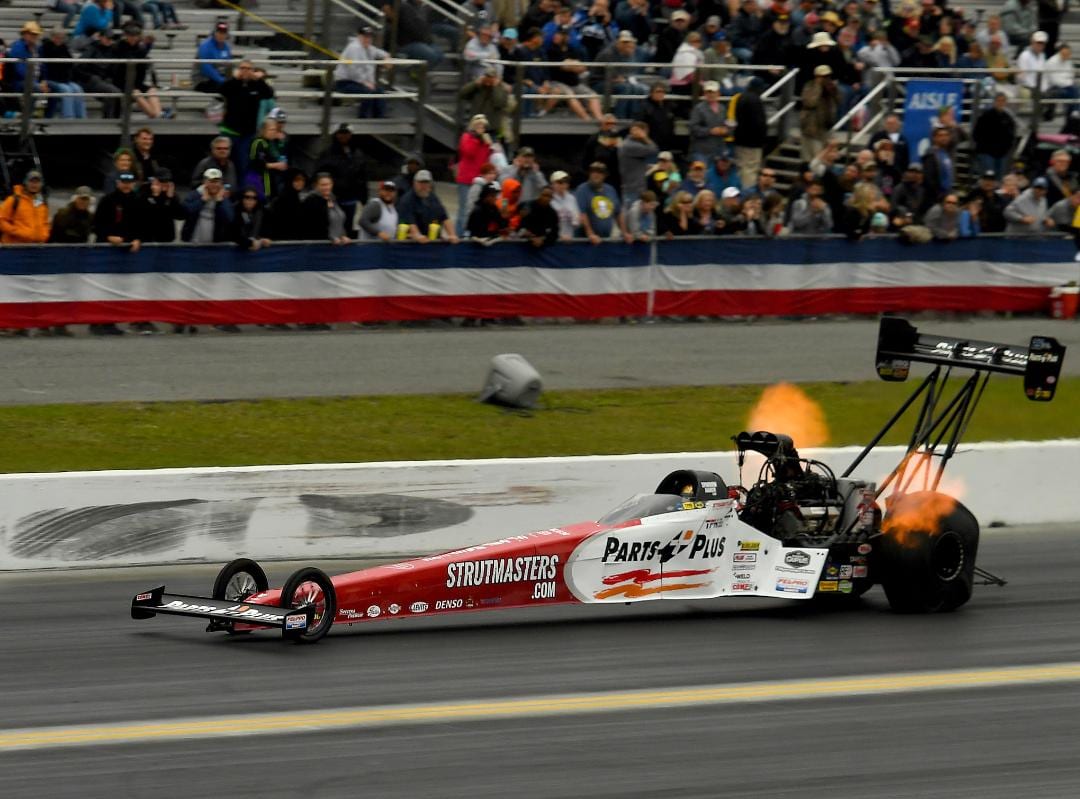 After an incredible runner-up finish in Top Fuel at the NHRA Gatornationals, Clay Millican welcomes Denso Spark Plugs as his primary sponsor at the Denso Spark Plugs Four Wide Nationals this weekend at The Strip at Las Vegas Motor Speedway. Along with Denso, Millican will include the B.R.A.K.E.S. organization signage on his entry. B.R.A.K.E.S. is a non-profit entity dedicated to saving young lives through teenage driver’s training and education.

After an impressive run in Gainesville, Millican moved into the top 10 in points and sits just three rounds out of second place, proving his new team has come together quickly.

“I knew it was going to be okay,” said Millican. “There were plenty of naysayers to hiring a guy who has been out of it a while, but we were confident. There was no question in our mind Mike Kloeber was going to be able to win rounds.”

Looking ahead to the Denso Spark Plugs Four-Wide, Millican embraces the uniqueness of the 4-wide style drag race and being able to carry the event sponsor on his car.

“I love this race,” says Millican. “With the opportunity to represent Denso at their sponsored national event, I believe we have to maintain consistency going down the track. If we do that, we’ll turn on win lights. Plus all the confusion on the starting line with four dragsters staging at one time makes it interesting for the teams and the fans.”

Doug Herbert will serve as Grand Marshal of the Las Vegas event. It’s a perfect opportunity to help spread the awareness of the B.R.A.K.E.S. foundation. Herbert and Millican have been friends for many years.

“I really can’t think of a better representative for B.R.A.K.E.S. than Clay Millican,” said B.R.A.K.E.S. founder, Doug Herbert. “Having gone from rivals on and off the dragstrip to great friends, Clay and I have similar life experiences that lend this to be a perfect opportunity to promote the organization together.”

Fans can meet Millican and other NHRA drivers this Thursday during the NHRA Fan Fest at New York-New York Hotel and Casino. The autograph signing begins at 6 pm at the Brooklyn Bridge.