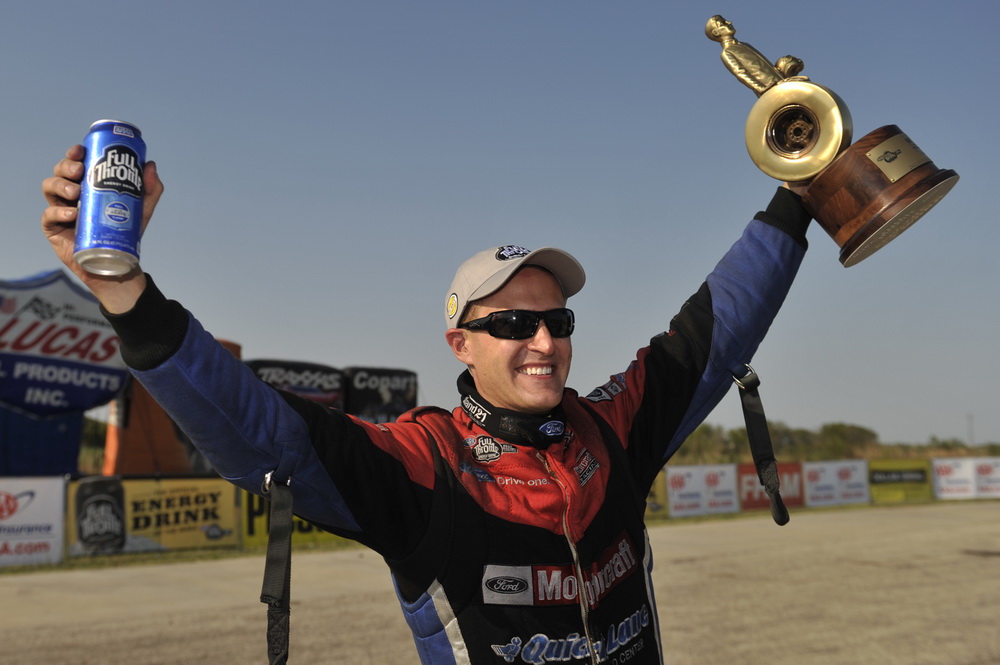 Tasca Racing is excited to announce they will be competing in four NHRA events starting with the Charlotte Four-Wide Nationals in April and then Topeka, Epping, and Chicago.

With regard to the upcoming races, Bob Tasca III says, “I’m thrilled to have NewAutoParts.com back as the primary sponsor for the Four-Wide Event. We also have three other primary sponsors that I will be announcing soon for the remaining events.”

Looking forward to his return to the dragstrip, Bob III is happy to be answering the demands from NHRA Ford fans who want to see more Ford Funny Cars on the track.

“I get emails and see social media posts nonstop asking why Ford pulled out of NHRA Funny Car racing. I talk to the executives all the time and, trust me, the Ford family and many people within the company love the NHRA Ford fans. I firmly believe that one day they will come back and support their fans and their teams. Until then, the Tasca Family will do whatever we can to keep the passion alive for the Ford fans.”

The four upcoming races, Tasca Racing will be joined by sponsors BG Products and Nitro Fish.

“I’m excited to announce that BG is on board for all four races as an associate sponsor. BG is new to the sport of drag racing. We use BG products throughout our dealerships. They provide a tremendous value to our customers and I look forward to helping build the BG brand within the NHRA fan base.”

“Nitro Fish will also be on board for all four races as associate sponsor. Kenny Koretsky has developed a wild apparel line in the Nitro Fish brand and has helped many racers over the years with funding,” says Bob III. “Kenny is a long-time friend and I’m proud to be officially on the Nitro Fish Team!

Tasca will use Charlotte as starting point to build momentum for the 2016 season. “With limited funds it’s hard to find the budget to test. We’re focused on going to Charlotte to get our setup dialed in on Friday and Saturday. We have a lot of data from that track and I feel confident, come Sunday, we will have a car that can compete for the win!” states Tasca.