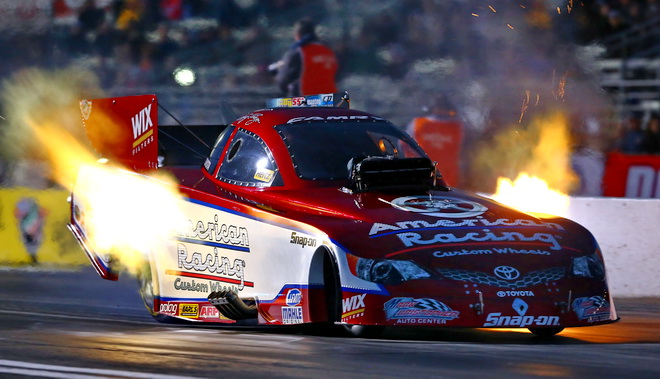 “After four consecutive races, I had some time off to evaluate our season and as we look back, we definitely expected more,” said Pedregon, a two-time class champion.

“We are not in the chase for the championship, but we still have a good car and plan on using these next two races to run hard, compete for wins and use the data to prepare and come out strong in 2015.”

Pedregon who won the Funny Car championship in 2003 and 2007 as a member of John Force Racing, now runs his own team and is in the 21st year of his pro career.  He is second on the list of all-time Funny Car wins with 43.

“I will always have great memories for the Vegas track as it has played a big role in both of my championships,” Pedregon said.