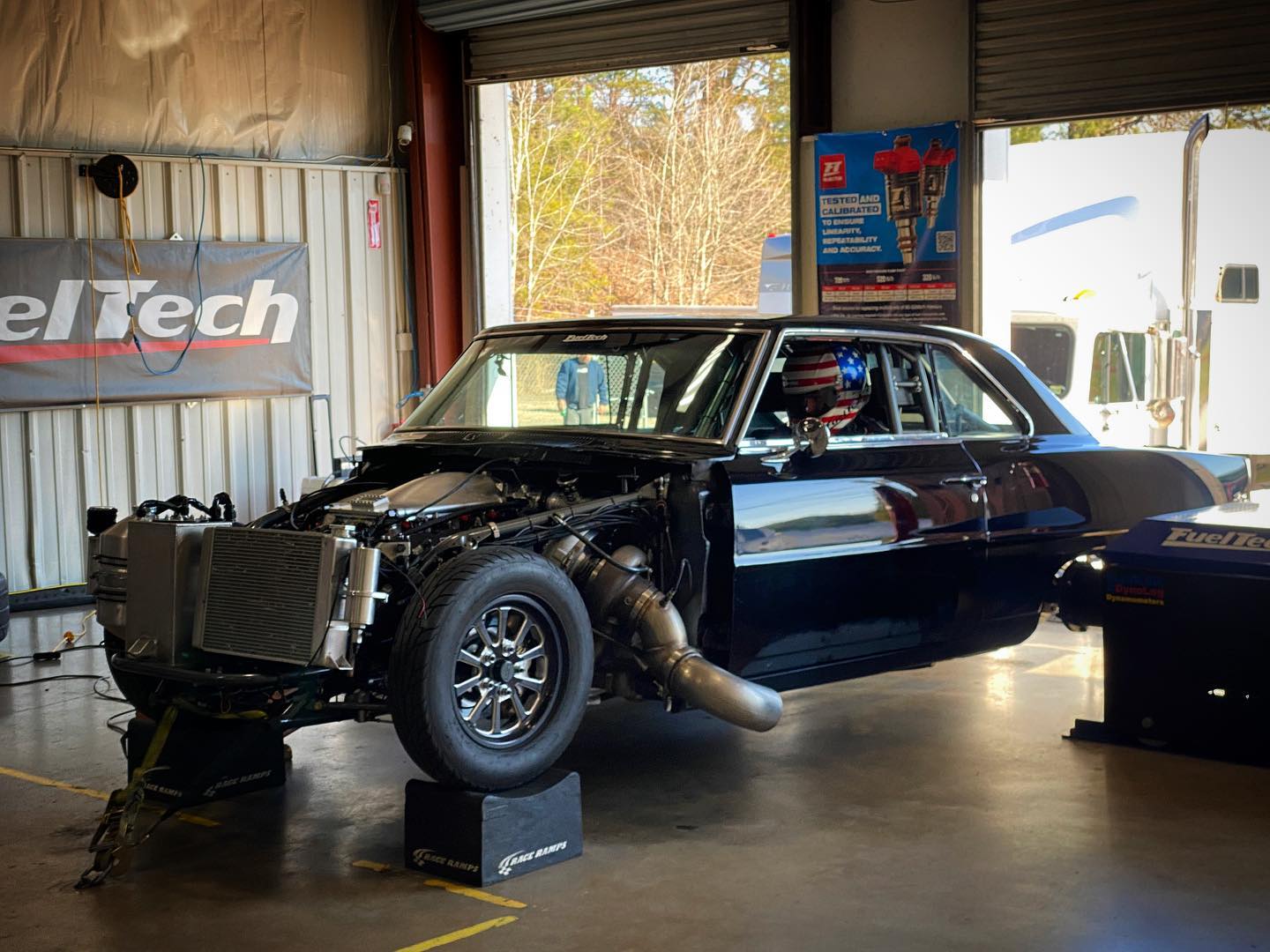 British expat Stefan Rossi is bringing some big horsepower to Sick Week, presented by Gear Vendors Overdrive, with his ‘66 Chevy Nova performing well on the dyno this week ahead of testing.

Rossi moved from the UK to California in 2019, relocating his engine shop as well as his stunning Nova.

“Over there we would drive it to and from the track running high eights,” he said. “The goal has always been Drag Week since 2015. We tried to aim for the 2019 Drag Week but we were no where near completion.

“I’ve spent the last two years building the business in the US and building customers’ engines. We thrashed to make it to Drag Week 2021 and we even had the car finished, but we just didn’t have the time for the drive to Michigan.

“When Sick Week was announced we knew we would be ready with our 3000hp+ capable LS Next2 twin turbo motor that is now in the car. We’ve spent the last month or so making sure the car is fully finished and street driving it.”

After driving across the continent to FuelTech’s Georgia HQ, Rossi put the Nova on a hub dyno and let it sing, where a conservative tune registered 2790hp. Check out the video below of an earlier 2300hp run.

If you can’t make it to the event in person, be sure to watch the live stream on sickthemag.com presented by Motion Raceworks.

And of course, be sure to subscribe to Sick The Mag so you can receive their special edition Sick Week magazine.