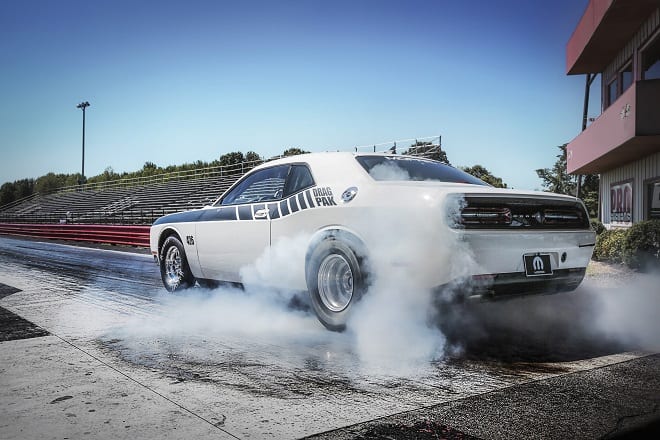 Mopar has announced the launch of ordering for the new Mopar Dodge Challenger Drag Pak, with the option of the brand’s first-ever offering of a supercharged 354-cubic-inch Gen III HEMI® engine or a naturally aspirated 426-cubic-inch Gen III HEMI engine. Pricing will be cubic-inch appropriate, with a manufacturer’s suggested retail price (MSRP) of $99,426 for the naturally aspirated 426 version and $109,354 for the 354 supercharged race car. 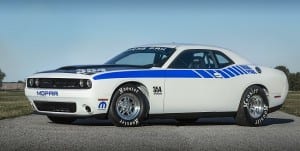 The ordering kickoff was announced at the Mopar Block Party in Golden, Colorado, a free fan event held on the eve of the Mopar Mile-High National Hot Rod Association (NHRA Nationals) drag race weekend. The three-day event features Sportsman racers who compete in NHRA sanctioned competition and for which the newest version of the Mopar brand’s modern day package car was designed.

Racers accustomed to being quick off the starting line also need to be equally speedy in raising their hands for one of Mopar’s new drag machines. Only 60 Mopar Dodge Challenger Drag Pak vehicles are slated for production, with 35 built of the supercharged Gen III HEMI® engine and 25 of the naturally aspirated engine.

Ordering will be available through authorized Dodge dealerships. Additional information on the new Mopar Dodge Challenger Drag Pak is available at www.mopar.com/mopar-drag-pak.