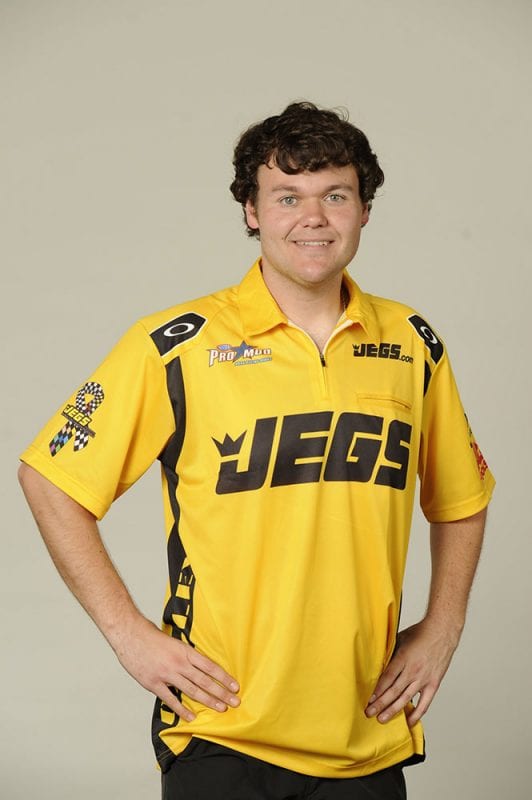 Troy Coughlin Jr. is the third-generation face of the yellow-and-black JEGS Mail Order parts empire. Having grown up at the track with his legendary grandfather, Jeg Coughlin Sr., father Troy, and uncles Jeg Jr., Mike, and John, TJ soaked up as much knowledge as possible and applied it to his own racing career. At 25 years old, Coughlin has five NHRA Super-class national event victories to his name, including a pair of U.S. Nationals titles, as well as several big-money bracket wins up to $25,000. Outside of Sportsman racing, he was named the 2015 NHRA Pro Mod Rookie of the Year and recently earned his Top Fuel license. [EDITOR’S NOTE: Coughlin will drive the SealMaster Top Fuel dragster for Kalitta Motorsports in 2017.]

Troy Coughlin, Jr.: No. I think they need to go to like a PRI (Performance Racing Industry show) and sit down and discuss dates and form a series. Don’t let it take away from the promoters. They need to communicate and respect each other. They kind of do now, based off of each other’s dates, most of them, but I think they need to create a series and segment it. Make a division out of it, almost like that B&M series. Something like that I think would be cool. But yeah, I don’t think there are too many. There can never be too many. I think it’s fun. But if it could be more organized and maybe offer a more complete incentive package – that’d be cool.

TJ: I’d say next year. By spring of next year I think you’ll see it at about 40- to 50-percent more tracks than it was just because some people don’t understand it or know how it works or are confused by it. If you look at it from a racer’s perspective, it just adds to the fairness. I don’t think there’s anything unfair about it, that’s for sure. I like it. It’s another twist to it. I’m all for it.

TJ: Starting at a NHRA divisional or national – just the atmosphere, the historic measure of it is noteworthy. There’s a lot of prestige with competing at that level, let alone winning. You get a lot more laps at bracket races, a lot more track time overall and, generally, many more chances to win. There are pros and cons to both, so picking one or the other is hard. I think it depends on where you’re having success. If you’re doing well on the top bulb racing or if you’re going a bunch of rounds Super class racing.

TJ: I think it’s getting better. I think with Peter Clifford being at NHRA, he’s a little more proactive in listening to 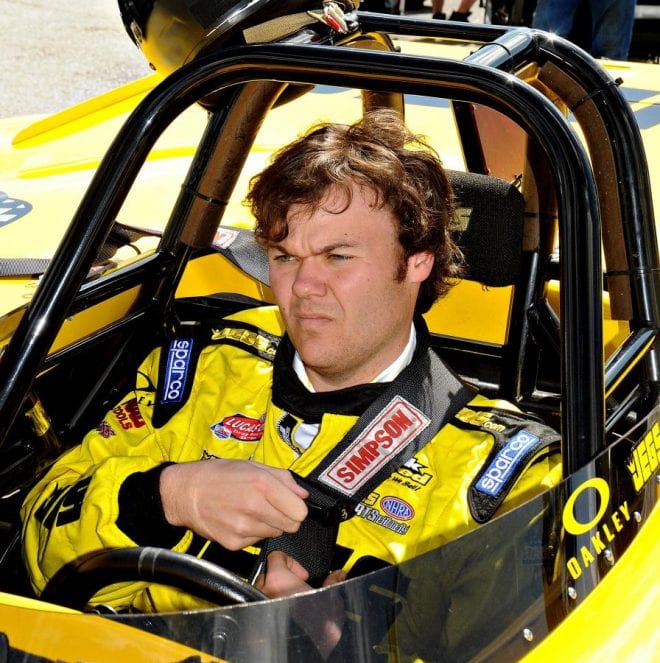 new ideas, so I think you’ll see that improve. I’ve heard some rumblings of an image at tech inspection and a check ready at the finish line. I don’t know if that’s true, but it would be king. I think that’d bring a lot of people back and a lot of good sponsors back if they knew it was going to be paid up front like that. It’s much easier from a paperwork standpoint, too, I can tell you that. I just runnered up at a divisional and I’m still getting these checks and you’ve gotta stay on top of it. It’s certainly not an inconvenience, but it’s sometimes pretty interesting trying to track it all down.

TJ: I think it’s entries and quotas. I think they need to expand the quotas and build some more incentive to sportsman racing. They’ve done a great job of putting marketing around it. They do the whole post-win parade and interview. Doing a better job educating fans on sportsman racing would be big, too. We need to let fans and young people know they could literally take their street car out to their local drag strip and get involved as a racer immediately. You can’t do that in any other motorsport; you can’t paint a number on your minivan and pull onto a dirt oval. I think that’s cool.

This is an excerpt of a story that originally appeared in Drag Illustrated Issue No. 110, the Sportsman Issue, in June of 2016.