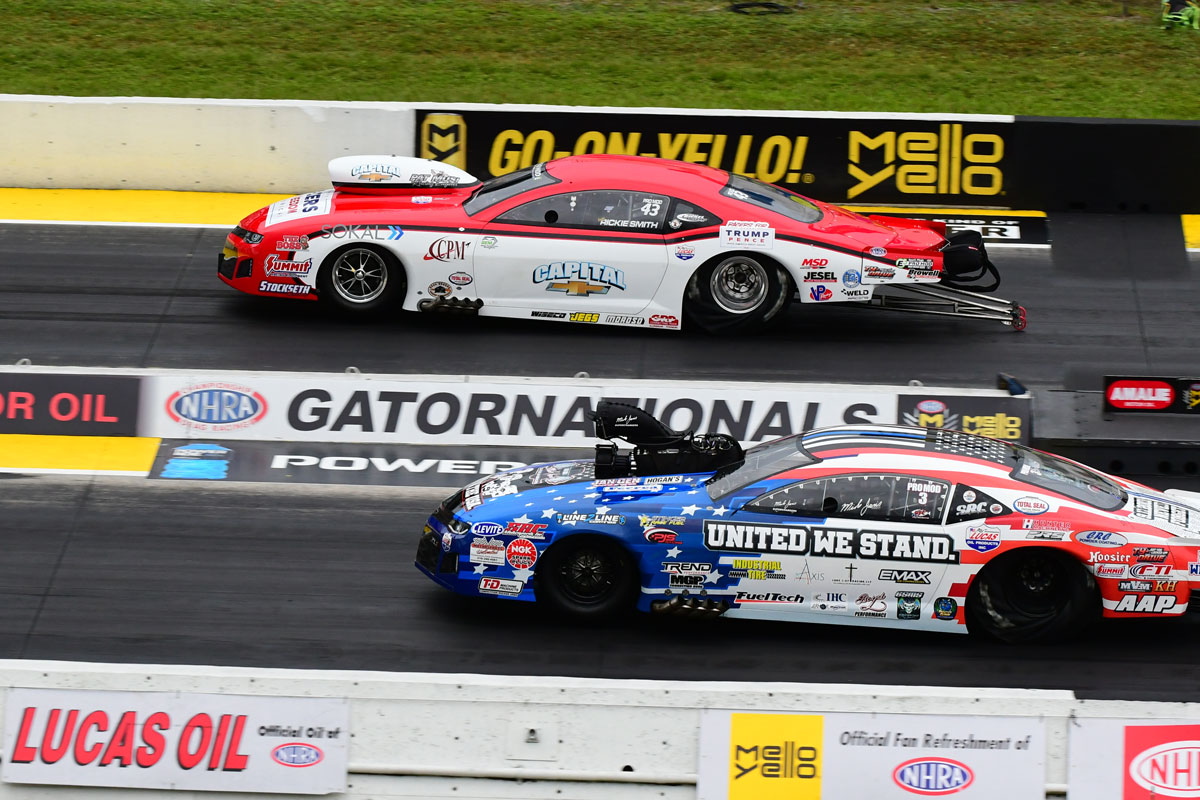 Smith rolled to the win at the NHRA Gatornationals in his Musi-powered Chevrolet Camaro, beating Mike Janis in the final round with a run of 5.801-seconds at 249.63 MPH, giving the Pro Mod legend his 16th career victory in the class. It also gave Pat Musi Racing Engines its third win in four races during the 2020 NHRA Pro Mod season, with each victory coming from a different driver.

“It was really good to see Rickie come through, and these nitrous guys working with us are kicking everyone’s butts right now. That means more to me than anything,” Pat Musi said. “We’ve got three wins in four races in the NHRA, Tommy (Franklin) is leading the points in PDRA Pro Nitrous, so it’s all good. Rickie’s a really good racer and he had a great weekend. I couldn’t be happier about the way our customers are running.”

After missing the first two races of the NHRA Pro Mod season, it didn’t take long for Smith to find the winner’s circle. He qualified fourth with a 5.866 at 249.63 MPH and was incredibly consistent throughout eliminations. He started with a 5.784 at 249.81 MPH and followed it with a 5.793 at 249.07 MPH to advance to the semifinals.

He knocked off No. 1 qualifier Brandon Snider with a 5.815 at 249.53 MPH before leading wire-to-wire against Janis. That consistency is a tribute to Smith’s talents, as well as Musi’s nitrous engines. That’s an aspect vitally important to Musi and his team, who pride themselves on running fast, but also doing it without hurting parts and running well in all types of conditions.

Drivers were forced to work through hot and sticky weather in Gainesville, but Smith’s nitrous combination proved to be up for the challenge.

“That’s one of the things we take a lot of pride in. The maintenance and durability of these engines is a really big deal,” Musi said. “They stand up to quarter-mile racing and our customers are not working on their motors nearly as much as other nitrous combinations. We’ve worked really hard on a tuneup that keeps the motors fast and durable.”

Smith made stellar runs when he needed, working through less-than-ideal conditions to do it.

The multi-time world champ also works closely with Musi and that input has proven invaluable for both parties. Musi uses those conversations with Smith to keep making improvements to their successful, record-breaking engines, while Smith reaps the benefits on the track. Together, it’s a win-win for everyone, and it’s a relationship Musi certainly appreciates.

“Having guys like Rickie and Dean (Marinis) that can give me feedback is really important,” Musi said. “They know what to tell me and I’ve had a good relationship with Rickie for a long time. We’ve been working together for ten years, and he’s a great, high-profile guy. If you’ve got good stuff but it’s not in good hands, it can make you look bad. We’ve got good people running our stuff, and we keep working on the engine side to make them better and faster.”