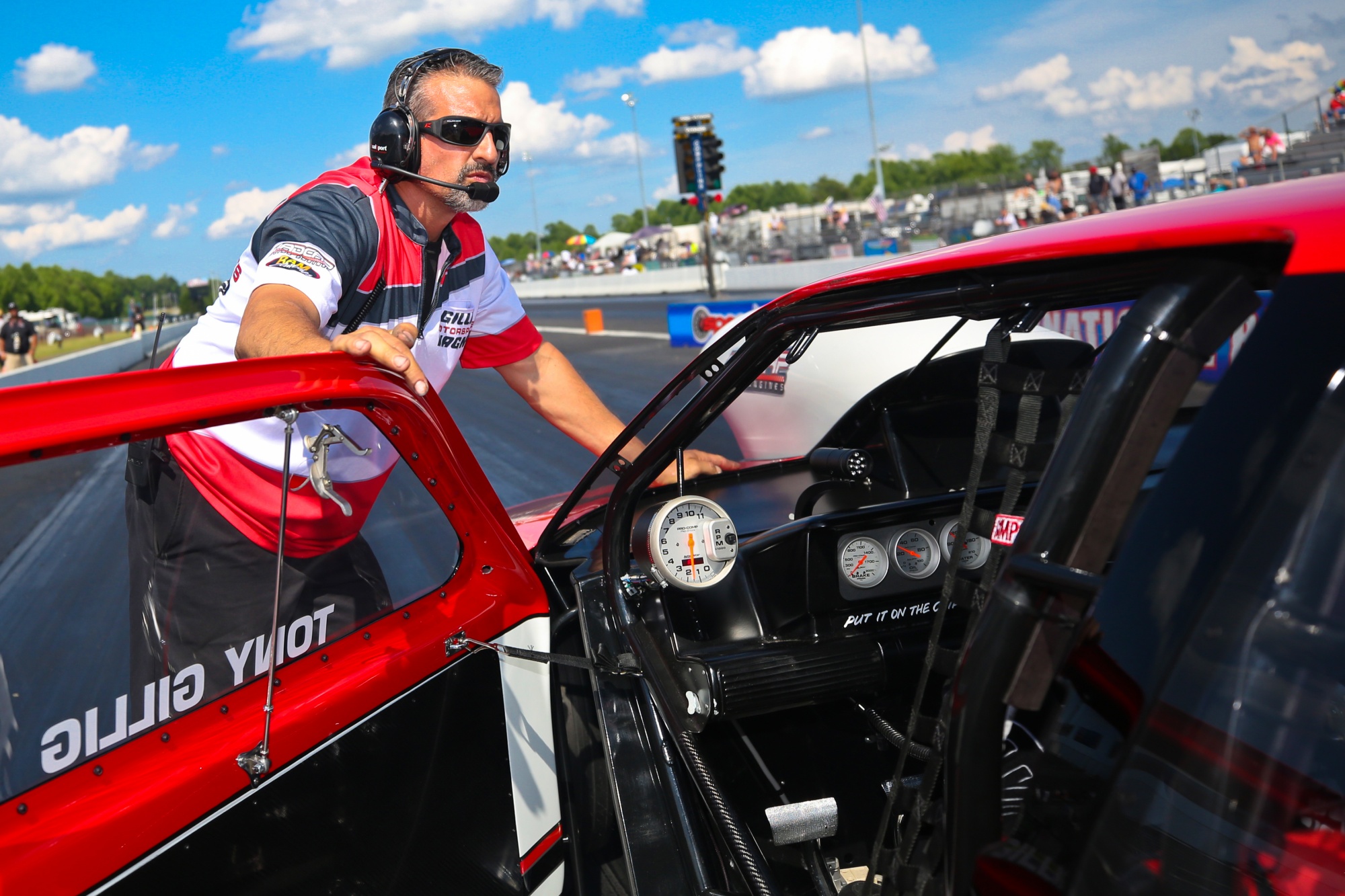 A stern look appears on Billy Wagner’s face as he changes gear ratios in the Gillig-Wagner Motorsports ‘96 Oldsmobile Cutlass driven by his brother-in-law, Tony Gillig. But make no mistake, Wagner is enjoying every minute of it. After nearly two decades working for others in the sport, the New York native is in his element as the crew chief on the family’s top-flight Schwing America Pro Outlaw 632 presented by Precision Chassis and East Side Auto Transport entry.

“I’m super lucky,” Wagner says. “I get to do what I like to do. My father-in-law (Bob Gillig) has allowed us to build what I consider quite a professional operation where we have the best parts available and a really nice setup. It’s a lot of fun. It’s a lot of work but a lot of fun.”

Before diving into his status as one part of the Gillig-Wagner Motorsports team, Wagner explains his beginnings in the sport of fast doorslammer racing. He went to work for Liberty’s Gears Extreme Pro Stock star John Montecalvo in 1993, driving the rig to IHRA races, servicing the car between rounds and taking care of it at the shop between races. “That’s pretty much how I got my interest really piqued in doorslammers and clutch cars and stuff back before there was automatics and traction control,” Wagner says. “Mountain Motor became the only thing I could think about.”

Wagner worked with Montecalvo for several seasons, minus a year off in 1996, and helped the fellow New York native get his first IHRA Pro Stock win in 1999. Wagner then went to work on Larry Morgan’s NHRA Pro Stock team for three seasons before stepping back to a limited schedule with Bob Benza for the 2003-2004 seasons. His time with Benza also included working for Benza’s bridge building contractor firm, where he picked up skills that he still uses today as a construction manager for a large civil construction company in Chicago.

Since moving to Chicago with his wife, Chrissy, in 2004, Wagner kept up with the latest trends in the sport by consulting for various friends and customers in Pro Stock, Top Sportsman and Comp at a handful of races per year.

His latest project, serving as crew chief on the family Oldsmobile, began a few years ago when the elder Gillig decided he wanted to go racing again. Tony was several years removed from his last pass down the track in a Mountain Motor Pro Stock car, so he was itching to get back in the seat. Wagner was equally excited about the opportunity to go racing with family members who double as racing colleagues he deeply respects.

“Legally, Bob is my father-in-law and Tony is my brother-in-law, but as far as I’m concerned when I introduce them, they’re my dad and my brother,” Wagner says. “When I look at it like that, I got probably one of the smartest racers in my father that I’ve ever seen. He’s been racing for the better part of 55 or 60 years in all kinds of different classes and combinations. Tony can drive anything – doesn’t matter what it’s powered by or how he’s gotta shift it. When it seemed that my father-in-law didn’t mind parting with his whole retirement fund to put a team together, we started looking at what we could do.”

After considering several options, the team decided to build an entry for the burgeoning Pro Outlaw 632 class. It was one of the few places where their ideal combination – a naturally aspirated, clutch-equipped, manually shifted doorslammer – could be competitive and affordable. Plus, the PDRA’s eight-race schedule and family atmosphere matched up with the group’s lifestyle.

“I’m just fortunate that we’re racing with family,” Wagner says. “They make me feel as much a part of the family as if I was born into the family. To go out and race PDRA, which is such a family-oriented group with a lot of other family-based teams, we’re just having so much fun being together, being on the road, being able to do what we want to do and still have a life away from racing.”

The Gillig-Wagner team made their PDRA debut at the 2018 Firecracker Nationals at Virginia Motorsports Park, where Gillig drove the Madcap Racing Engines-powered Cutlass to its first final-round appearance. It was victorious in its next final round at the 2019 Mid-Atlantic Showdown presented by Modern Racing, then added another runner-up finish in the Pro Outlaw 632 Shootout presented by $hameless Racing during the Northern Nationals in July. A couple weeks later, Gillig added a Nitrous Pro Street victory at an NMCA race near Chicago. That success is merely icing on the cake for the team, though. “We don’t have any expectations but to be out with family doing what we love,” Wagner says. 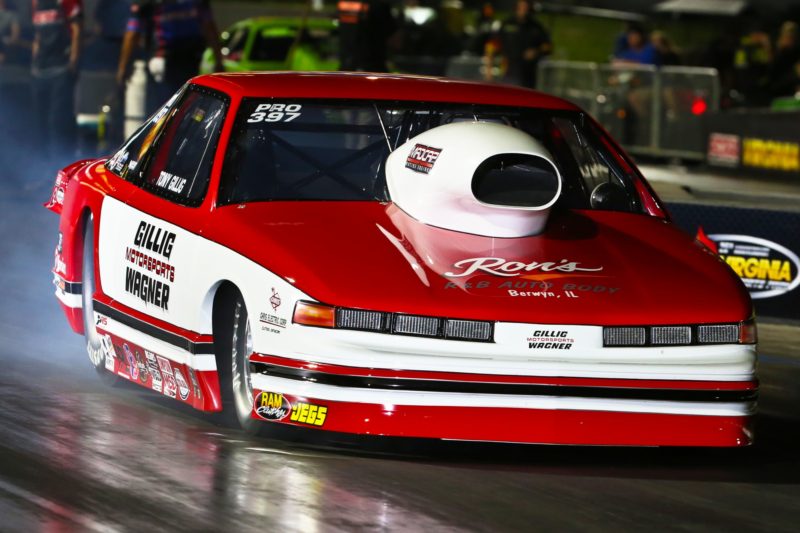 Wagner and the Gilligs also took on the challenge of adding an Extreme Pro Stock entry to their work load at the PDRA races this season. When DRAG ILLUSTRATED founder and editorial director Wes Buck’s father, Eddie, and uncle, WR, decided to bring out their 2004 Chevy Cavalier, they enlisted Gillig and Wagner to help get it competitive. The car has raced at the last three PDRA races, with Gillig wheeling both the family car and the Buck Bros. entry. It didn’t have a single lap on it since it was built in 2004, so the collaborative group is still trying to figure out what the car wants to get down the track on the same performance level as the leading teams in the ultra-competitive class.

“We’ll pretty much do anything to run Pro Stock,” Wagner says. “[The Bucks] presented us with the opportunity and Tony jumped at it. What we want to do is provide the Bucks with the results they want for the effort and the money they’re investing. They’re some of the nicest guys I’ve ever met. The best part is being able to pit side by side with them because the laughs are endless.”

With his days of racing under pressure from corporate sponsors and professional race teams behind him, Wagner is clearly enjoying the opportunity to race with family and friends for nothing more than the satisfaction of succeeding together and having fun in the process. But the pressure-packed situations early in his career paved the way for his current lifestyle. 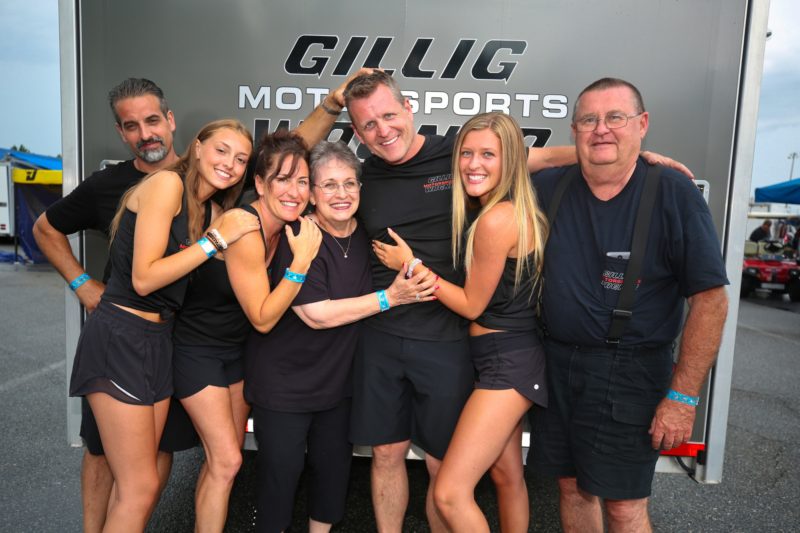 “I’m very grateful for all the people that my racing career allowed me to meet because it actually helped me to have a very awesome personal life,” Wagner says. “Drag racing’s done everything for me: my best friends and my biggest mentors all came from the racetrack. When I think back on what I’ve learned and where I learned it, I’ve gotten a lot out of everyone I worked for. Monte, Morgan and Benza all gave me a chance and their trust to do my best, and some life lessons along the way.

“But always there for me the whole time with sound advice and a point in the right direction even when we faced each other as competitors was Bob Gillig,” Wagner adds. “I really don’t think there’s much I know about cars or life that I didn’t learn from him. He’s given me so much over the last 20 years, including his only daughter to be my wife.”

Wagner and the Gillig-Wagner Motorsports team will seek to add another PDRA “660 Man” trophy to their trophy case as the PDRA late season kicks off at the PDRA Fall Nationals presented by $hameless Racing, Oct. 3-5 at Darlington Dragway in Hartsville, South Carolina.

This story originally appeared in DI #148, the Crew Chief Issue, in September of 2019.