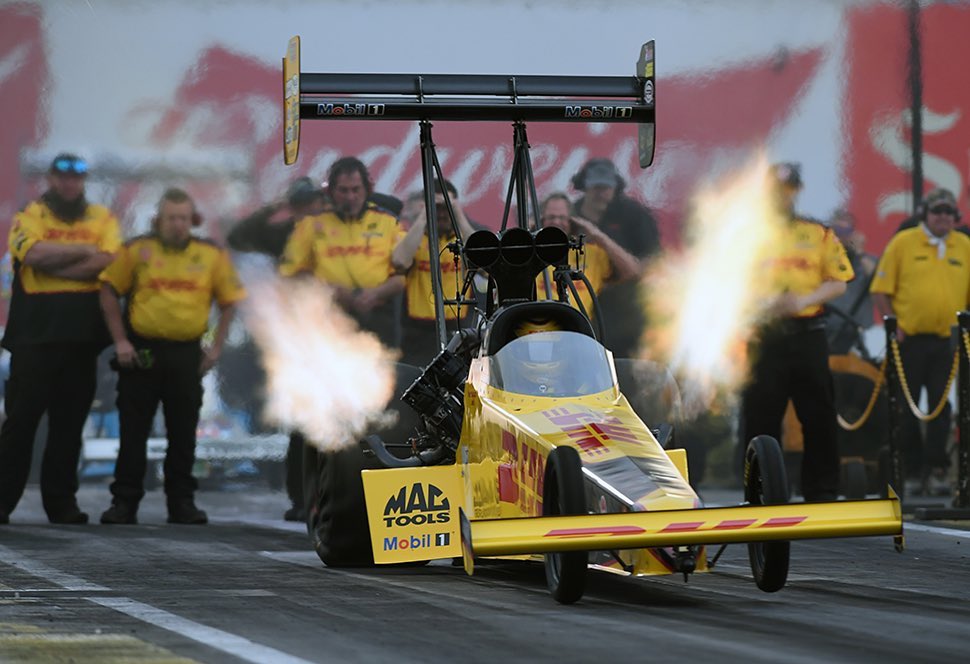 When the call comes that racing has resumed, it’s full speed ahead for Shawn Langdon. Nothing is concrete in the midst of this public health crisis, but even using pencil, Langdon’s schedule is just about filled for the rest of the calendar year.

That’s a good thing for the former Top Fuel world champion, as Langdon expects to be racing either in his Kalitta Motorsports DHL Top Fuel dragster or in his sportsman car every weekend. He talked about those expectations with Drag Illustrated in part two of our conversation, as well as his thoughts on returning and what a drag racing video game would provide for the sport.

DRAG ILLUSTRATED: We know NHRA is slated to come back in early June, at least as it stands now. What’s your racing schedule looking like before that?

LANGDON: Right now we have a scheduled (sportsman) test session in the beginning of May in Alabama and then a potential (sportsman) race at the divisional and Atlanta, then the following week we’ll be at the (Great American Guaranteed Million) in Memphis. That’s the tentative schedule right now.

It’s obviously dependent on how the NHRA schedule ends up playing out, so a lot of this year is probably just going to be on the fly. But I have a tentative schedule that basically puts me from the first weekend of June until the middle of November with a race, so hopefully that works out.

DRAG ILLUSTRATED: What’s your gauge on that being able to happen? Are you just trying to stay cautiously optimistic you’ll be racing in Gainesville in June?

LANGDON: Yeah, I really hope so. I hope for our fans’ sake, I hope for our sport’s sake, I hope for our sake — for the Kalitta team — that we’re out there racing. It’s going to be really tough if we’re not. I mean, it’s hard to say. You wake up one morning and pop onto the Internet and you’re like, ‘Oh yeah, we’re guaranteed we’re going to be racing by, by June.’ And then you wake up the next day and it’s like, ‘Oh, there’s no way we’re going to be racing by June.’ Right now we’re ready to go. If we can get back going in the beginning of the June, we’d love to get to Gainesville, complete the event there and kind of get the season underway. 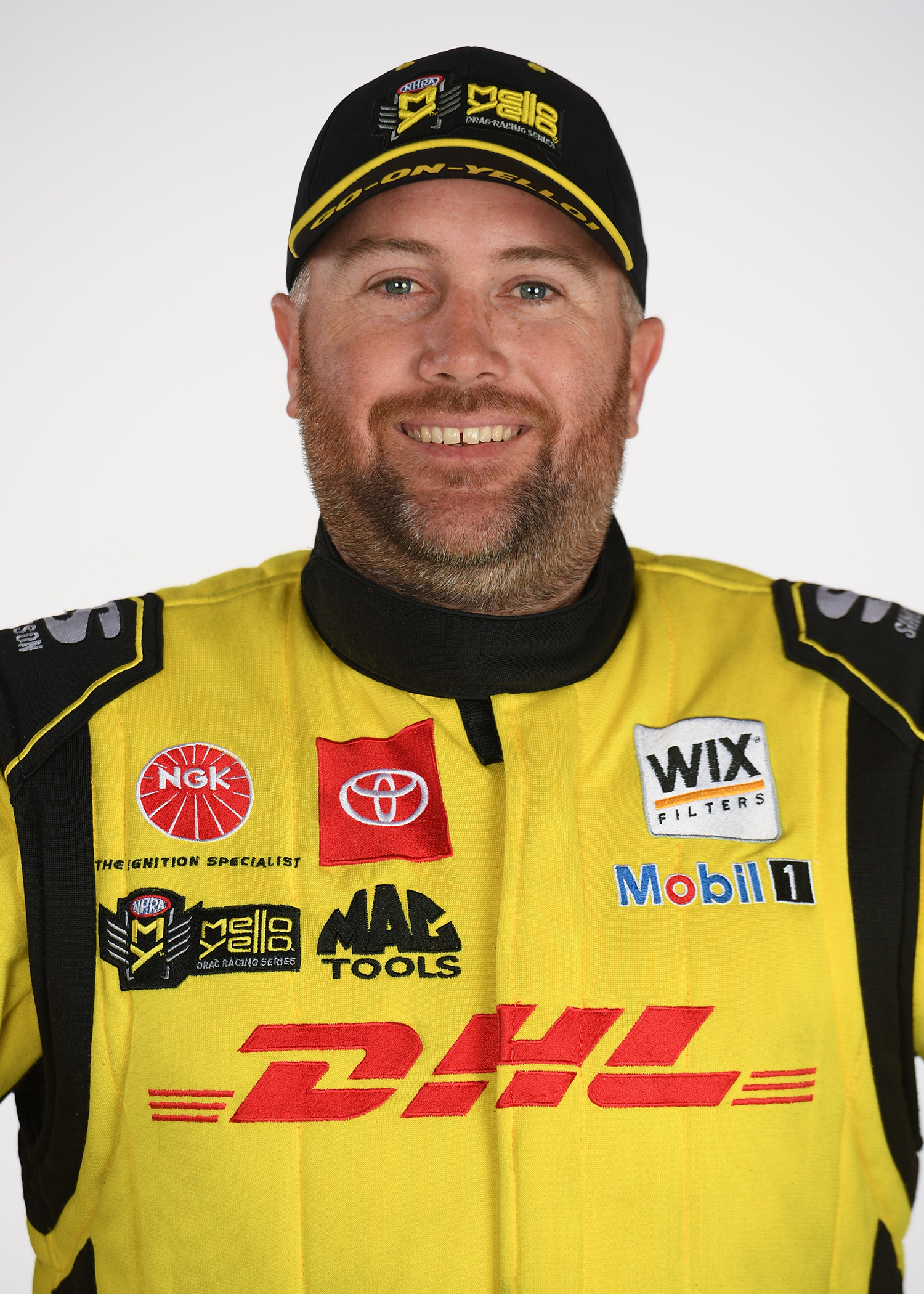 DRAG ILLUSTRATED: We previously talked a little about the need for a drag racing game and how big that would be for the sport. In your eyes, what would be so beneficial about it?

And we have track people out there going over the track and temperatures and all that kind of stuff, and a lot of people have no idea those things are so complex. So how do you reach that to your fan base? In our fanbase, the older generation understands a lot of different things because they built their own motors for their own hot rods and they would go out and race and they get it.

I think having something like this is the way to engage the younger generation to understand our sport, to where when they come out there’s more things for them to interact with. When you come to a race and you get your ticket and come into the pits and watch the guys work on the cars, now you have a whole new understanding of what they’re doing, working on the car.

DRAG ILLUSTRATED: And that just gives them a way to connect.

LANGDON: Right. Then you have something to relate to because right now there’s nothing in the world that you can really relate to — a 330 mph, 10,000 horsepower car, there’s nothing. You just need something to relate to it. I think that’d be a great way to interact and engage a lot of the younger age demographic that comes to our races to really kind of explain it, rather than them opening up a rule book and reading a rule book, which probably isn’t going to happen.

DRAG ILLUSTRATED: Even though it’s a totally different sport, it’s there anything you’ve taken from these experiences that can be applied to your career once we get back to racing?

LANGDON: I think there’s a lot of things mentally. It’s kind of the for me like going in, racing my sportsman cars, is there really anything in my sportsman cars that I could take out of that and that can translate into me being a better Top Fuel driver? No, not necessarily, just as far as the actual driving. I think a lot of it’s more just like mental mindset.

A lot of these things (in iRacing) have the real feelings, the real emotions. In bracket racing, there’s two races that are putting out $1 million to win. How do you simulate the adrenaline rush of racing for $1 million, or how do you simulate the adrenaline rush of lining up in a Top Fuel car with the stands packed, racing for $500,000 with a championship on the line? There’s really no way to simulate that unless if you’ve been in that position before.
I’m telling you like we’re, we’re getting ready to drop the green flag the other night when I was racing and I like, my heart’s about to beat out of my chest.

It’s like I’m taking deep breaths playing on the simulator racing against some of the IndyCar guys. It’s the adrenaline rush and getting that right mental mindset. I think there’s a lot that you can take out of that, just calming yourself down to understand how to still be able to perform under pressure. 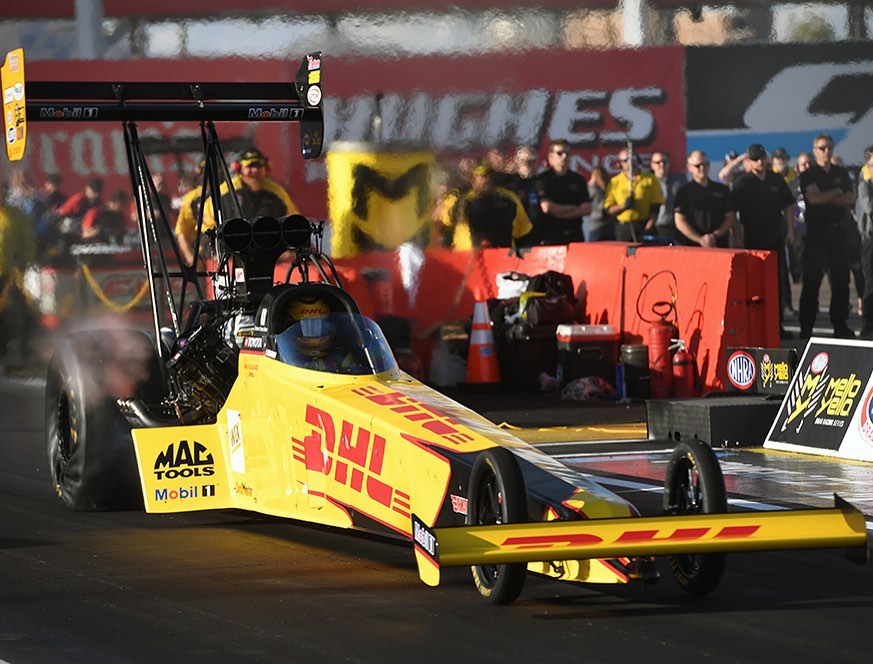