“The Axeman” recently enlisted the tuning services of one “Stevie Fast” Jackson for his nitrous-powered 2016 Jerry Bickel Corvette, and Birt quickly got affirmation that the nitrous combo is alive and well in the drag radial world.

After three passes to 330-feet, Birt ripped off a 3.690 at 200.17 mph in his Radial vs. the World set-up during a test session Monday in Orlando. It marked incredible improvement since last month’s Lights Out event in Valdosta and it may just be the tip of the iceberg for Birt heading into Donald Long’s $101,000-to-win Sweet 16 event in two weeks at South Georgia Motorsports Park. 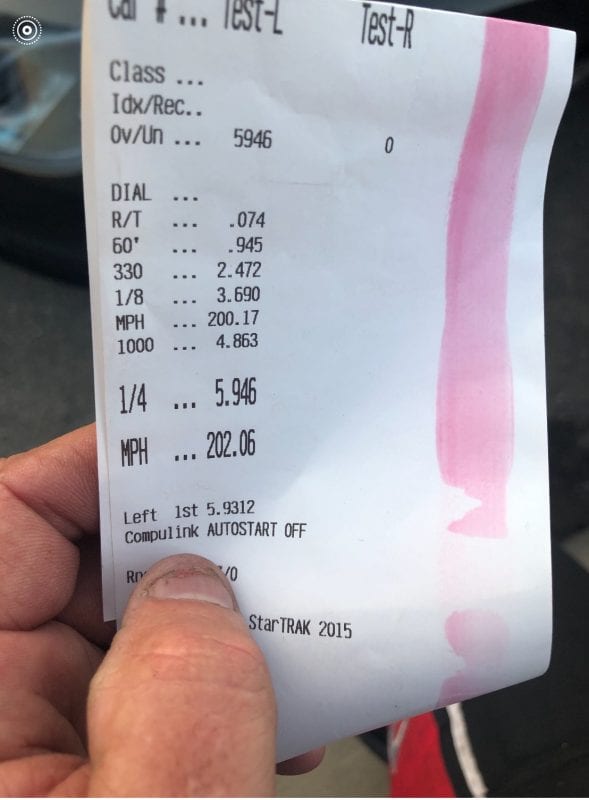 “(Jackson) thinks he can get the car to 3.62-3.64,” Birt said. “He really thinks it can do that. I’ve got to give credit where it’s due. He’s definitely badass. The car ran exactly what he said it would. He’s badass for sure. It’s got the fire back in me.”

Lights Out 10 marked Birt’s first race in the Corvette on radials and it ran a solid 3.85. With just a handful of passes on the car in radials, it was a strong starting point for Birt, but he saw more potential out of a car powered by Pat Musi Racing Engines, M&M Transmission and Neal Chance Racing Converters.

That’s where Jackson entered the picture and Birt got in touch with the ultra-popular tuner/driver. The two traded ideas, found a common ground in getting the nitrous combination well into the 3.60s and it has worked nearly flawlessly thus far leading up to the Sweet 16.

“Stevie had some ideas and I had some ideas, and we decided to team up,” Birt said. “We’ve ran each other before and he’s whooped my butt, but it’s a good opportunity and I’m really looking forward to it. It’s all about who you surround yourself with.”

The pairing has Birt motivated heading into the highly-anticipated event, but the staggering 3.69 didn’t come without some fireworks.

Birt had a 60-foot time of .945 and was 2.47 to 330-feet, but the throttle hung and he actually went through the quarter-mile at 5.946 at 202.06. Birt threw the car in neutral and eventually got it stopped without major damage, but his first trip to the 3.60s in his nitrous Corvette certainly was a memorable one in every respect.

“It was probably the ugliest pass I’ve seen in my life, but the numbers were there,” Birt said. “It was scary for a second. It hung the throttle and at the 1/8-mile it was wide open, but eventually it shut off. I knew after 100 foot it was a good pass, but after the throttle hung I was just trying to get it stopped.”

With that behind him and a strong baseline heading to SGMP, Birt, who also credits the work of longtime friend and crew guy Craig Amerson, is hopeful for a big weekend in Valdosta. He plans to test one more time to continue to hone in on the front-half numbers, but he plans on leaving a sizeable impression at the Sweet 16 race.

Before racing for $101,000 Birt and Justin Swanstrom also have a grudge race planned during qualifying at SGMP.

“That’s going to be a good deal,” Birt said. “They’re fast, but I’ve been grudge racing a long time. It’s not my first rodeo.”

Coupled with Jackson’s expertise and Birt’s talent, he could be a major threat in two weeks. Monday’s blistering run also reassured him that nitrous cars can run at the front in RvW and can perform consistently when it counts.

“I think the nitrous cars are behind the turbos, but it’s not as far as everybody says they are,” Birt said. “I’m just out there to race smart and go rounds. That’s what it’s all about.”