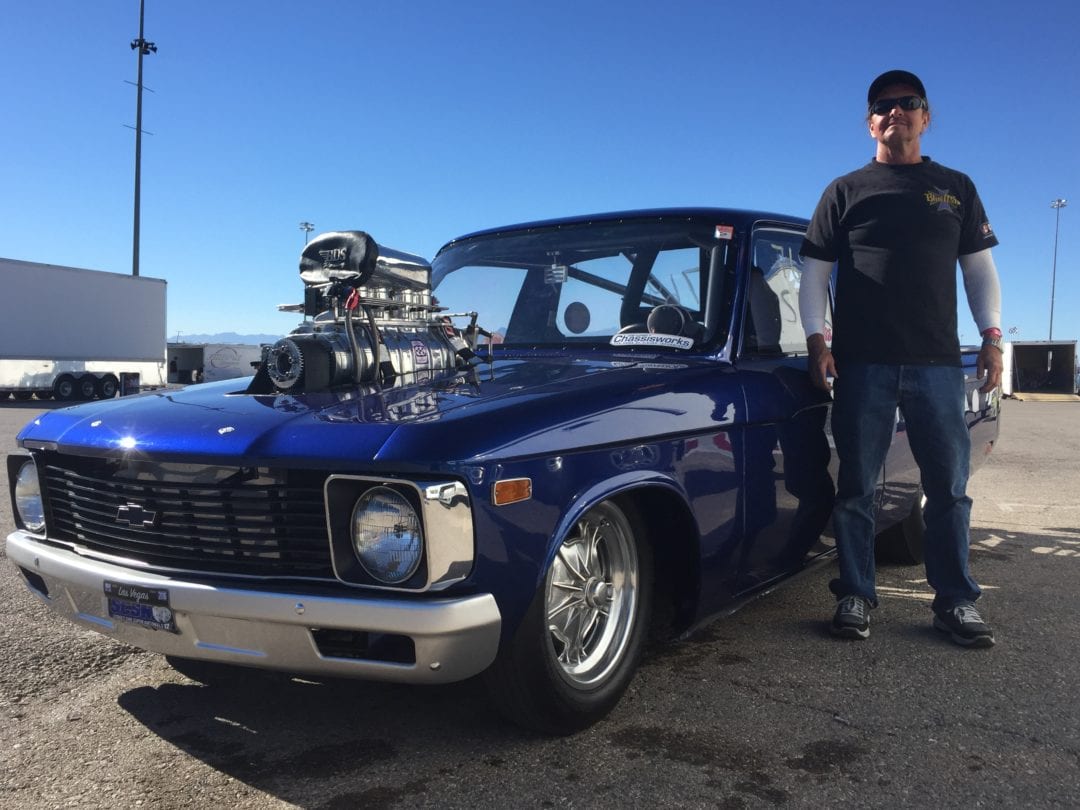 At any drag race in America, fans are guaranteed to see more than a couple Novas, Mustangs, and Camaros. Beautiful pieces of Detroit iron, no doubt, but one of the great things about attending the JEGS Performance Street Car Super Nationals at The Strip at Las Vegas Motor Speedway is the diversity of racing machines.

Take Scott Bisell of Lake Havasu City, Arizona, for example. The veteran Super Index racer has one of the more unique rides here this weekend, rocking a midnight blue ’78 Chevy LUV with a blown and alcohol injected 400 small block. Currently qualified 19th in the class, he said he bought the truck because it was something different.

“I have a Chevelle and a Camaro and stuff like that already, and I have an Anglia. I liked (the LUVs) when I was younger, but they were kinduva piece of junk. I bought it as a roller from a guy in Sacramento about eight years ago.

“I built my own motor, changed the wheels, painted it, put the rear-end and trans in it and stuff,” he said. “It’s just different; I like things that are different. Everybody’s got the same car, like you said.”

He raced his eight-second ’64 Chevelle at this event last year, but drove the truck in 2014. Unfortunately, he was unable to finish out the weekend as it broke early on. But for Bissel, it’s not as much about win lights as it is the challenge of finding the right setup.

“I’m still figuring out tuneups,” he said. “I had a gas motor with carburetors in it before and it ran 8.60s when I had that and then I built an alcohol small block for it and I’m still trying to figure out the tuneup. I’m not running a 7.60 yet; it went .90 so far. I’m still figuring it out, but I’m having just as much fun doing that as I do winning races.”

A trip to the winner’s circle always ends the weekend on a high note, but spending time with friends and family and doing something one enjoys isn’t too bad, either.