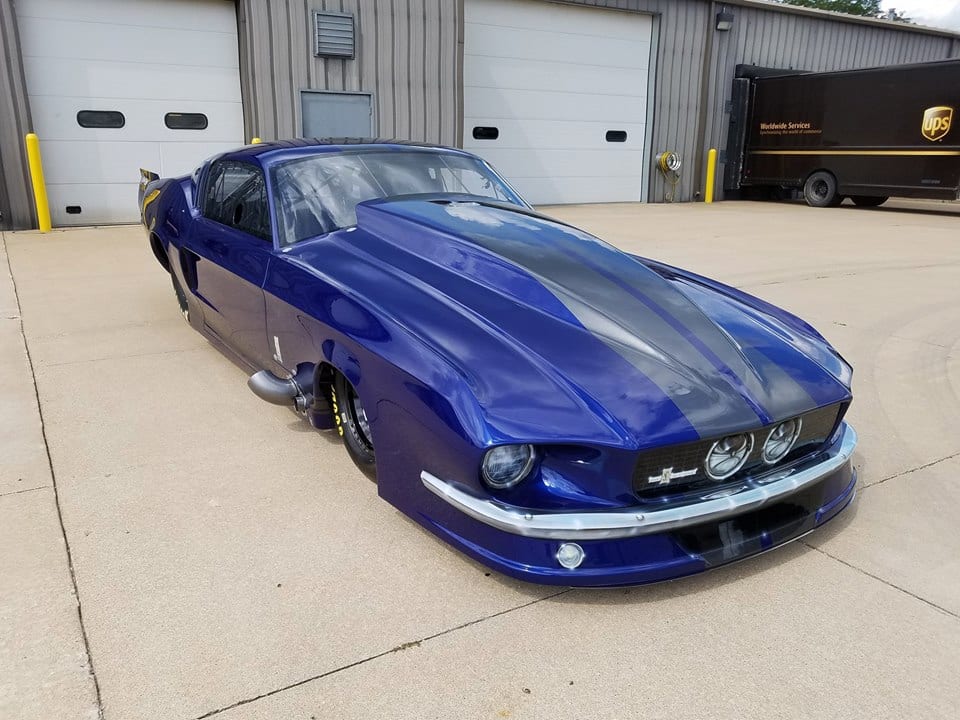 The joy on Scott Oksas’ face upon receiving his brand-new ’67 Shelby Mustang from RJ Race Cars earlier this month was impossible to miss.

Running the turbocharged entry at the DRAG ILLUSTRATED World Series of Pro Mod is only going to make that grin wider.

The Los Angeles-area native will make his debut at the $100,000 winner-take-all race, which takes place Aug. 10-11 at Bandimere Speedway, bringing a stunning new ride along with him. But Oksas isn’t simply bringing a show car. New ride or not, he is coming to Denver with one thought in mind.

It’s that type of enthusiasm that has made the WSOPM even bigger in its second year, and the energy Oksas is bringing to the biggest and richest Pro Mod race in the history of the known universe is evident.

He’s put together a detailed plan to have the car ready to race on Thunder Mountain, starting with testing on Thursday in St. Louis at the Street Car Super Nationals. Everything there will be set-up for how he wants to run at WSOPM, and Oksas plans to arrive in Denver on Monday so he’s prepared to test first thing on Tuesday morning.

It’s a quick turnaround since receiving the new car, but Oksas believes the car will be ready to perform at a high level.

“I’ve been very, very blessed and everything RJ (Race Cars) does is the best of the best,” Oksas said. “I was absolutely stunned when I saw it. What an immaculate piece it is. The fit and finish, the craftsmanship, it’s all phenomenal.”

Oksas knew if he wanted to compete at a high level and potentially make a name for himself at the WSOPM, he needed the proper car. 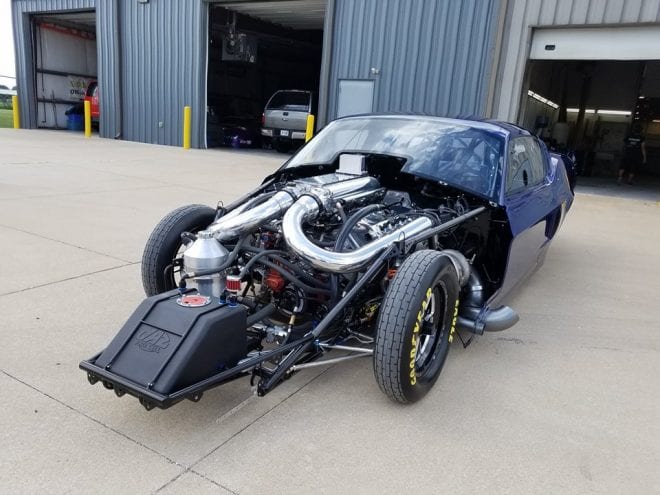 The Pro Mod veteran had a nasty crash with defending WSOPM winner Mike Bowman in 2015, and it’s been a process to get back to this level. But the former Pacific Street Car Association champion in True Street and Real Street is ready to make an impression in Denver.

He lobbied for a spot in the WSOPM since last October, promising WSOPM promoter Wes Buck his car would be ready. Now that it is about to happen, Oksas is understandably thrilled.

“This is going to be the highlight of my career,” Oksas said. “I’ve had some success, had some downfall but this is the highlight. I’m so pumped up to do this. To race with Stevie (Jackson), Erica Enders, Danny Rowe, Steve Matusek, all these guys, it’s huge for me. Mike (Bowman) is a friend of mine and watching him win that race a year ago, it was just so amazing.”

Bowman’s underdog story en route to the event winner and six-figure payday added to the incredible storyline of the inaugural WSOPM, but it also gave credence to guys like Oksas who know anything can happen on any particular weekend.

Winning a race against the top Pro Mod racers in the country with a new car won’t be easy, but Oksas isn’t backing down. His small team includes just his son, Joey, crew chief Roger Rompal and car chief Keith Howard, but Oksas believes the unique nature of the race could play into his hands. The scoreboards are shut off during the Summit Racing Shakedown runs and first-round matchups will be drawn out of a hat Friday evening.

“I feel confident about my tune-ups at tracks with altitude,” Oksas said. “I think we’re going to have a track that’s going to be phenomenal and I love the whole race format. You just have to race your own race. Last year, Mike beat to his own drum and kept going rounds.”

It’s a blueprint Oksas hopes to follow this year, though WSOPM’s massive growth in 2018 also means an extra round of eliminations against incredible competition. Judging from Oksas’ enthusiasm, though, that’s not going to dissuade his excitement for the weekend.

“We’re just pumped up and we can’t wait to get there,” Oksas said. “Just getting the invite to be included in this group, it’s huge for me. This has been my goal and we’re excited. A West Coast guy brought the money home last year, so hopefully it’s me this year.”

For more information on the Drag Illustrated World Series of Pro Mod presented by J&A Service and One Cure, please visitwww.WorldSeriesofProMod.com.