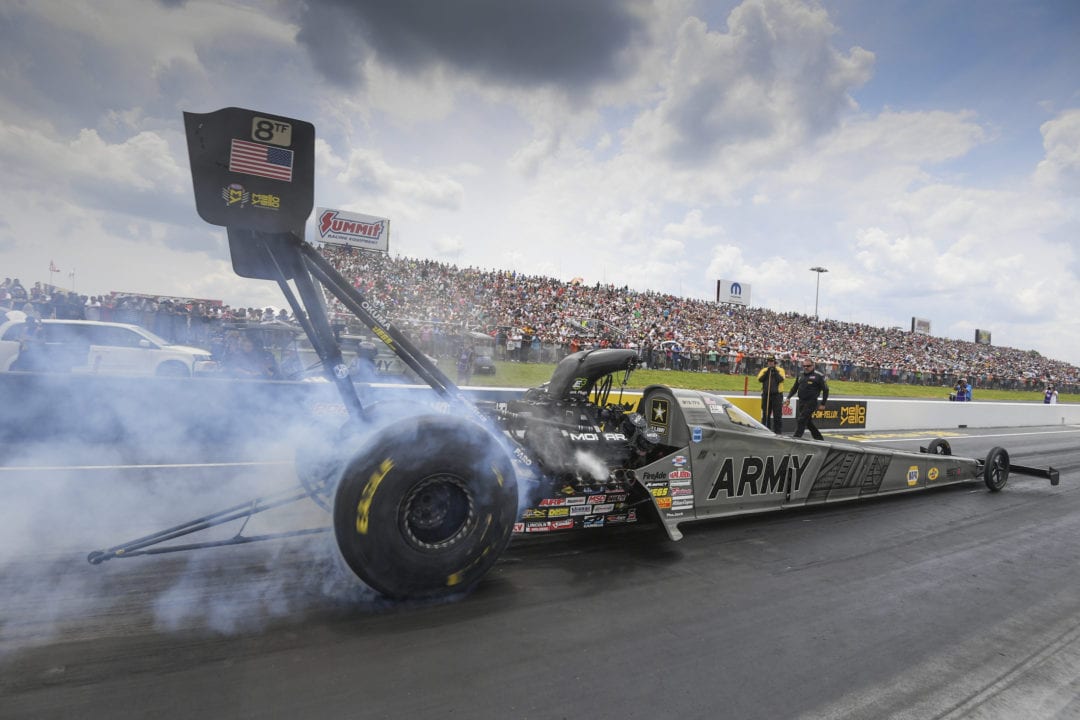 Tony Schumacher was able to parlay his strong Friday qualifying pass to secure the Top Fuel No. 1 qualifier at the inaugural Virginia NHRA Nationals in front of a sellout crowd at Virginia Motorsports Park.

Schumacher powered to the top spot with a run of 3.777-seconds at a track record 327.51 mph in his U.S. Army dragster during the second qualifying session on Friday. The eight-time world champion now has three No. 1 qualifiers on the season, while he chases his first event win of the year.

“We are going to figure out what the track can take tomorrow since it should be a hot day, which is exactly what we want,” Schumacher said. “We have an incredible team, we are continuing to figure things out and trying to get our first win since last year.”

C. Force remained atop the Funny Car lead with a pass of 3.983 at 323.35 in her Advance Auto Parts Chevrolet Camaro recorded during her second qualifying run of the weekend. The current points leader secured her sixth No. 1 qualifier of the year and fourth in the past five events. 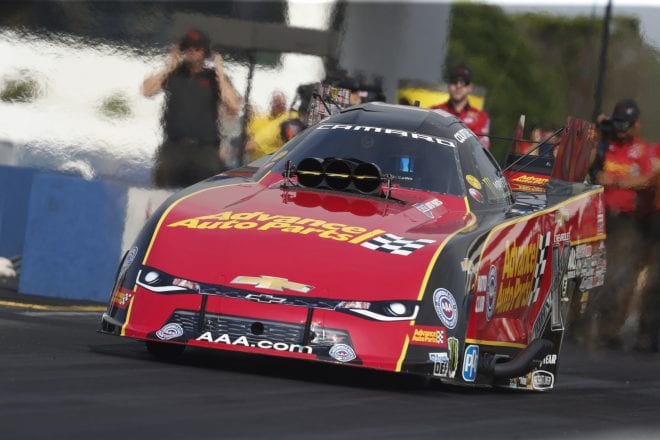 “My team has been incredible, and having a consistent racecar like this has us feeling good going into race day,” Force said. “It feels awesome to have a No. 1 qualifier hat but it is important for us to continue to go rounds and hopefully end up in the winner’s circle.”

She will face-off against Jeff Diehl in the first round.

Teammate Robert Hight finds himself qualified second for eliminations as he prepares for Cruz Pedregon who looks to rebound after an explosion during the third round of qualifying.

Anderson retained the top spot in Pro Stock after driving to a 6.571 at 210.67 in his Summit Racing Equipment Chevrolet Camaro during the last pass on Friday. The four-time world champion locked in his sixth No. 1 qualifying spot of the season and second consecutive. 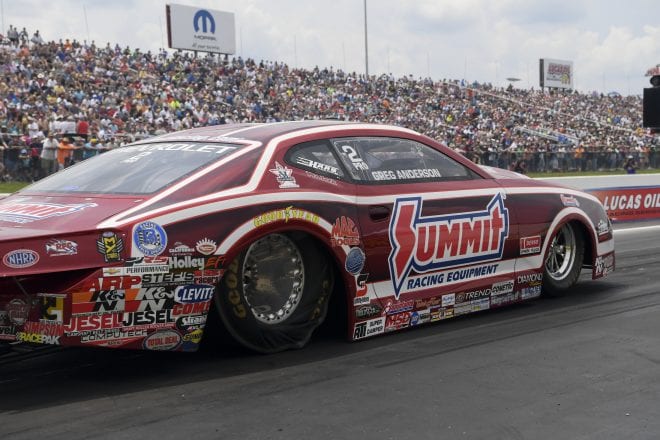 “Even though it’s been hot this weekend, this wonderful racetrack is not going to change by tomorrow so we know that can only get better,” Anderson said. “This is a wonderful class right now with competition through the roof, so we know every pair is going to run well and it will be an exciting day.”

He matches up with Tommy Lee for Sunday’s eliminations. The defending Pro Stock world champion Bo Butner qualified second and will go head-to-head with Wally Stroupe in eliminations.

The Pro Stock Motorcycle class is led by Hector Arana Jr., who used a 6.795 at 198.15 on his Lucas Oil Racing TV EBR from his second qualifying run on Friday to lead the pack throughout Saturday. He is set to take on Kelly Clontz in the first round on Sunday. 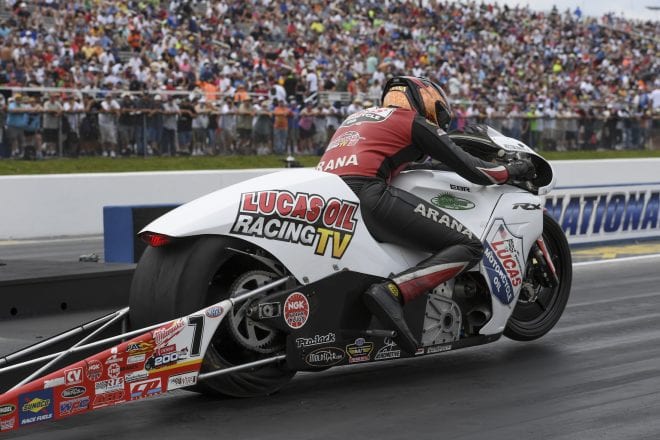 “We are always trying to run faster each round, but we wanted to figure out which direction we needed to go on Sunday,” Arana Jr. said. “Tonight, we will go through all of the data and notes and try to put a winning combination together for tomorrow.”

Andrew Hines qualified second and prepares for Hector Arana in the first round.

Eliminations begin at 12:00 p.m. on Sunday at Virginia Motorsports Park.