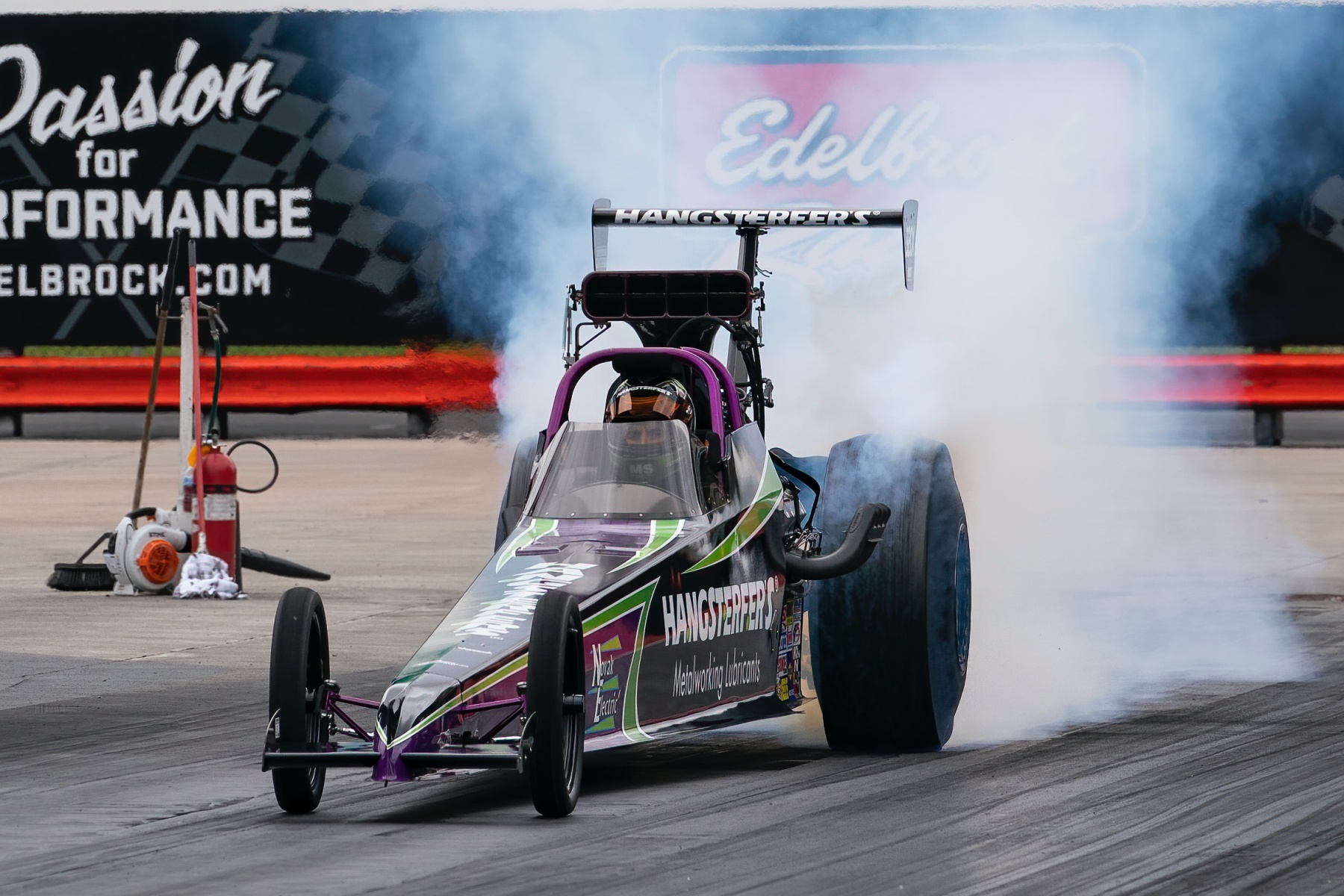 For the sixth consecutive season, brothers Matt and Zach Sackman will race with primary sponsorship from Hangsterfer’s Laboratories, a New Jersey-based metalworking lubricants manufacturer. The Sackman brothers will both make their 2022 season debuts this weekend, March 3-6, at the sixth annual NHRA Baby Gators Division 2 race at Gainesville Raceway, with Matt competing in Top Alcohol Dragster and Zach racing in Top Dragster.

Matt, 28, will drive one of Randy Meyer Racing’s championship-winning A/Fuel dragsters. This will be his fifth season as a part-time driver in the Randy Meyer Racing camp. He’ll also continue to share driving duties of the family’s Sackman Boyz Racing Top Dragster with Zach.

“I’m excited to get back into the seat of one of Randy Meyer’s cars,” Matt said. “I’ll be driving the car I won the Joliet regional in a few years ago. It’s a proven winner with a lot of history. Between the great conditions at Gainesville and Randy’s tuning, I’m sure we’ll run fast. I’m grateful to have Hangsterfer’s on board with us again to help us chase our racing goals while we try to help them expand their business in the motorsports industry on the B2B side.”

“Hangsterfer’s has really stepped up again to help us make a full run at the NHRA Top Dragster championship,” said Zach, who won the prestigious NHRA U.S. Nationals in Indy last year. “Top Dragster has become so competitive that even a Top 10 finish is a major accomplishment. I’m going to try my hardest to win some races and go after that championship.”

Hangsterfer’s Laboratories, a New Jersey-based company specializing in the research, development and manufacturing of metalworking lubricants, first signed on as the primary sponsor of the Sackman Boyz Racing Top Dragster in 2017. The company has been on board for a number of accomplishments for the brothers, including Zach’s handful of wins in Top Dragster, Matt’s pair of regional event wins in Top Alcohol Dragster, and Matt’s NHRA Top Fuel licensing in 2019.

“It’s an honor to represent Hangsterfer’s and the Jones family for our sixth season together,” Matt said. “They’ve helped to make our racing dreams come true, and they’ve treated us like family since day one. Mike Ditzel, Bill Jones, Ann Jones, Ed Jones, and everyone at Hangsterfer’s have been incredible supporters and we’re proud to fly the Hangsterfer’s banner again.”

“The continued support of Hangsterfer’s gives me added confidence going into the season,” Zach added. “It means a lot that they believe in what we’re doing and want to help us accomplish our goals.”