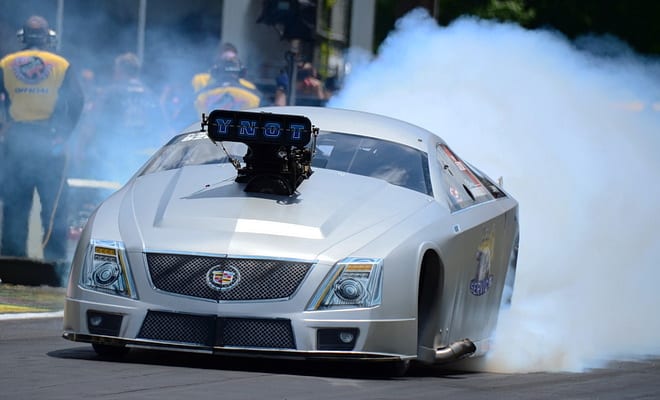 Racers of the NHRA Real Pro Mod (RPM) series officially begin their 2016 campaign Mar. 17-20, as part of the Amalie Motor Oil NHRA Gatornationals in Gainesville, Florida, but will be visiting the Sunshine State later this month for their first competitive outing of the year.

Among the RPM stars expected to attend are teammates Danny Rowe and Steve Matusek, the father-and-son team of Jim and Steven Whiteley (above), former class champion Troy Coughlin and son T.J., Canadian Kenny Lang and Florida native Kevin Fiscus, among many others.

Several PDRA eighth-mile competitors are expected to be on hand for the test sessions as well, making for an excellent week-long preview of fast doorslammer action.

For more information or to purchase advance tickets visit the PBIR web site.