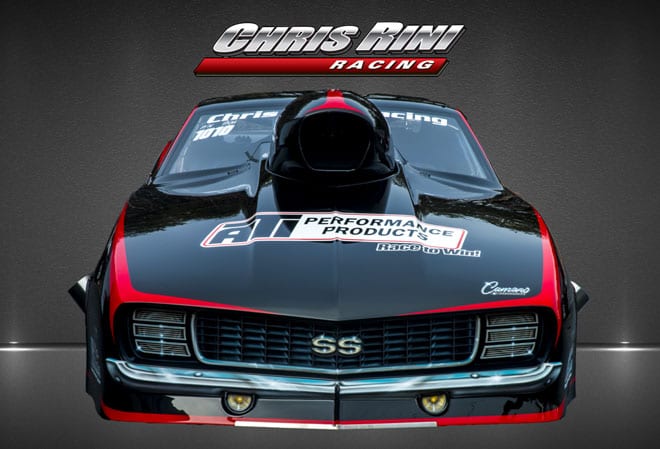 Chris Rini has a shiny new race car; ready to enter the 2016 PDRA Pro Nitrous wars when the season begins in March at Tulsa—but first he has to get himself back in fighting shape. He admits a moment of inattentiveness caused him to suffer serious injuries in a Dec. 20th workplace accident with his towing company and says his recovery isn’t yet complete. 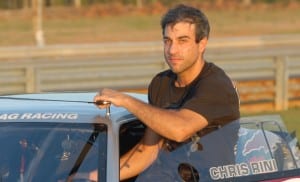 “I had gone out to assist one of my drivers who had a car that was on a real steep incline and he’d got it mostly on the truck but it was stuck in park and the rear axle was locked up,” the veteran racer explains. “It was a Ford Explorer and basically what happened is I crawled under the center of it to disconnect and release the transmission into neutral at the transfer case and when it started free-wheeling it was on such a steep incline that it had enough weight and momentum to start rolling up the deck of the truck.

“The frame ended up crushing me when it pinned me between the bottom of the Explorer and the deck of the truck and it broke my shoulder blade, five ribs—three in the front, two in the back—and one of the ribs in the front punctured my lung. My scapula, the shoulder blade, was broken in two and that was really painful.”

Somewhat surprisingly, despite the extensive injuries, Rini says no surgeries, pins, plates or casts were required.

“They pretty much just taped me up and sent me home with some pretty strong pain pills, which is actually kind of good since there was no surgery,” he says. “They did do a couple of CAT scans because of my lung and they put me on a no-fly list for about a month since my whole chest filled up with fluid. With an internal injury like that you might be feeling okay but you don’t know how your body might react to sudden changes in pressure, so I wasn’t allowed to fly. 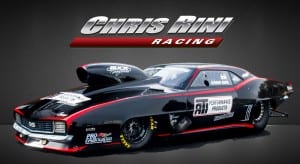 “Fortunately I’m in pretty good shape, I work out a couple of times a week and I eat pretty clean and right and the doctors said that helped out a ton. Right now (Jan. 20), I feel pretty good, but as far as the healing process, the first two weeks were horrible, I couldn’t even lay down to sleep and it hurt to take every breath, but gradually it got better and better until now I’m almost at the point of getting back to normal. I’m actually getting back in the gym, just doing cardio and a little exercising.”

After more than 25 years in the towing business Rini says he’s dealt with almost every car-recovery situation and had never before been injured on the job.

“You know, I was kind of in a rush and instead of assessing the situation like I would have if I’d been there on my own I was out there assisting my driver and a couple of mistakes combined to cost me,” Rini admits. “Unfortunately, once it started to roll I knew I was in trouble but it was too late then to do anything about it.”

Beyond the pain and inconvenience of being laid up over the holiday season, Rini says the accident also set back his racing plans for the 2016 season. Early in January he took delivery of a brand-new, Jerry Bickel-built ’69 Camaro complete with a new Charlie Buck powerplant and had plans to attend the U.S. Street Nationals (Jan. 29-31) at Bradenton, Florida, primarily as a testing opportunity before the PDRA season begins mid-March at Tulsa.

“You know, Jerry builds a quality car and I have all the faith in the world in Charlie and his motors, but these cars have become so sophisticated and intricate and electrically involved that you just have to go out, shake it down and make sure everything works—and that it all works together.”

That said, Rini is looking forward to returning to the track with longtime primary sponsor ATI Performance Products back on board. Additionally, his new, bigger-for-2016, 941 cubic incher from Buck Racing Engines will be sporting the latest EFI system from Switzer Dynamics, custom-built Pro-FAB headers and an ATI TH400 transmission.

“With all that’s happened, probably mid- to late-February is the soonest we’ll be able to get out and test now. The PDRA race, that’s the goal, it’s on our schedule, but I’m not going to go there untested with a new car. Unless we can get in a test at Bradenton or South Georgia or somewhere down there first that’s not going to be enjoyable; it’s not going to be fun; it could just be a waste of a lot of time and money, so I’m not going to truck all the way to Tulsa in an unknown situation.

“I don’t want to sound all doom-and-gloom about all that’s happened,” he concludes. “I mean, there’s not much I can do about it at this point other than keep getting better and get ready to go racing again.”