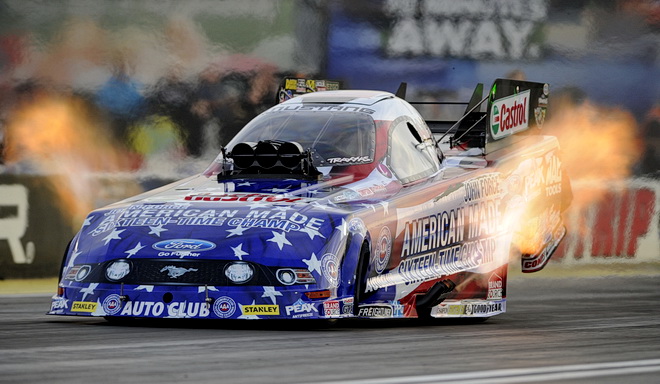 Rieff will transition to the lead announcing role for FOX’s NHRA Mello Yello Drag Racing Series coverage after serving in the same role during the last three years for ESPN. 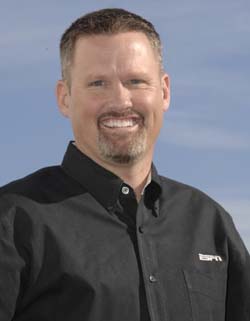 “As the NHRA moves into the FOX era of drag racing in 2016, I can’t be more enthused, flattered and just plain excited to continue to be a part of the television package,” Rieff said. “I can’t wait until February and the Winternationals because the only thing better than NHRA Mello Yello Drag Racing is live NHRA Mello Yello Drag Racing.  It should be an incredible year in 2016.”

Rieff has covered NHRA in various roles since he joined ESPN full time in 2000. Prior to that he worked for multiple networks covering a variety of motorsports, including NHRA, World of Outlaws, off-road racing and motorcycle racing, among others.

“We are thrilled to introduce our new broadcast team,” said Ken Adelson, NHRA vice president of broadcasting and digital content. “Each member brings a unique set of expertise, perspective and storytelling ability to capture the incredible stories, technology and unparalleled ‘live’ event experience at NHRA races. These are personalities that will deliver a deep knowledge of drag racing to our longtime fans, some of the most loyal in all of sports, and the ability to introduce the world’s fastest motorsport to a new generation of viewers and fans.” 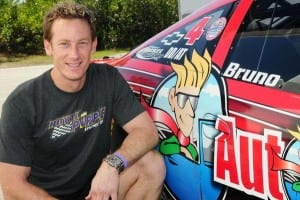 “All of us at NHRA are pleased that Dave is returning as our lead announcer as we begin our new association with FOX Sports,” said NHRA President Peter Clifford. “Dave’s extensive knowledge of our sport and his ability to convey that in a clear and concise manner to our fans makes him the right person to lead our broadcast team into this new era with FOX. We believe Dave and new color analyst Tony Pedregon will be a dynamic combo in the booth.”

Massel is a two-time NHRA Lucas Oil Drag Racing Series national champion in Competition Eliminator, a five-time champion of NHRA’s West Central Division and a three-time champion of the JEGS Allstars. Prior to joining the FOX Sports team, Massel covered the NHRA Mello Yello Drag Racing Series for ESPN and also hosted a variety of other motorsports and automobile television shows.

“Drag racing has been such a huge part of my life, as I essentially grew up at the track watching and helping my dad race,” Massel said. “So for me this isn’t just another job, it’s the opportunity to help showcase the sport that I love. It’s safe to say that I’m thrilled to be part of the new FOX broadcast team and new direction that the NHRA is headed.” 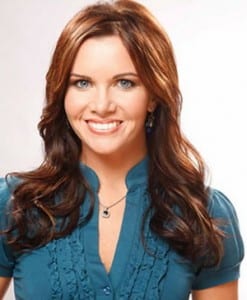 Howe is also very familiar with NHRA Drag Racing. She spent four years with ESPN providing pit side coverage of multiple races before taking the 2015 season off. Howe has also worked with FOX, SPEED and ABC covering a variety of motorsports events.

“I have worked for FOX for over 10 years and am excited about what this new relationship means for fans of the NHRA,” Howe said. “There are so many great stories and personalities to share with fans, and I feel fortunate to be part of the team that gets to share them.”

Other members of the team include veteran motorsports reporter John Kernan, who will serve as the Indianapolis bureau chief, historian and stats guru Lewis Bloom, who will serve as a contributing reporter, and multimedia reporter Amanda Busick, who will be based in Glendora and will provide features for the television show and NHRA.com throughout the season.

Starting in 2016, the NHRA Mello Yello Drag Racing Series will be televised by FS1 with four events airing on the FOX national broadcast network during each season of the long-term agreement, providing the world’s fastest motorsport with live coverage of a majority of its events. FS1 will provide coverage of Friday and Saturday qualifying and Sunday eliminations for each NHRA Mello Yello Series event, with 17 Sunday eliminations shows to be presented in a live coverage format, and the remainder shown either in weekend afternoon or primetime time slots. Four of those live elimination shows will air on the FOX national broadcast network. The 2016 NHRA Mello Yello Drag Racing Series season opens with the Circle K NHRA Winternationals, Feb. 11-14 from historic Auto Club Raceway at Pomona in Southern California.