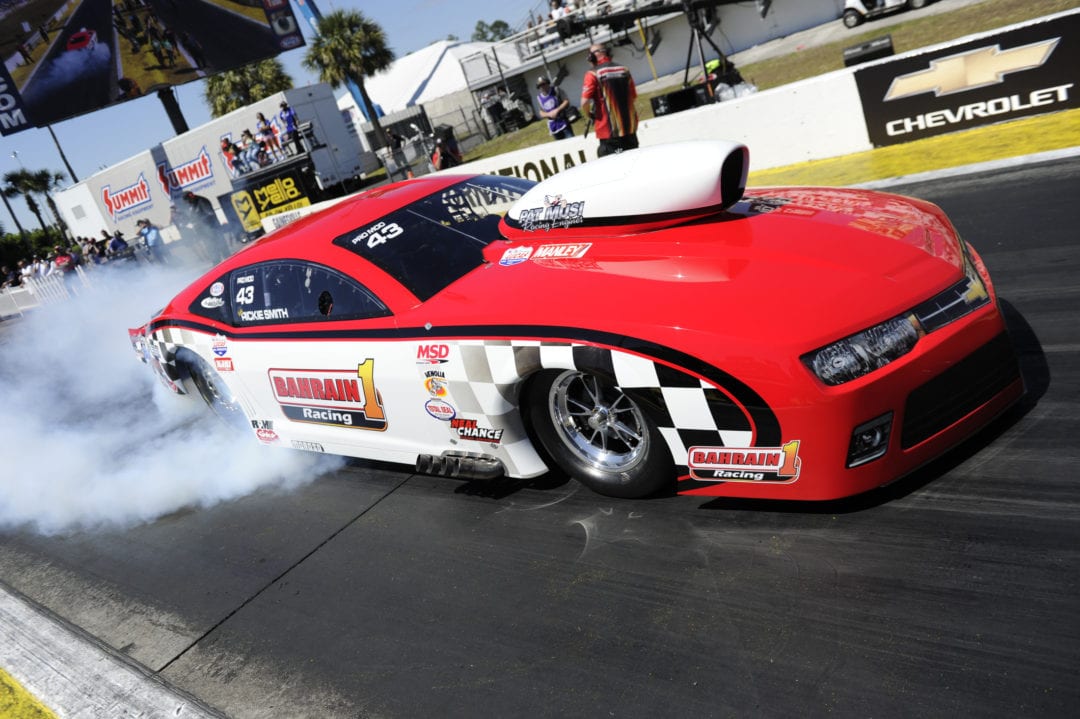 Smith ran a 5.794-second pass at 249.76 mph in his Chevrolet Camaro to take down Mike Janis in the final round and earn his first victory since Englishtown in 2017 and the 12th of his career. Smith defeated Bob Rahaim, Jim Whiteley and Mike Castellana on his way to the win.

“To be able to come out here after not having a sponsor all winter and not knowing what we were going to do this season and then end up getting a win in the first race is really special,” Smith said. “I started winning championships in 1976, and to keep winning races at this age is just unreal.”

Janis secured the fifth runner-up finish of his Pro Mod career, as he chases his first victory since the 2015 season.

Smith finished the 2017 season ninth in the standings and leaves the season-opening event as the points leader in pursuit of his fifth championship.