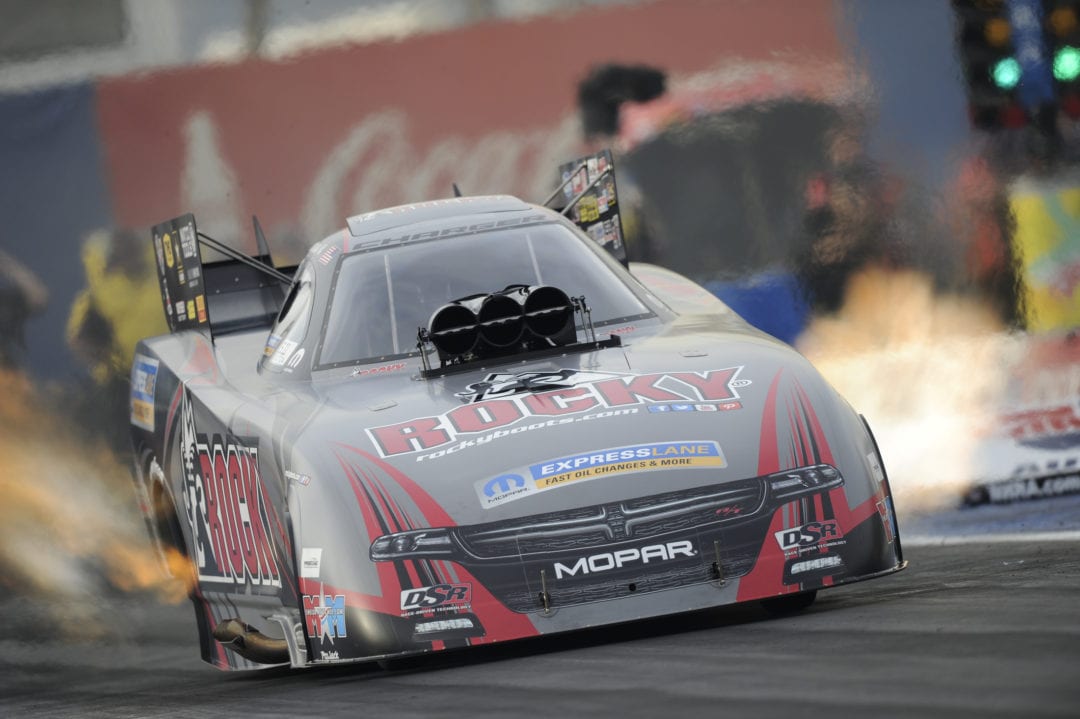 The National Hot Rod Association made their 31st annual trip to Chandler, Arizona last weekend for the CARQUEST Auto Parts NHRA Nationals at what is now known as Wild Horse Pass Motorsports Park. Some unbelievable (like really, really hard to explain) numbers were laid down here at pre-season testing just a few weeks ago, so expectations were high. The race definitely held up. Some of the quickest and fastest passes in history were recorded. Reigning champions maintained their title-worthy performance.

Here are our picks for some of the best and worst moments and performances from the race in the Valley of the Sun.

The reigning Top Fuel world champion came into the weekend after a first-round loss to teammate Antron Brown at the Winternationals a week prior. Citing the early loss and the dominating performance of rival Alan Johnson Racing as motivation to improve, Schumacher and crew chief Mike Green qualified number one with a 3.722 elapsed time. The U.S. Army team march on through eliminations, running 3.725, 3.768, 3.736 and a career-best 3.720 in the final round to defeat Doug Kalitta and his 3.758 ET. 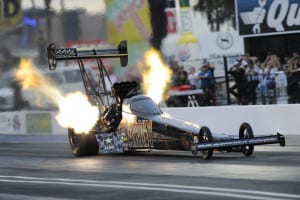 Shawn Langdon’s weekend would’ve been considered routine if he hadn’t completely dominated the Winternationals. Langdon and team owner Alan Johnson qualified number one, recorded the quickest pass in NHRA history and won the race at Pomona last weekend, all while searching for a last-minute sponsor. Still impressive, Langdon qualified sixth and ran 3.812 and 3.758 before smoking the tires against Doug Kalitta in the semifinals here. The team’s post-race press release claims the AJPE group is still not entered for the NHRA Gatornationals in two weeks.

Texas Pro Stock racer Chris McGaha came awfully close to wrecking his new Camaro. Understandably eager after round wins over the Dodges of V. Gaines and Allen Johnson, McGaha got loose downtrack in the semifinals against Erica Enders-Stevens, but ultimately saved the ride before anything more dramatic could happen. He chalked it up to a possible mechanical issue and a little over-driving.

Fireball of the Race: Shane Westerfield

The Phoenix race was really free of any major oildowns or fireballs aside from the qualifying blow-up of Shane Westerfield in the Worsham family’s Funny Car. Westerfield, who will race his Top Alcohol Funny Car here at the regional event next weekend, lit it up in the third qualifying session before qualifying for the first time in his two-race nitro career.

Biggest “This is why we don’t race them on paper” Moment: Funny Car Final Round

It’s hard to think of defending Funny Car champion Matt Hagan as the underdog in any match-up, but the title might be appropriate when talking about the final round. Hagan, fresh off of a Winternationals victory, was the low qualifier with a strong 3.978 ET, but was second-quickest behind Del Worsham throughout eliminations until the round that matters the most. Worsham went 4.037, 4.047, and 4.010 before the final round. Hagan’s prior ETs were 4.072, 4.058, and 4.027, but he fired off a 3.975/324.3 MPH blast to defeat Worsham’s 4.010.

The One That Got Away: Larry Morgan

Now racing a Camaro with power coming from Gray Motorsports, Pro Stock veteran Larry Morgan has probably the best car he’s had in the last few years. In his 29th appearance at the Phoenix race, Morgan qualified eighth with a 5.569 lap and would’ve had a good shot in eliminations, but a slight holeshot loss to Greg Anderson ended his day in round one. A tight race from the start, Anderson was .033 and Morgan .042 on the tree. Morgan (6.599) chased him down, but Anderson’s 6.606 was just enough to move on. The margin of victory was just .0022 – about eight inches.