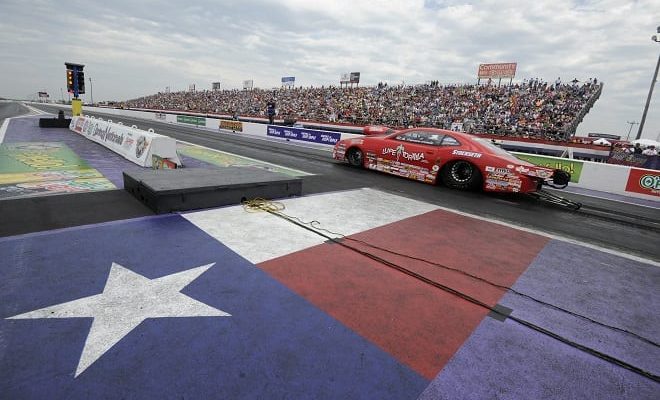 RETURN ROAD: Best and Worst of the NHRA Spring Nationals

The National Hot Rod Association stormed into Baytown, Texas over the weekend for the NHRA Mello Yello Series’ first of two stops in the Lone Star State, the O’Reilly Auto Parts NHRA Spring Nationals. Track records (and rain drops) fell at Royal Purple Raceway. The happenings on-track and off were surprising, disappointing and exciting.

The umbrellas have been put away, winner’s circle hats handed out and spectator gates locked up. It’s time to look back on the best and worst moments from the NHRA Spring Nationals. 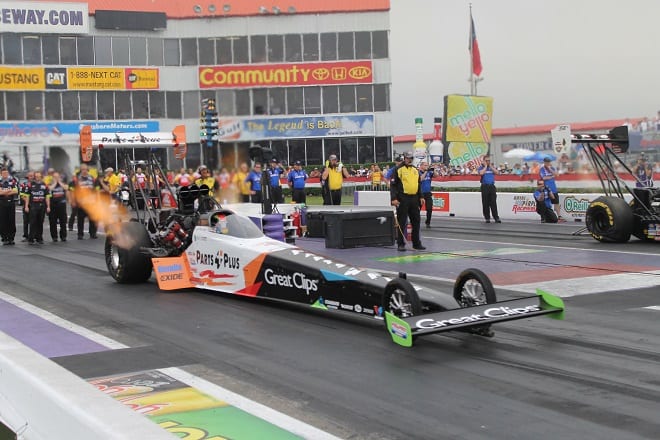 Maybe it’s too early in the season to call this the “breakout race” for the new Stringer Performance team, headed up by Lance Larsen and driver-turned-crew chief David Grubnic, but the Clay Millican-driven Parts Plus dragster laid down increasingly impressive laps to reach the team’s first semifinal round. Millican only qualified 14th with a 3.91 et, but the six-time IHRA champ performed as well as, and in several cases better than, the big-budget, multi-car teams in eliminations, running 3.751 and 3.765 to beat Richie Crampton and Steve Torrence before smoking the tires alongside Tony Schumacher.

Houston native Erica Enders-Stevens ranked her 2014 Spring Nationals win right up there with a U.S. Nationals victory and world championship, so you know the defending event and world champ and her Elite Motorsports team were motivated to go back-to-back this year. Despite the potential distraction of having husband Richie Stevens Jr. and team owner Richard Freeman also competing in Pro Stock this weekend, Enders-Stevens performed without flaw throughout eliminations, leaving first in all four rounds. Teammate Drew Skillman’s guys jumped in to help the Lupe Tortilla/Elite team to perform a ridiculous 14-minute engine swap before the semifinals, making Erica’s second win of 2015 even more impressive. 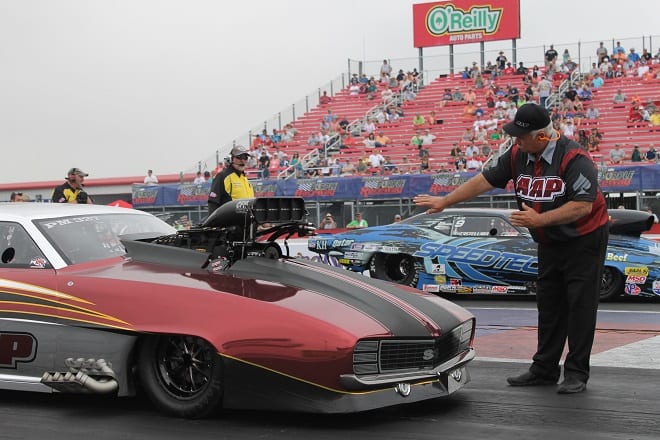 One of the hot topics in the pits at the J&A Service Pro Mod Series season opener in Gainesville was blown alcohol mastermind Frank Manzo’s involvement with Khalid alBalooshi’s turbocharged entry. The duo stayed in the news this weekend when they debuted a supercharged ’69 Camaro, a move that is already showing results. Manzo, the 17-time alcohol Funny Car world champion, tuned alBalooshi to a 5.886 blast in the first round. While it was just a touch short of beating former teammate Mike Castellana’s 5.880, the performance was just a preview of what’s to come from a very formidable group.

Worst (Yet Predictable) Part of the Weekend: The Weather

Rain at the Spring Nationals is about as predictable as ice cream and fireworks at Norwalk. The weekend’s forecast, combined with an already soggy pit parking situation (see “Biggest Disappointment”), led dozens of Sportsman competitors to withdraw from the race early in the week. The delays started on Friday night when on-and-off precipitation slowed down the second Pro qualifying session. Heavy rain continued on Saturday morning, pushing back or canceling Sportsman action. Racing delays aside, the extra moisture made the humid Baytown conditions even more unpleasant for man and machine.

Most Surprising Spectators: The VIPs 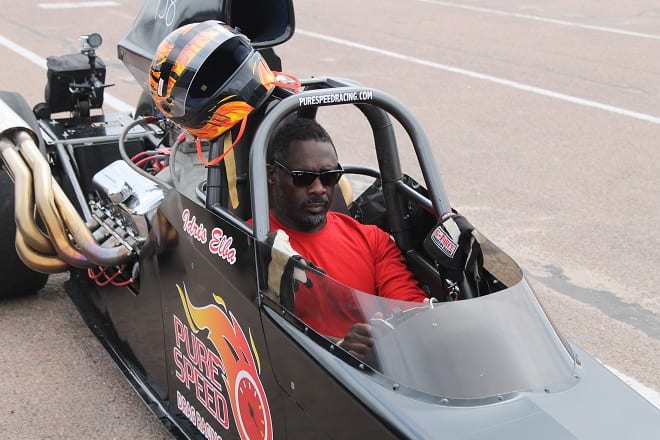 It’s not uncommon to see a celebrity at an NHRA race like Pomona or Englishtown given their proximity to Los Angeles and New York City, respectively, but Houston isn’t a race you expect to see big-name actors or celebrities attending. A-list actor Idris Elba was on-site Thursday through Saturday filming a new show for Discovery set to air mid-summer. A British film crew followed the Englishman as he competed in a Super Comp dragster with mentor Antron Brown and Doug Foley’s Pure Speed Drag Racing Experience crew. Taya Kyle, widow of “American Sniper” Chris Kyle, was at the track on Friday to announce a partnership between the Chris Kyle Frog Foundation and Steve Torrence’s Top Fuel team. Richard Rawlings and the Gas Monkey Garage guys from Discovery’s Fast N’ Loud show were filming all weekend while supporting their GMG-sponsored Top Fuel dragster driven by Kebin Kinsley.

When the rain fell, the unpaved Sportsman pits, Gold Key and spectator parking lots inevitably turned into a muddy mess. Parking teams’ rental cars on the soft earth might lead to an inconvenience or two, but making sportsman racers park their $100k+ rigs in the mud is just ridiculous. It’s not a new problem. Want to know what’s really frustrating? The track’s owners, the Angel family, also own a large paving company!