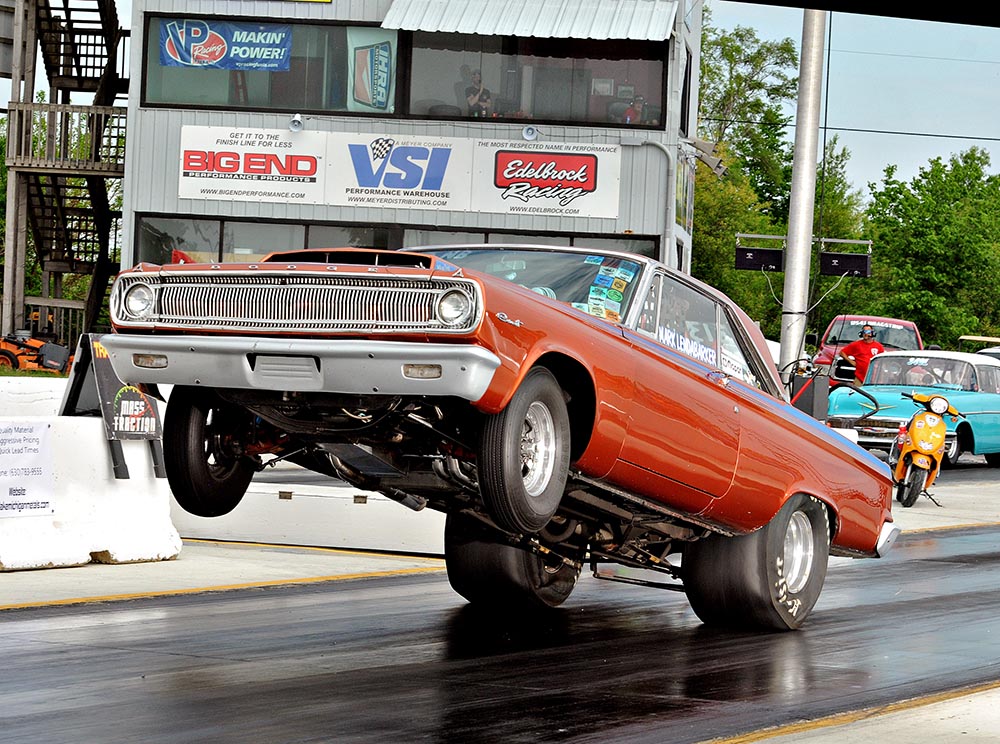 US 41 Dragstrip in Morocco, Indiana, is a classic example of a beautiful dragstrip that lost its luster after decades of neglect, only to be resurrected with fresh new ownership that is pouring time, resources and a whole lot of love into this former national event facility.

Opened in 1994, US 41 Dragstrip was the pride of IHRA and a gem of a facility that represented the sanctioning body’s footprint in the upper Midwest, with a total of three national events being held there. By the late 1990s and into the early 2000s, US 41 Dragstrip began a downward spiral, led by a series of ownership changes that never seemed to work out as expected.

The state of decline seemed to be never-ending when suddenly a lifeline was extended by brothers Bill and Jim Hupke, who own a successful speed shop in Chicago and passionately wanted the dragstrip to succeed. The Hupke brothers bought the track five years ago and thus began a turnaround effort to undo decades of neglect.

The brothers found the facility to be overgrown with weeds and garbage in every direction, with the wooden bleachers rotting away. The bathrooms were atrocious, and pretty much everything on the property was part of the original build, including the timing system, which was the source of many headaches early on.

Slowly but surely, one project after another was completed, beginning with a complete new concrete racing surface install to the eighth mile. Bathrooms were remodeled (now with showers) and a new timing system was purchased. Additional lighting was also installed with more on the way. Earlier this year they performed a regrind on the entire racing surface.

The condition of the facility has been much improved in the last five years with many more updates planned, including upgrading the concession stand with outdoor seating and remodeling the tower, including a plan to return the VIP suites on the third floor, just as it had in the national event days. IHRA sanction has also returned to the facility after years of outlaw status.

When the Hupke brothers took over, the bracket program was pretty much nonexistent, so they selected longtime racer and Midwest native Steve Keys to be in charge of rebuilding the bracket program. Keys started with about 20 racers, mainly his lifelong friends who lived in the area.

“I had been out here earlier and saw how bad the bracket program was and I just wanted to build it,” says Keys. “I brought my daughter out here when she was a kid, back when I used to race motorcycles. A lot of times it was just me, her and the bike, so this track has a special place in my heart.” 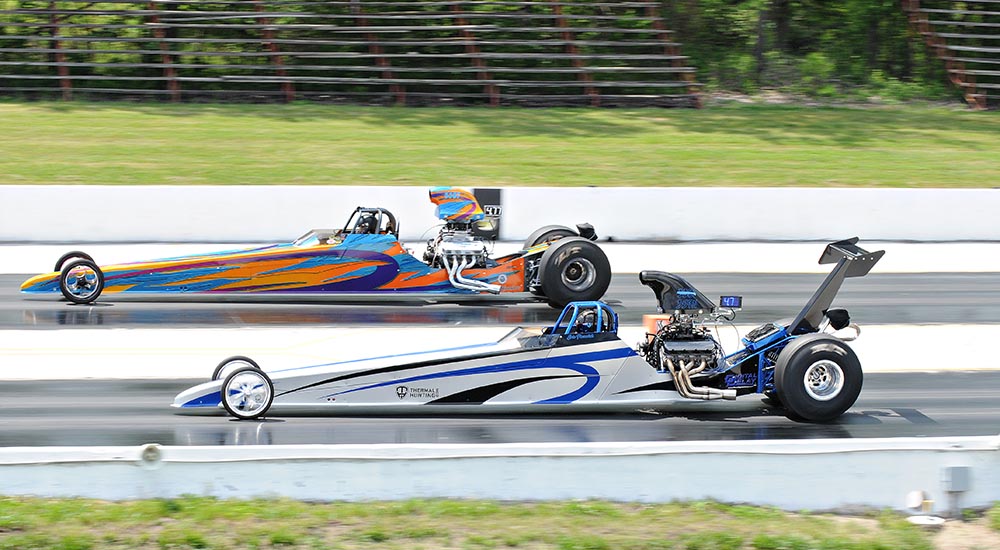 Five years after Keys took over the bracket program, car counts have been on a steady upswing.

“We had 262 cars last week for our season opener, which was just a normal bracket race,” he says. “We rebuilt the program with trust and by doing what we say we’re going to do and not cutting the purse. In fact, last week we had more cars than we were expecting so we took some money and gave it back to the racers. Other than that, it’s been a learning process, just seeing what the racers like and don’t like, and we’re not afraid to try different things.”

Keys was so successful in rebuilding the bracket program, the Hupkes hired him as general manager in 2021.

“With this being my first year as GM, I want to get the team in-sync and learn,” Keys says. “I take constructive criticism very well. Between myself and my assistant manager, Ashton Batchelor, we’re really starting to get a handle on staffing. We’re gonna grow this place, there’s no doubt.”

In addition to the robust bracket program, US 41 is perfectly positioned to capitalize on the Chicago area grudge scene, as well as a healthy and growing test-and-tune program. Suddenly, more and more people are taking notice of the track in recent years.

“We’ve been getting calls from various Pro Mod teams and also A/Fuel dragster teams wanting to come out and test. I envision a lot of things happening out here, including hosting Pro Mod races.” Keys says.

Another asset to the track is the announcer, Greg Nickleski, who calls the races with plenty of passion and excitement.

In late May, US 41 presented the second annual Twin 10 Granders event, which kicked things off on Friday with a 64-car shootout. For the main events on Saturday and Sunday, nearly 300 entries participated, with Zack Gosnell taking top honors on Saturday night behind the wheel of his roadster. On Sunday, Bill Lyons went the distance in his Chevy Nova. 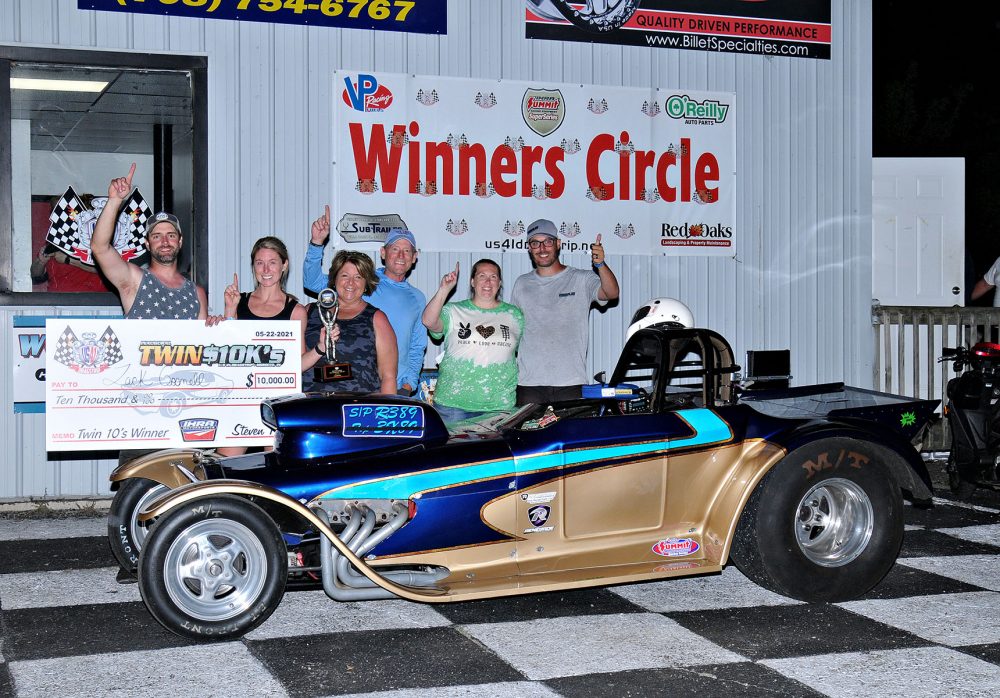 “We want to take successful races like the Twin 10k’s and expand them. We’ve got plenty of paved parking here, but we’d like to lay even more asphalt. We want to grow this place at just the right pace; we don’t want to get too big too fast,” Keys says.

In addition to bracket and grudge races, Keys and team have several no-prep events on the 2021 schedule. While most of the racing at US 41 is contested on the eighth mile, the entire 1,320 does see some action on test-and-tune night, and also with a local group called Pro E85, which races on the quarter mile using a trio of indexes.

“Speaking of the racing surface, we’ve done a contract this year with Brandon Mass of Mass Traction,” Keys adds. “He’s who did the regrind on the track earlier this year. Brandon is the real deal, and getting him on board is probably the best move we’ve made.”

Currently, US 41 Dragstrip is open Friday through Sunday to the public, with private track rentals mid-week.

“When we’re not racing, I’ve got my guys working on various projects during the week – it’s a lot of hours of work,” Keys says. “Good things are happening here, and we’re gonna grow this place, there’s no doubt about it.”