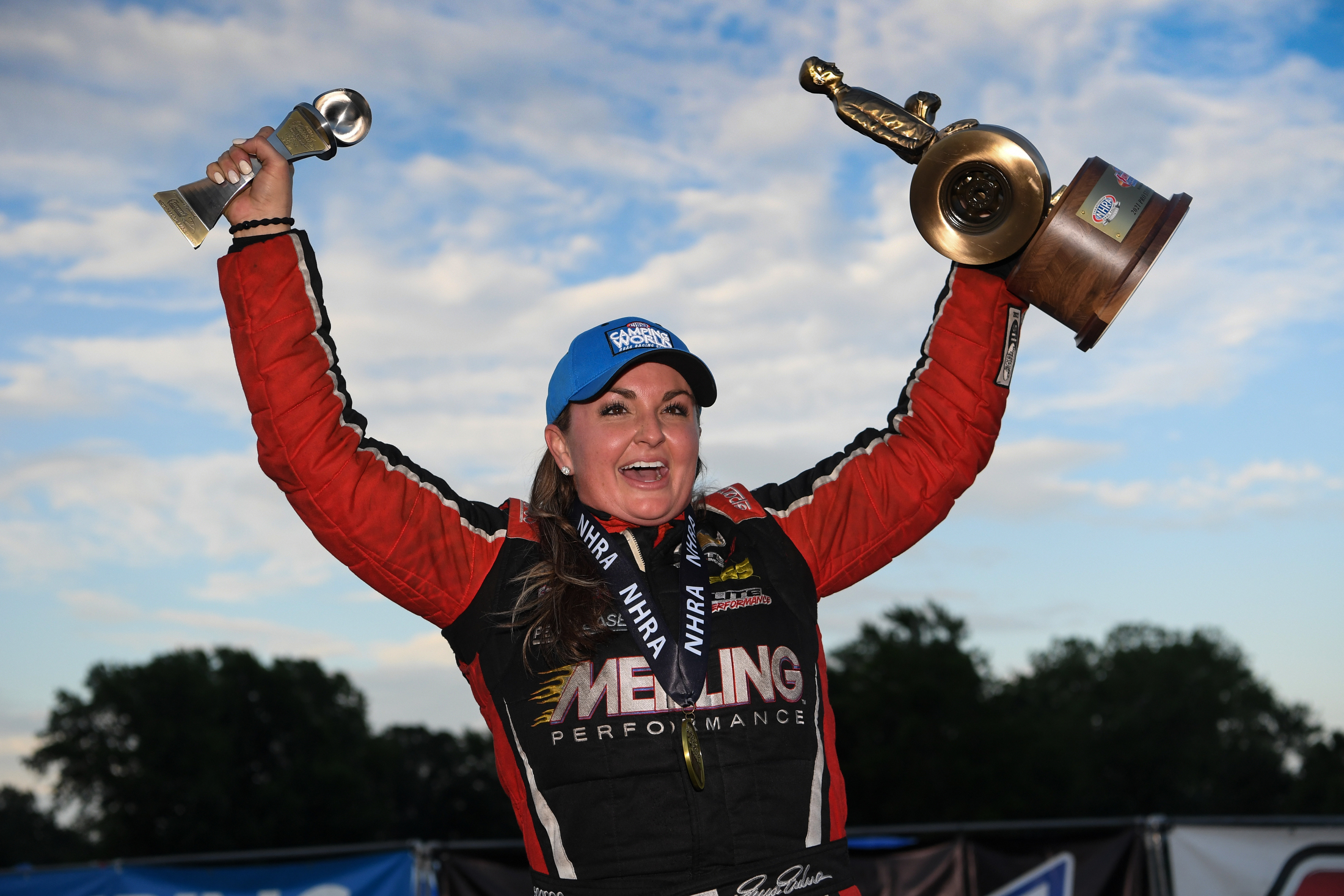 NHRA’s four-time and reigning Pro Stock champion, Erica Enders, has been nominated for the 2020 ESPYS Best Driver Award.
Enders claimed the NHRA Camping World Drag Racing Series championship last season to deem her the winningest NHRA female champion, with four world titles to her name.
With her previous ESPYS Best Driver Award nomination in 2015, Enders joins NHRA greats of John Force (2000-2003, 2011 and 2014), Tony Schumacher (2007-2010) and Greg Anderson (2005 and 2011) with multiple nominations for the prestigious award.
“Being nominated for an ESPYS award is a testament to all of my team’s hard work,” said Enders of her Melling Performance/Elite Motorsports Chevrolet Camaro team. “Last year was a battle to the end and I was so proud of everything we went through. I’m just so thankful to be able to drive this car and work with these guys who make it all possible.”
Also on the 2020 ESPYS ballot, is seven-time Formula One champion Lewis Hamilton, IndyCar Series champion Scott Dixon and NASCAR Cup Series champion Chase Elliott.
Voting for the award is open now. Visit bit.ly/EricaESPY2021 to vote.