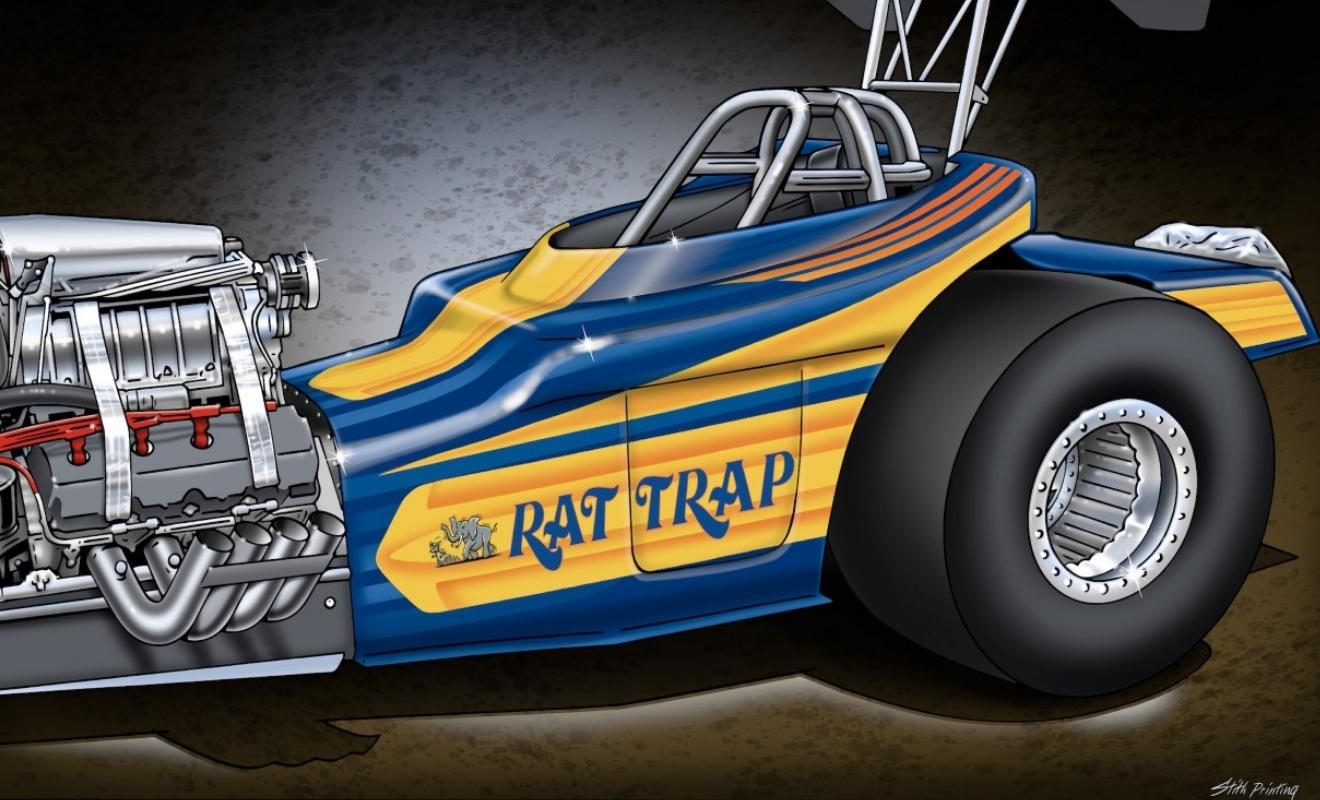 Ron Hope, owner/driver of the infamous Rat Trap AA/Fuel Altered has announced that his grandson Michael Hope is to take the wheel of a new Rat Trap Altered.

“We purchased the PRO 7.0 car ‘Mechanical Bull’ from Ronny Robbins,” said Michael’s father Brian who can most often be seen driving Rich Guasco’s Pure Hell AA/Fuel Altered when he is not wrenching on father Ron’s Rat Trap.

“The Keith Black Hemi-powered T-bodied car will be run under the Rat Trap Racing banner,” continued Brian, “and it will, of course, be painted in Rat Trap style by Jeff Embrey at Embrey’s Customotive and lettered master striper by Dennis Jones.”

“Ronny’s quickest and fastest times on alcohol were 6.94/199. Not quite the magic 200 but hopefully with a little time behind the wheel Michael will be hitting the magic numbers.”

22-year-old Michael is no stranger to the dragstrip having been around the family’s numerous racecars, including Rat Trap, since Ron resurrected the car in 1995. He is currently the clutch man on the Hilton Family Great Expectations II Nostalgia Top Fuel dragster and an all-rounder on Tony Lombardi’s PRO 7.0 front engine dragster. Prior to these duties he was the clutch assistant on Mike Morrell’s ‘Little City Charger’ fuel Funny Car.

“I’ve been around drag racing and Bonneville cars my whole life,” said Michael who works at the family business Trailer Cabinets/Technocraft in Mount Pleasant, TN. “Now, it’s my turn to carry on the family tradition of driving an altered and we thought a PRO 7.0 car was a good place to start. We’ll have the car on display at the Goodguys 16th BASF Nashville Nationals and at the Holley National Hot Rod Reunion but I won’t drive it until later in the year.”