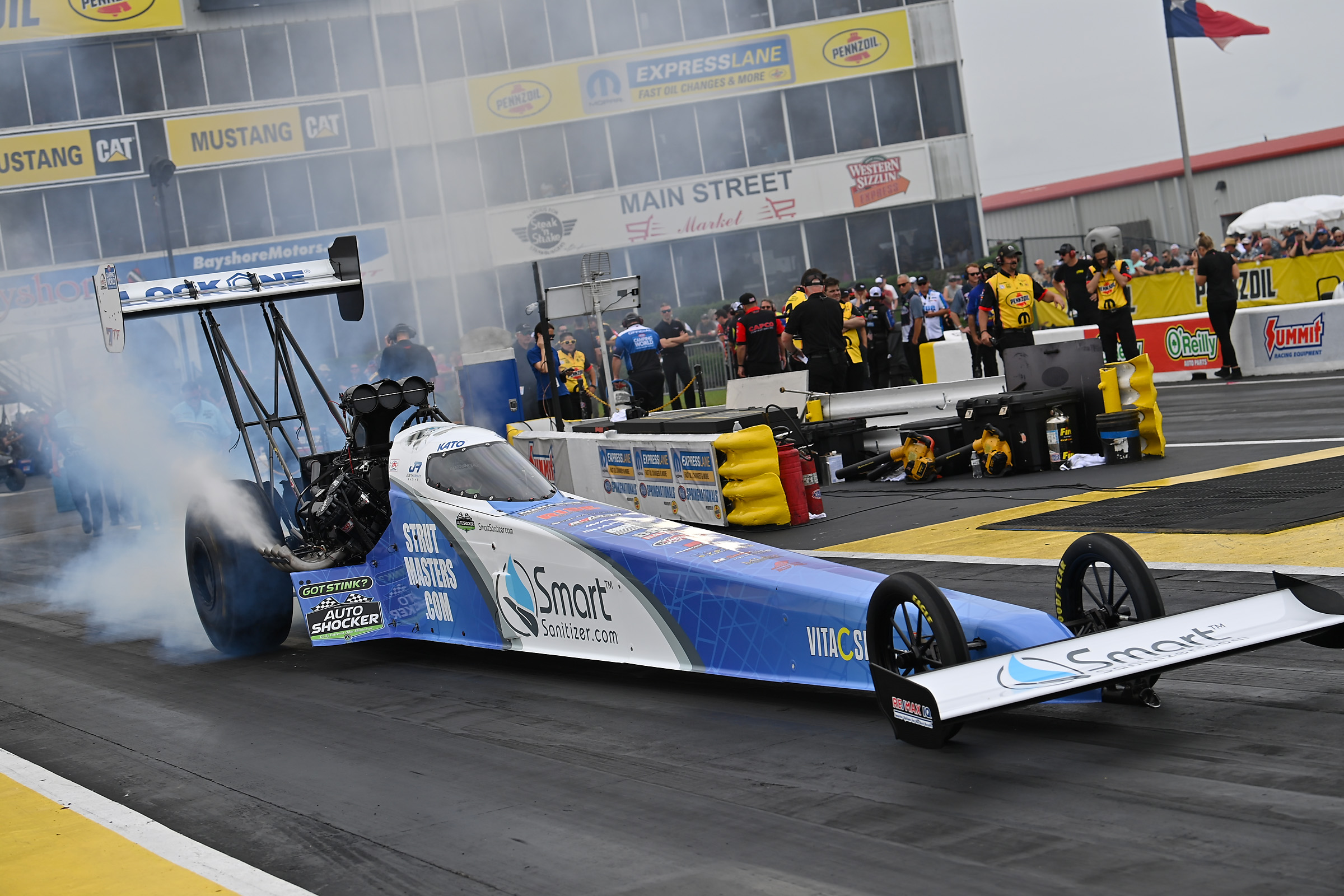 Justin Ashley will be taking on New England Dragway in Epping, New Hampshire for the first time in his career this weekend. The second year driver will bring the Smart Sanitizer Top Fuel dragster powered by Strutmasters.com into the sixth race of the NHRA Camping World Drag Racing Series season sitting in the No. 8 spot in the points.  The track which hosts the Tascaparts.com NHRA New England Nationals presented by Bandero Premium Tequila has a long history of NHRA drag racing and Ashley is looking forward to the challenge of racing at a new facility especially on that is close to home.

“I am very much looking forward to joining my Davis Motorsports team in Epping for an exciting weekend,” said Ashley, 2020 NHRA Rookie of the Year. “This will be the first time I race at this particular track and aside from Maple Grove Raceway this is the closest track to my home in New York. All of that gives this race extra significance. But once the race begins, it’s all the same from there. I can’t wait to sit behind the wheel of our Smart Sanitizer Top Fuel Dragster powered by Strutmasters.com this weekend.”

This will be the second time in 2021 that Ashley is making his first run down a new track. Early this season Ashley qualified No. 9 and raced to the quarterfinals at the final NHRA Southern Nationals at Atlanta Dragway. The young driver is a quick study and depends on a support system that includes his veteran crew chief Mike Green.

“Every race I get great direction from my crew chief Mike Green,” said Ashley. “My routine stays the same but having an increased awareness of the top end turn off and starting line area come into play. For me it is all about preparation and focus. Coming into my second season there are tracks I have some experience at but other tracks like New England Dragway where I will be learning on the fly. I love the challenge and I am looking forward to a good weekend.”

In Charlotte at the NHRA Four-Wide Nationals Ashley and the team announced an additional primary sponsor with Smart Sanitizer joining Strutmasters.com on the Davis Motorsports Top Fuel Dragster. This weekend executives from Smart Sanitizer will be at the races continuing to network and introduce their sanitizing kiosks to NHRA fans. The business to business aspect of NHRA is one of the major keys to the growth of Ashley’s motorsports program. He has continued to bring on new partners throughout his career including Auto Shocker, BBQ Nation, KATO Fastening Systems, Red Line Oil, The Daily Crave, and RISE Brewing Company.

“The sponsorship and marketing aspect of racing is something I also really enjoy,” explained Ashley, who runs a real estate investment organization when he is not at the races. “We brought on BBQ Nation right before this race through a relationship with Menards and we have a number of partners that use our team and the sport to grow their brands. The ability to interact with the fans throughout the races is a huge plus for our marketing partners and we are constantly looking for creative ways to promote their products.”

Qualifying for the NHRA New England Nationals will begin on Friday night with two additional sessions on Saturday. Final eliminations will begin at 11:00 a.m. (ET) on Sunday with Fox televising three hours of finals coverage beginning at 1:30 p.m. (ET).