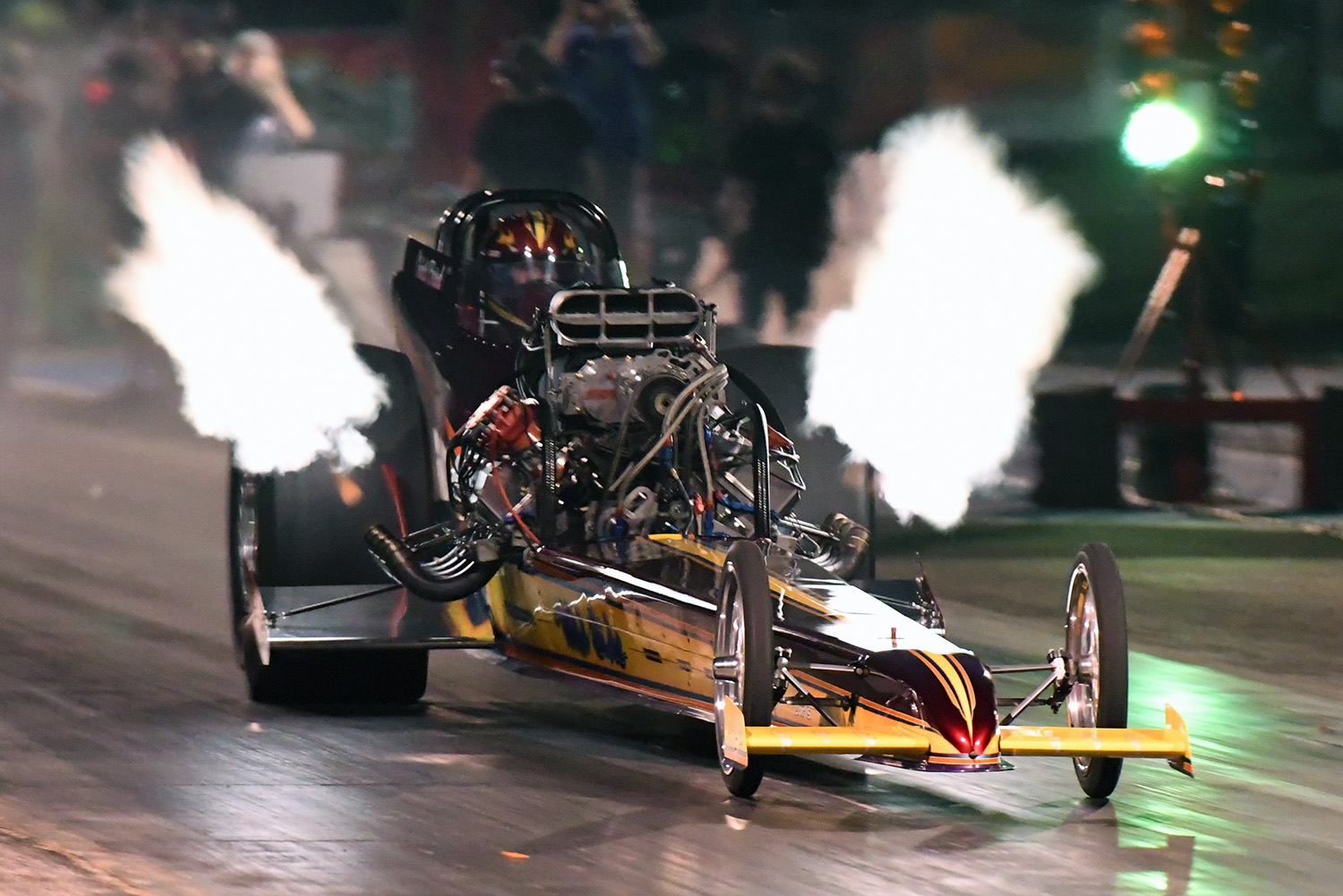 We first brought the news back in December when Chris Graves of the Funny Car Chaos series and Gerald Kramer of Eddyville Raceway Park announced their co-promoted effort for a run whatcha’ brung, all-nitro-burning drag race, the Inaugural Nitro Chaos, presented by Twisted Shifterz and 360 Steel! Fast forward six months and we are rapidly approaching race weekend set for Friday night and Saturday, July 30 and 31 in Iowa. This one is shaping up to be the must-attend event of the year for any nitro junkie.

In true ‘Chaos’ form, anything goes at this one folks. Any car, dragster, doorslammer or altered can compete with any engine combination. The only rule, 80% or better nitromethane in the tank. The quickest 16 cars will qualify and compete in two fields of eight on a pro ladder. The Spell Paving Services ‘A’ Field will feature the quickest eight qualifiers and award the winner $10,000 and Wulff Pumps ‘B’ Field will include qualifiers nine through 16 for $5,000 to win, total payout spanning all 16 qualifiers is over $30,000. Race teams from across the country have been eyeing this heads-up nitro hootenanny since it was announced, and a wide variety of fuel burners are entered and ready to flex their muscle.

Scott Palmer has just announced he will be in attendance with his Missouri-based Top Fuel dragster and fans may also see the “Studezilla” Top Fuel Pro Mod make a few passes over the weekend. It was recently announced that Joe Haas and family will make their competition debut in the eye turning “American Way” 1957 Chevy Funny Car at this event. Dave Hill will also be making his competition debut in the Indiana-based “Nitro Fever” AA/Fuel Altered. Mike Minick and company will have the world-famous “Chi-Town Hustler” Funny Car in the house. Chuck Baird’s ground pounding Outlaw Front Engine Top Fuel Dragster will be on the property and a favorite after career-best runs in recent testing. South Carolina’s Dan Pettinato is ready to mix it up in their “Rat Poison” AA/Fuel Altered. 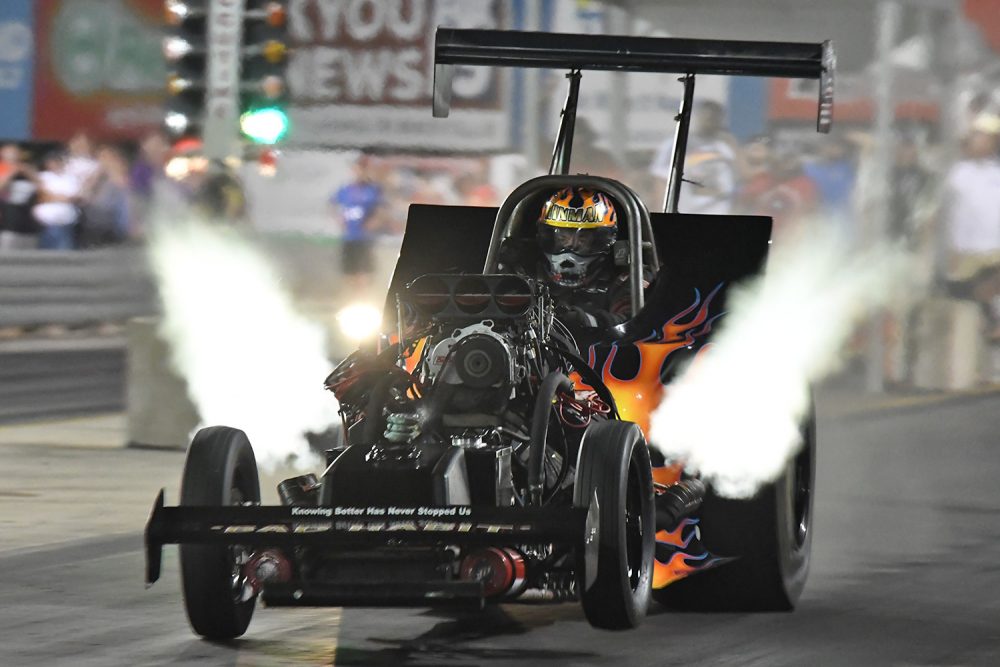 It all starts Friday night under the lights on July 30 with two rounds of heads up, side by side qualifying. Saturday will host a final qualifying session and final eliminations starting Saturday afternoon. Do yourself a favor, nitro fans: load up the RV and take your summer trip to the Inaugural Nitro Chaos at Eddyville Raceway Park, you will not be disappointed! Subscribers of FloRacing.com can look forward to watching all the action on the live stream presented by Entech Oil and Lubricants. For more information visit www.nitrochaos.com.