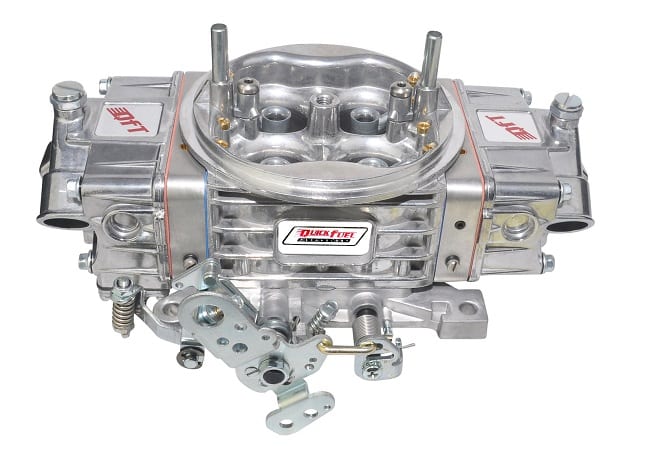 Available sizes include 650, 750, 850, and 950cfm mechanical secondary models and a 750 vacuum secondary model is also offered. QFT’s Street-Q carburetors utilize the race-oriented Q-Series main body that does not have a choke horn or choke, so if you live in colder climates, the folks at Quick Fuel Technology® suggest choosing one of its SS-Series carbs that come standard with electric chokes and most of the same Street-Q features.