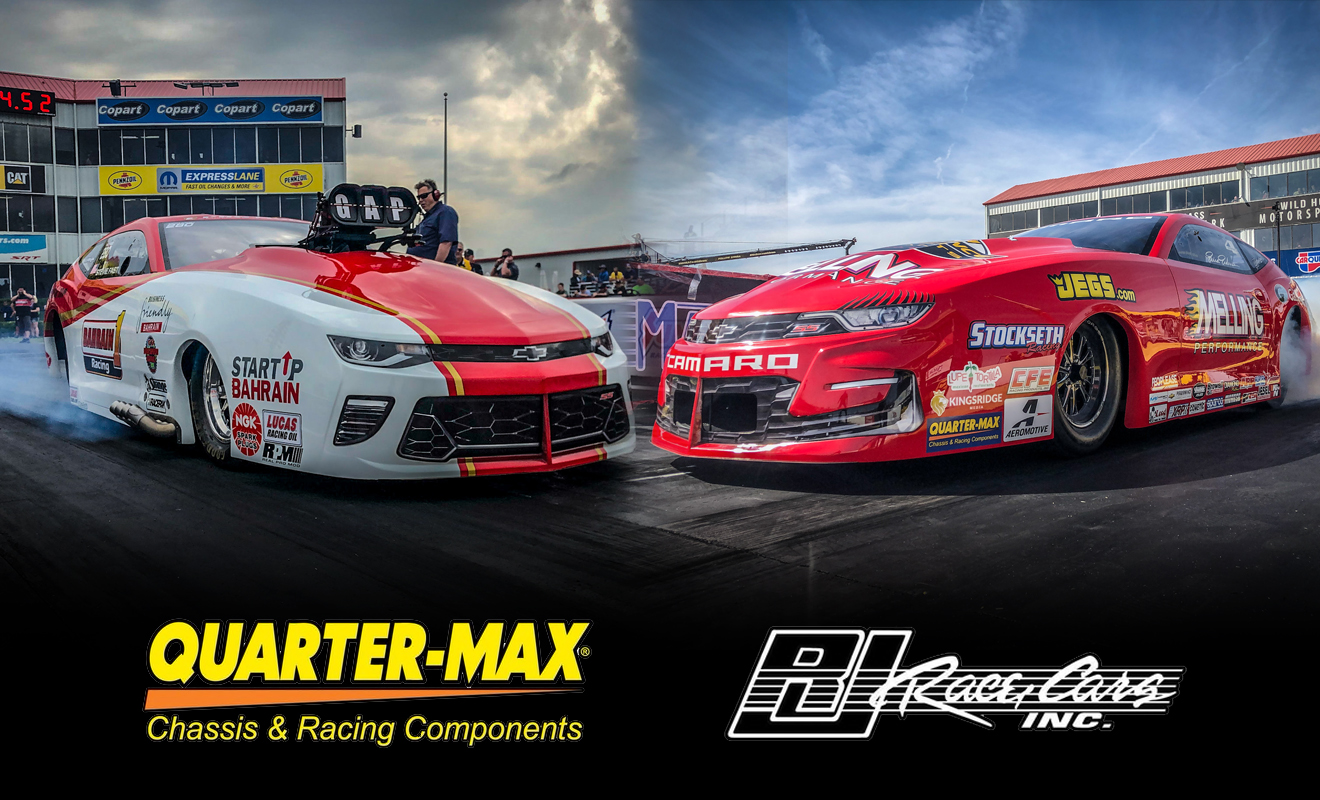 With standouts and defending world champions in both Pro Stock and Pro Mod as their customers, it was announced today that Quarter-Max Chassis and Components, and RJ Race Cars have been named major sponsors for the Drag Illustrated World Doorslammer Nationals presented by CTech Manufacturing.

The inaugural race takes place March 6-8 at Orlando Speed World Dragway and gives the star drivers in both Pro Stock and Pro Mod the spotlight. The winner in Pro Stock nets $75,000, while $50,000 will be awarded to the Pro Mod winner. Meanwhile, plenty of RJ Race Cars will be in attendance, including defending NHRA Pro Stock champ Erica Enders and reigning NHRA Pro Mod world champ Stevie “Fast” Jackson.

The overall purse has grown to more than $300,000, providing participants an incredible opportunity for early-season success at one of the top facilities in the country. It could also prove to be a showcase for RJ Race Cars and Quartermax, which have delivered standout products at their state-of-the-art facility in Galesburg, Ill. for years.

Their 22-person staff provides high-quality components and expertise, making the company an industry leader. Owners Rick and Rickie Jones also offer hands-on tuning advice, and have been standout crew chiefs for the likes of Enders and Jeg Coughlin Jr., who will be competing in Orlando. To not only be a sponsor, but also participate at the race adds another exciting level for the company.

“We’re excited to be one of the sponsors and proud to be one of the teams racing,” Rick Jones said. “I can’t wait, actually. I can’t wait to get there and get going. People are going to fast and we’re really, really looking forward to it. This is a cool thing to watch because these two classes, Pro Stock and Pro Mod, get the headlines. I can’t say enough about our team and the job they all do at the shop, and we’re excited to see everybody throw down in Orlando.”

Qualifying for the Drag Illustrated World Doorslammer Nationals presented by CTech Manufacturing includes one session on Friday, three on Saturday and then eliminations beginning at 11 a.m. on Sunday. It will all be streamed live on SpeedVideo, with Rickie Jones believing the conditions will be ripe for one incredible pass after another. With a chance for a massive payday at an electric atmosphere, he can’t wait to see it all go down.

“It should be a lot of fun,” Jones said. “It’s a little less pressure on one end because there’s no points, but on the other hand you’re racing for a ton of money, which does add pressure. Whoever wins this deal will definitely have something bragging rights. If the weather’s good, maybe you’ll see some records fall as well. We’re really looking forward to competing and we should see some really fast times and really quality racing. There’s a ton of Pro Stock and Pro Mod fans out there, so it’s going to be cool.”e cool.”