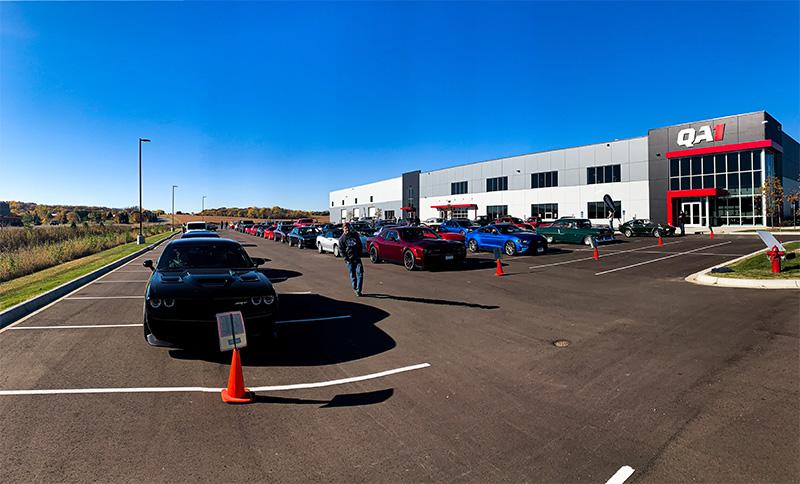 QA1 has announced plans for a series of #goDRIVEit cruises in 2021, with dates to be announced during the upcoming winter months.
The new season will follow the same format as their successful 2021 set of #goDRIVEit cruises, which brought over 750 vehicles and nearly 1500 people together for drives throughout Minnesota and parts of Wisconsin.
Designed as a way for everybody, no matter their vehicle, to get out of the house and spend a fun day cruising with family, friends, and other enthusiasts, the three cruises each followed a roughly 100-mile loop, giving attendees plenty of time to enjoy the scenery, stop for photos, and just enjoy the ride at their own pace. Each was designed around back roads and avoided major highways as much as possible:
Interested in driving these routes yourself? The QA1.net/cruise page includes links to a Google Map of each route for you to follow.
“We designed the routes to explore areas your GPS normally wouldn’t take you,” says Dave Kass, QA1 Marketing Manager. “For 2021, we plan to create new routes with the same focus on combining long straightaways with awesome curvy roads, all while exploring the great scenery our area has to offer.”
QA1 believes vehicles are meant to be driven, not hidden, so all years, makes, and models are welcome, from the most pristine show cars to rusted-out backyard gems. Vehicles in the 2020 season ran the gamut, from motorcycles to muscle cars to Porsches and Teslas, and even included Street Outlaws stars Tina and David Pierce.
“These cruises are the heart of what we do,” says Kass. “This is our core belief and mission: No matter what you drive, we want you to #goDRIVEit!”
Join the movement and watch for the 2021 schedule at QA1.net/cruise.