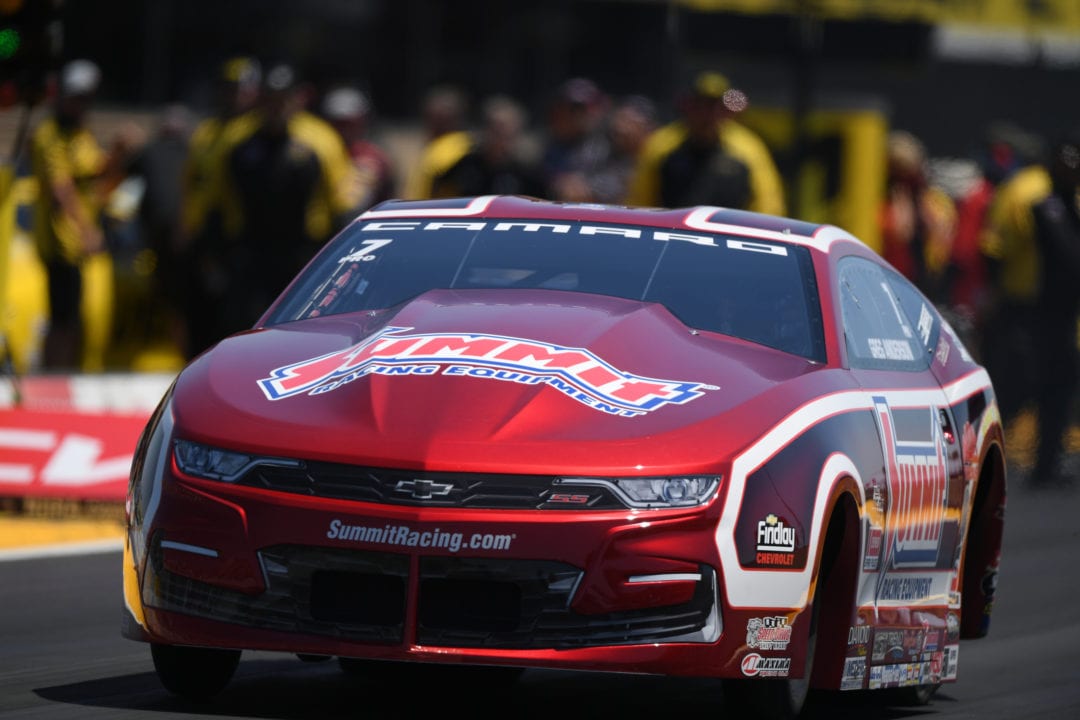 Greg Anderson is already the only driver in Pro Stock history to sweep the famed NHRA Mello Yello Drag Racing Series Western Swing. But heading into this weekend’s 32nd annual Magic Dry Organic Absorbent NHRA Northwest Nationals at Pacific Raceways, the four-time world champ has a chance for a first in NHRA history.

Anderson won the arduous three-race Western Swing in 2004, and after sweeping Denver and Sonoma the past two weeks in his Summit Racing Equipment Chevrolet Camaro, the veteran can become the first driver in NHRA history to sweep the Western Swing twice if he wins this weekend in Seattle. That indicates just how difficult it is to win this set of three straight races and Anderson fondly recalls the first time he did it, knowing how special it would be to repeat the feat in 2019.

“I can remember the feeling of how cool it was like it was yesterday,” Anderson said. “You realize after years of trying to do it again just how difficult it is. It’s a tough deal. To do it twice, it would be pretty awesome, but I’m getting ahead of myself because it’s so dang hard to win these things anymore. Seattle is a cool place, but it’s definitely a tough place to win.”

Antron Brown (Top Fuel), Ron Capps (Funny Car) and Tanner Gray (Pro Stock) were last year’s winners of the event that will be televised on FOX Sports 1 and the FOX national broadcast network, including live final eliminations on FOX starting at 4 p.m. (ET) on Sunday, Aug. 4. It marks the 10th of 18 races during the 2019 NHRA Pro Stock season and Anderson will look to continue the impressive momentum he’s built during the last two weeks. 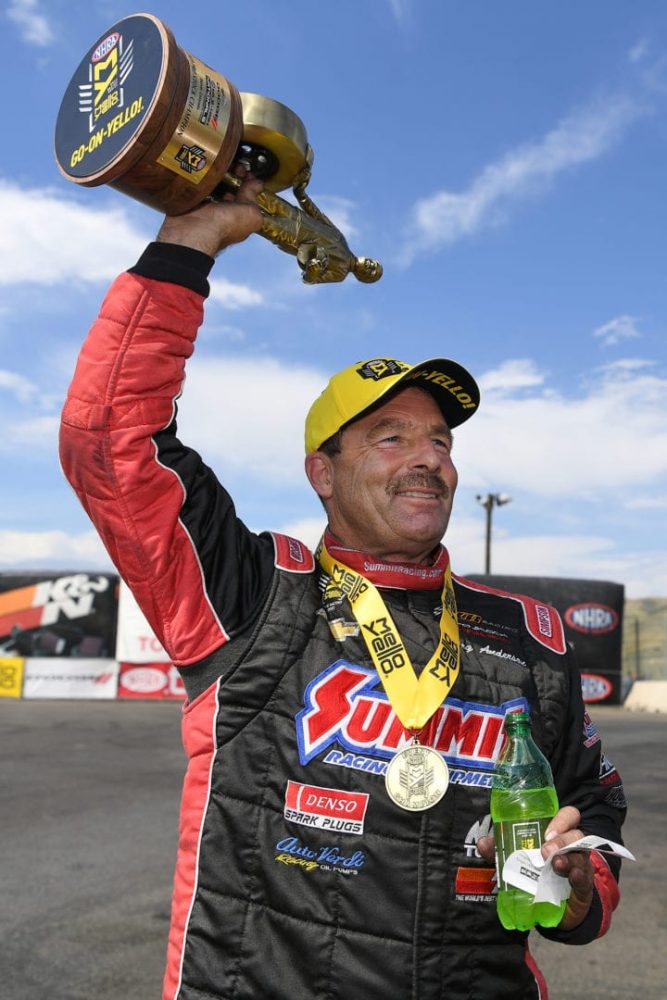 After going a year between wins, Anderson went back-to-back in his Camaro thanks to a series of consistent performances. It moved him to 93 career wins and second in the points standings, and put him in prime position to make history at Pacific Raceways. He’s been solid in qualifying and then spectacular during eliminations, but he doesn’t head to Seattle feeling any extra pressure.

“I think it’s exciting and I don’t look at it as pressure,” Anderson said. “I’m definitely going to be excited to give it go, give it a try and it seems like our team is doing a good job. My car is a lot better and we’re finding ways to win we weren’t finding earlier in the year. We’ve definitely gotten better as a race team throughout the summer months, without a doubt.”

In the long run, that may be most important factor, at least when it comes to winning another championship. Anderson seems to be hitting his stride as the Mello Yello Countdown to the Championship approaches, which makes him a dangerous contender again racing against top names in the class like points leader Bo Butner, Deric Kramer, five-time world champion Jeg Coughlin Jr., Erica Enders, longtime teammate Jason Line, Alex Laughlin, who Anderson beat in the Sonoma final, Denver runner-up Matt Hartford and Chris McGaha.

He hopes to see that trend continue in a major way in Seattle, but there’s no denying Anderson hit the ground running after Pro Stock’s six-week break early in the season.

“It was a question of who was going to come out of that break looking like they did the best with their off-time,” Anderson said. “It seems like we came out of that break stronger than we were. We started the season horrible and when we came back from that break, we were contenders again. You could tell we were definitely building towards winning again. It’s been a momentum-builder ever since that break, and it’s time to peak right now. I think we’re close to that.”