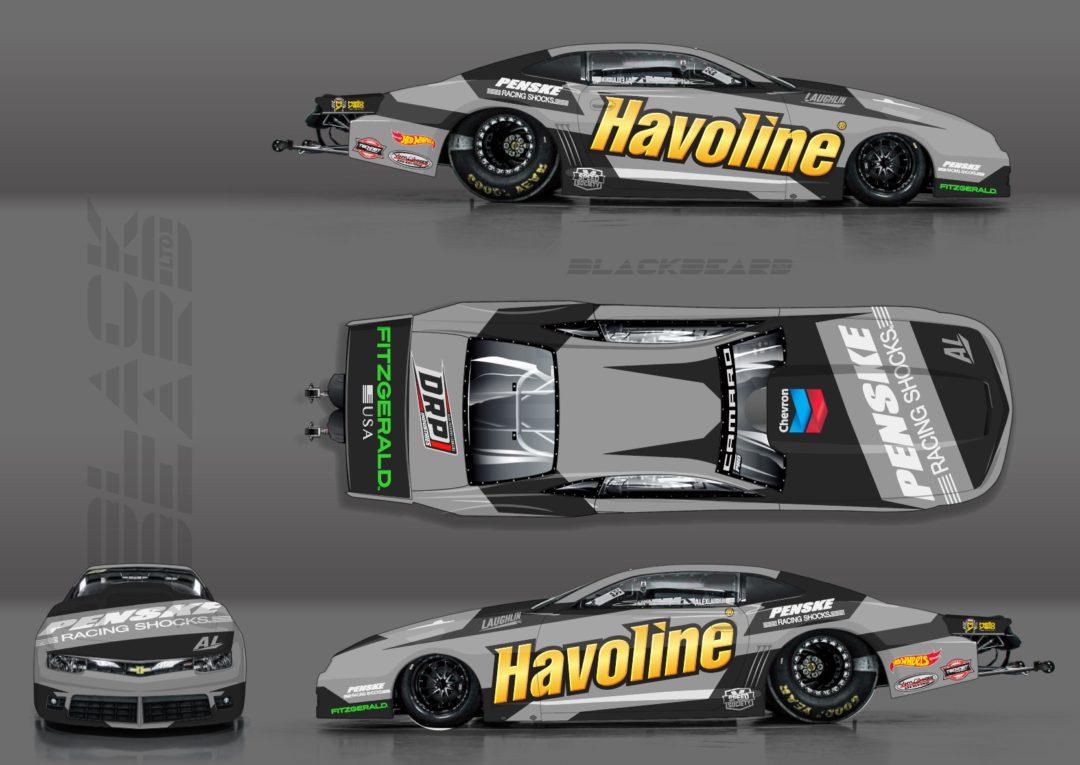 Coming off the biggest win of his Pro Stock career, Alex Laughlin will have a new sponsor on board his U.S. Nationals-winning Camaro for this weekend’s NHRA Countdown to the Championship opener in Reading.

Laughlin has partnered with Penske Racing Shocks for the NHRA Nationals at Maple Grove Raceway, teaming up with the Reading-based company as he starts a journey he hopes ends in his first world championship.

The Penske Racing Shocks logo will be on the hood and side of Laughlin’s Havoline Camaro as he tries to pick up a win at the company’s home track.

“It’s exciting to partner with Penske for this race, especially since it’s their hometown track,” Laughlin said. “They’re the biggest and baddest racing shock company in drag racing. We’ve been running Penske Racing Shocks on both our Pro Stock and Pro Mod cars since day one. That’s a testament in itself for the credibility of the product. When it comes to trying to be the best, you have to use the best, period. For us, there’s no other option.”

Laughlin’s Pro Stock Camaro will also be in the Penske booth during the upcoming SEMA Show, which takes place Nov. 5-8 in Las Vegas. 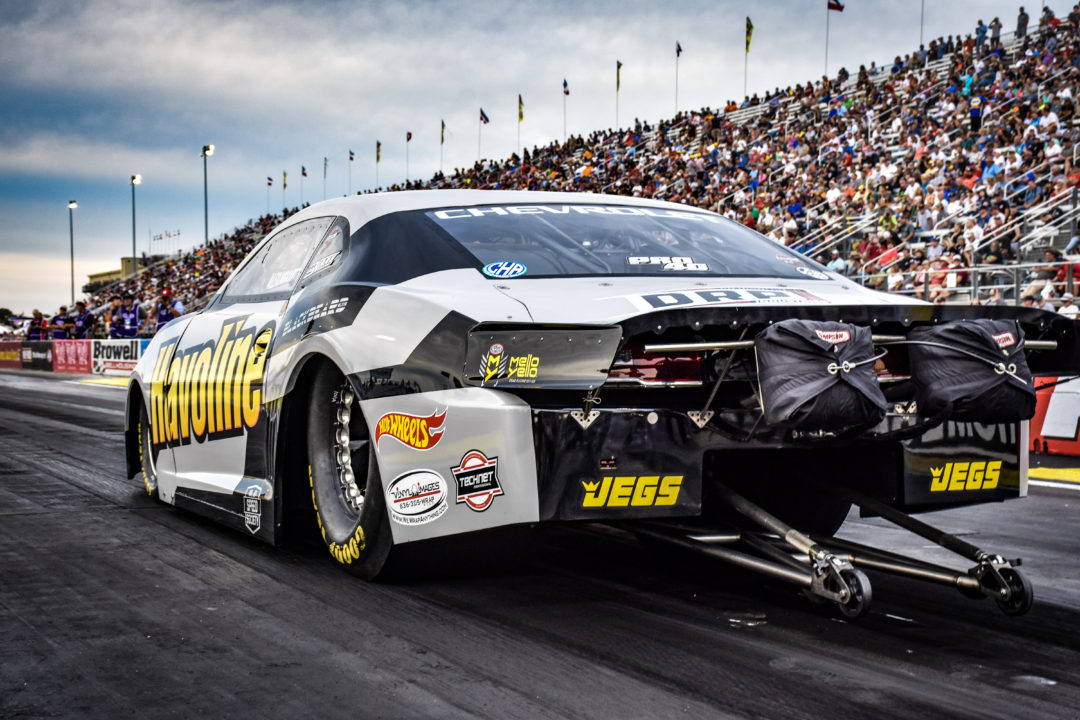 “We’ve always done business with both Lambert brothers but to take this relationship to the next level makes us super proud,” Laughlin said. “Knowing that people are excited to be on board and be involved, it’s really cool and I can’t wait for this weekend.”

Laughlin enters the race at Maple Grove Raceway with a world of momentum. The Elite Motorsports standout won at Indy, picking up his first victory of 2019, and will start the Countdown to the Championship second in points. It’s Laughlin’s first career NHRA Pro Stock playoff berth and he’s confident he can continue this outstanding pace in the Countdown.

“I truly believe I have one of the best cars in the entire class,” Laughlin said. “Between my crew chief (Brian ‘Lump’ Self) and the calls being made on the car, I have all the confidence in the world in my team. It seems like everything has gone right. He is super confident and that’s a big part of it. Whatever we’ve been doing, we just want to keep doing.”

Mello Yello Drag Racing Series qualifying will feature two rounds at 2:00 and 5:00 p.m. on Friday, and the final two rounds of qualifying on Saturday at 12:45 and 3:00 p.m. Final eliminations are scheduled for 11 a.m. on Sunday. Television coverage includes Friday Live from 7-8:30 pm ET on Fox Sports 1 (FS1) on Friday, as well as live coverage on Sunday from 2-5 p.m. ET on FS1. 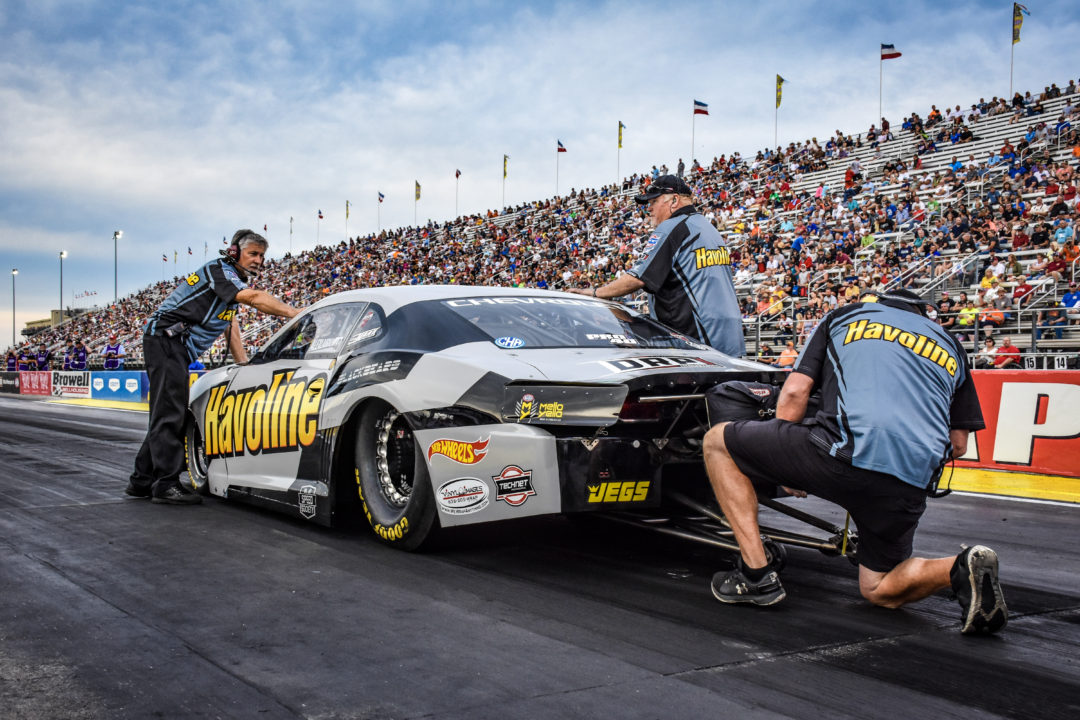