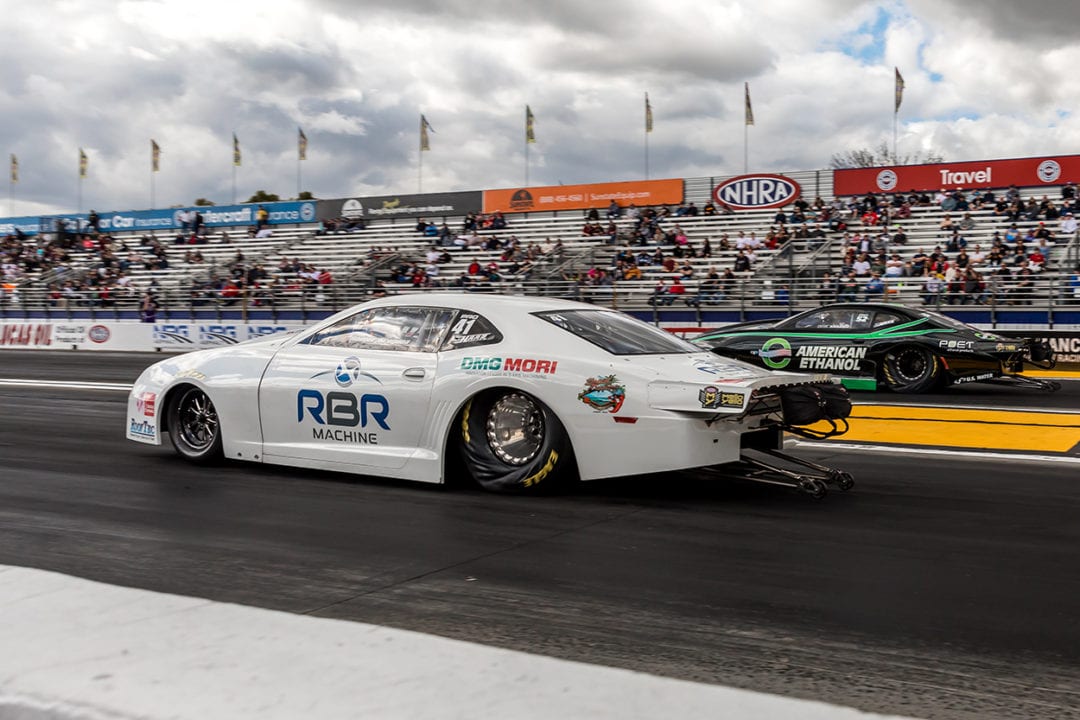 Rodger Brogdon can’t quite put his finger on why he’s always had success at Wild Horse Pass Motorsports Park, but he’s not about to argue with it. The Pro Stock veteran only hopes it continues at this weekend’s Magic Dry Organic Absorbent NHRA Arizona Nationals, where Brogdon will look for his second career Pro Stock win at the track.

“I’ve always been able to do good there and I don’t know why. It’s just one of those things when I get there I know I’m going to go fast,” said Brogdon, who also has a sportsman win in Competition Eliminator at the facility. “I’ve went fast just about every time I’ve been there and I feel good about the race. I do terrible in the casinos there, but good on the race track.”

Brogdon will gladly take that luck again this weekend as he looks to make a major jump in the standings at the second of 18 NHRA Pro Stock races in 2019.

The year started well enough for Brogdon, as he put together his second career No. 1 qualifier in his RBR Machine Chevrolet Camaro with his impressive run of 6.522 at 212.03 mph.

Eliminations were a different story, as he bowed out in the opening round of eliminations, sending the Houston-area native home early. But those issues appear to be behind Brogdon and his Elite Motorsports team heading to Phoenix, where expected cool conditions could lead to quick times this weekend.

Couple the fact that Brogdon went 6.542 in testing at the facility earlier this month and he is thinking big.

“I’m very confident. When we tested there, we went fast and were the fastest car down the track in the 2-3 days we were there,” said Brogdon, who has three career Pro Stock wins. “We just have to get the car right on raceday, but I think we’re ready to go. The guys found a couple small things, and it doesn’t take much in Pro Stock car. To make four good runs on a Sunday, it’s hard to do, but I think we’ve got a good handle on things.”

The early mishap in eliminations at Pomona didn’t sour Brogdon’s return to full-time racing in the class, mostly because he sees tremendous potential in the car and from his Elite Motorsports teammates.

With the cooler temperatures slated for the weekend in Phoenix, Brogdon believes it will take consistent runs in the low 6.50s to have success this weekend. But he’s already proven this year that he can reach that level and it could bode well for another victory at the track.

“Every time I come here I go fast, so I don’t see why we can’t win it again,” said Brogdon, who beat Elite Motorsports teammate Erica Enders in the final round in 2015. “I really like the track and it’s going to be fast. But we’ve got a bunch of good people on this team and I’m anxious to get back behind the wheel.”