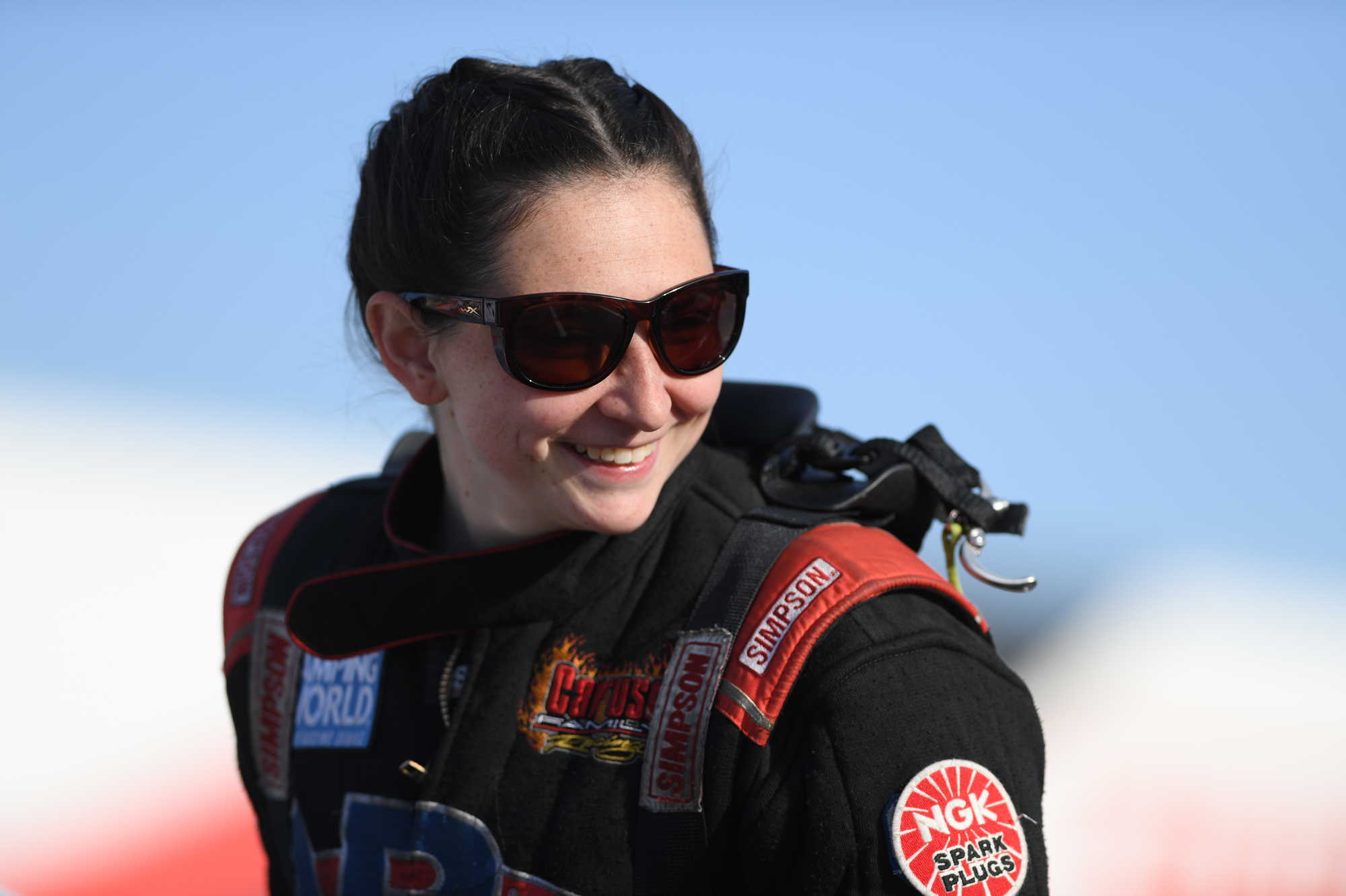 During her professional NHRA Pro Stock debut rookie driver Camrie Caruso established herself not just as a favorite for NHRA Rookie of the Year honors but also as a serious player in the Pro Stock category. The 24-year-old driver from Denver, North Carolina, drove her Powerbuilt Tools Chevrolet Camaro to the No. 7 qualifying spot thanks to great on-track instincts and under the hood power from Titan Racing Engines. Every run the Powerbuilt Tools Camaro, which also gets significant support from Global Emissions Systems Inc. (GESi®), NGK Spark Plugs, Right Trailers and VP Racing Lubricants, improved its performance.

“I was so excited to qualify at my first event and see this Powerbuilt Tools Chevrolet Camaro perform the way that it did,” said Caruso. “This is a complete team effort from Titan Racing Engines and Mike Smith with the engine program to crew chief Jim Yates to our crew guys getting the car ready at the track. We are learning every run and I am really working on being consistent with my routine.”

Through three rounds of qualifying Caruso made runs of 6.563, 6.566 and 6.553 seconds which was the kind of consistency that will win races at the Pro Stock level. After multiple testing sessions leading up to the Winternationals Caruso’s comfort level inside the cockpit continued to improve with every pass. The third-generation racer took all the extra pre-race requirements in stride and still made a strong debut. Heading to Wild Horse Pass Motorsports Park Caruso is looking forward to staying in the racing groove for the third weekend in a row.

“The best way to get better is to make passes in your race car and this stretch to start the season has made me very comfortable,” said Caruso, who has won at every level including Top Alcohol Dragster. “I got into a great groove in Pomona and now that I have experienced a professional race day, I think we will be even better in Arizona. The Winternationals was so much fun and I am so proud of my Powerbuilt Tools team.”

The young driver has worked her way up the drag racing ranks over the last fifteen years starting in the junior dragster ranks and moving up through the Lucas Oil Drag Racing Series. Last year during the Texas Fall Nationals Caruso announced her plans to become just the second female in the modern era to compete full-time in one of the most competitive professional classes the NHRA Camping World Drag Racing Series has to offer.

“I am excited to get my rookie year of Pro Stock started and I really appreciate Powerbuilt Tools coming on board for my first two races as a primary sponsor,” said Caruso, who was recognized in 2018 as a 30 Under 30 member by Drag Illustrated magazine. “Powerbuilt Tools will be an associate sponsor the rest of the season. I have a lot of confidence in my racecar knowing it will be put together and serviced between rounds with their tools. I am excited to get the season started and take the experience I have picked up in testing to an actual race.”

Caruso began driving in the NHRA Jr. Dragster League before attending Frank Hawley’s Drag Racing School and earning her Super Comp license. She has continued to move up through the NHRA competition classes for over a decade. After three years of competing in the 8.90 index class, she went back to Frank Hawley and obtained her Top Dragster license, successfully competing in both PDRA and NHRA for three years.

The NHRA Arizona Nationals will start with one qualifying session on Friday, with two more qualifying sessions on Saturday, the quickest sixteen Pro Stock cars will race on Sunday with the event being televised on FS1 nationally.