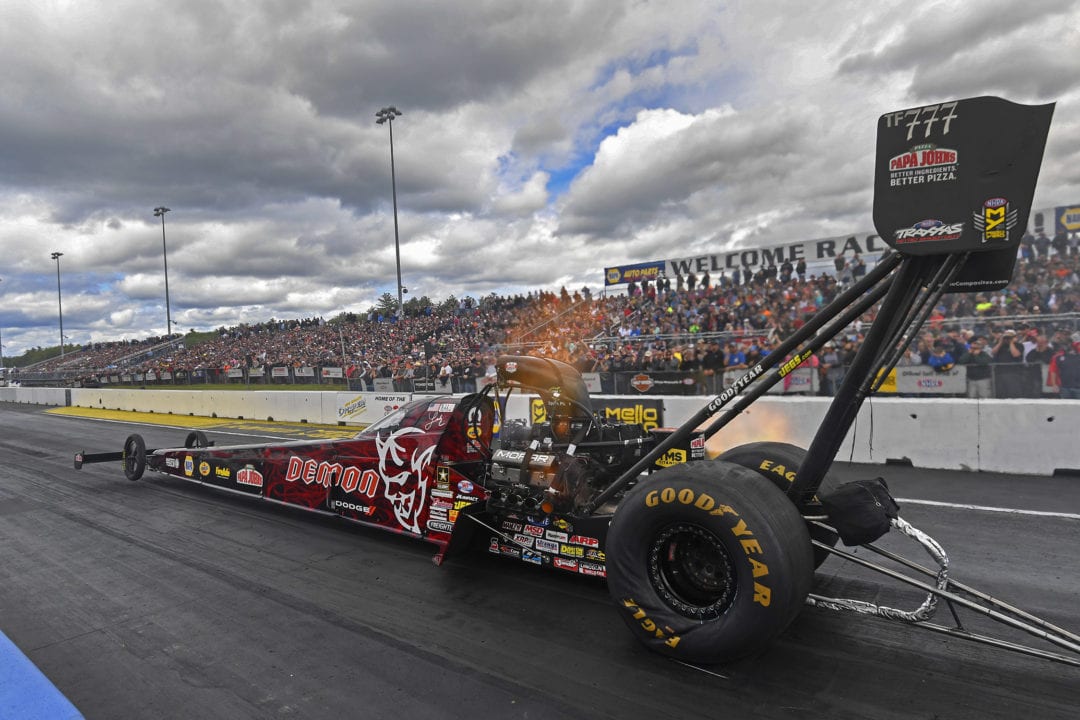 Robert Hight (Funny Car) and Tanner Gray (Pro Stock) also notched the No. 1 qualifiers in their respective categories at the ninth of 24 events on the 2017 NHRA Mello Yello Drag Racing Series schedule.

Pritchett earned the fourth No. 1 qualifier of her career and third of the season with a track elapsed time record pass of 3.673 seconds at 328.86 mph in her Dodge Demon / Pennzoil dragster during the third qualifying session.

“I am above and beyond grateful and blessed to be in this car, and I want to keep going number one for everybody who has gotten me here,” Pritchett said. “This whole weekend has been about teamwork and we hope to have four more rounds of that tomorrow.”

Brittany Force finished in the second spot with a 3.686 at a track speed record 331.36 in her Monster Energy dragster during the second qualifying session on Friday. She is set to take on Steve Chrisman in the first round of eliminations. Eight-time world champion Tony Schumacher qualified third with a 3.703 at 327.03 and will face Smax Smith in eliminations and three-time champion Antron Brown finished fourth and faces Shawn Reed in the first round of eliminations.

In Funny Car, Hight raced to a track elapsed time record 3.822 pass at 334.65 in his AAA Chevy Camaro to earn his 50th career No. 1 qualifier and first of the season. He also set the New England Dragway speed record at 336.74 during his first qualifying pass on Friday. Hight will take on Mike Smith in the first round of eliminations on Sunday. 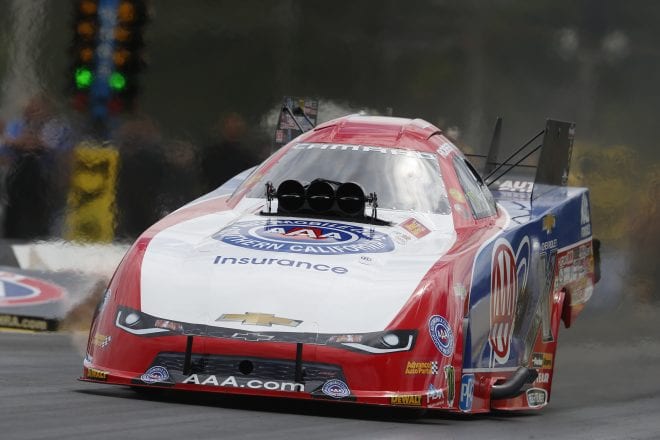 “This is a great way to start off the Eastern Swing as a No. 1 Qualifier, but we know with these conditions and this racing surface there could be some records broken,” Hight said. “[John Force Racing] has had a lot of success here but now I want to add my name to the winner’s circle.”

Rookie Pro Stock driver Gray notched the first No. 1 qualifier of his career after running a 6.501 at 212.09 in his Gray Motorsports Chevy Camaro during the fourth session. Gray is chasing his third victory of the season and second consecutive after emerging victorious at Heartland Park Topeka. He will match up with Val Smeland in round one of eliminations. 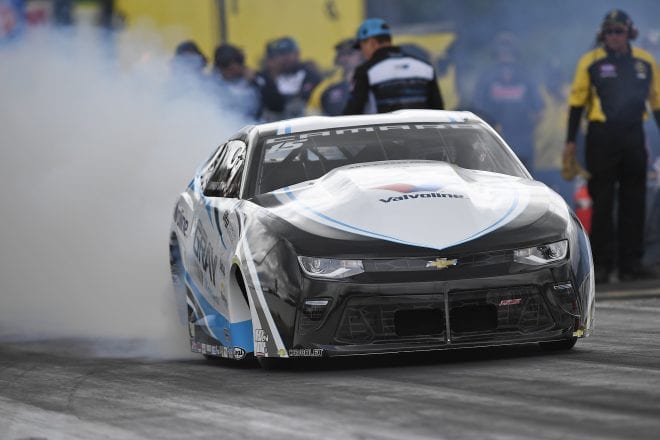 “I’m really excited, but a No. 1 qualifier doesn’t mean much if you don’t have the yellow hat at the end of the weekend,” said Gray. “That [run] was probably the closest to perfect I’ve ever been, and you can’t really ask for much better.”

Two-time Pro Stock champion Erica Enders qualified second with a 6.513 run at 213.16 in her Elite Motorsports Chevy Camaro, and is set to take on Shane Tucker in eliminations on Sunday. Points leader Bo Butner finished third in qualifying after a 6.515 pass at 212.03.