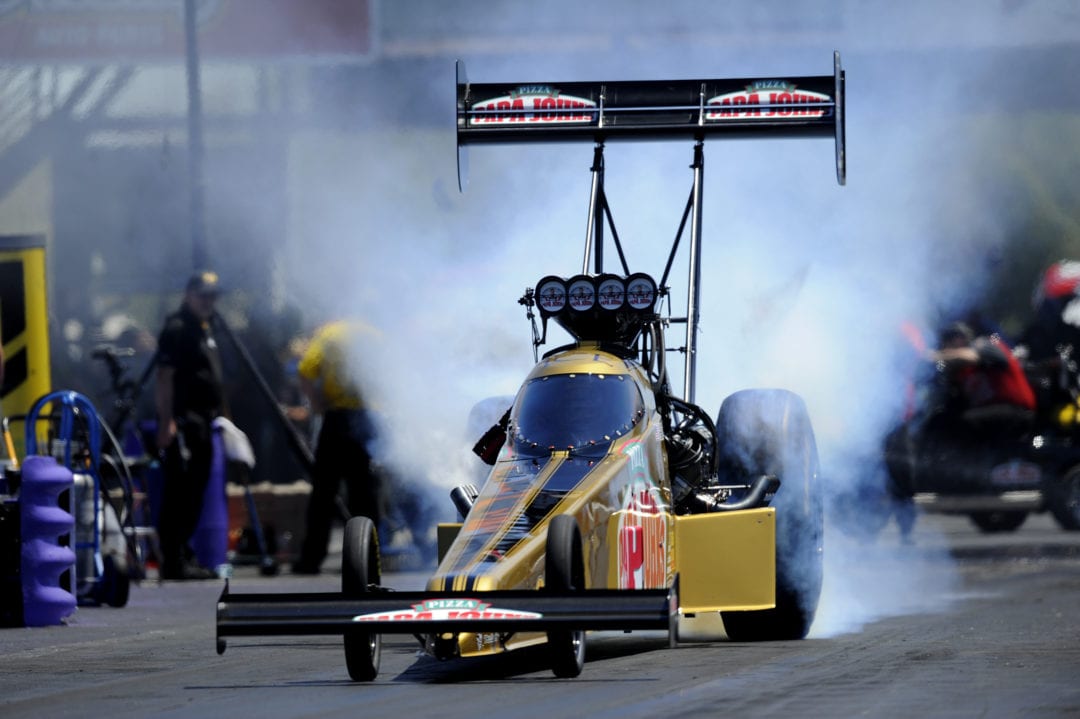 Ron Capps (Funny Car) and Bo Butner (Pro Stock) were also winners in their respective categories at the fifth event of 24 on the 2017 NHRA Mello Yello Drag Racing Series schedule.

Pritchett raced a 3.781-second pass at 321.96 mph to defeat Steve Torrence who ran a 3.787 at 322.11 in his Capco Contractors dragster. This is Pritchett’s fourth career victory and third of the season.

“Our goal was to leave as the points leader and that was not easy at all,” said Pritchett, who takes over the points lead with the victory. “Going into the final we said this is our bounce back and we’re going to keep it interesting. Never been in a position to really be counting points and I know it is early in the season, but I’m definitely enjoying that.” 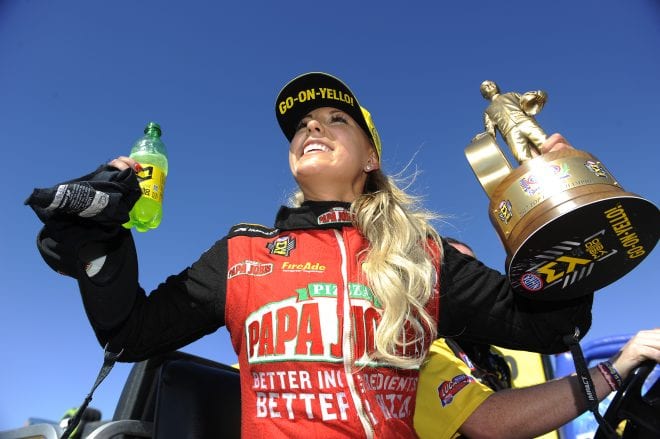 Defending Funny Car champion, Ron Capps, claimed his first victory of the season when he outran Robert Hight with a 4.004 pass at 284.33 in his NAPA Auto Parts Dodge Charger R/T. Hight pushed his AAA Texas Chevy Camaro to a 4.107 at 202.88 in his first runner-up effort this season. It is Capps’ 51st career win and third at Houston.

“These things become so hard to win these days,” Capps said. “But you take things for granted where I felt like we should’ve won at any of those first three races of the season. NHRA Mello Yello Funny Car division has to be the most competitive thing in the world right now; its cut-throat.” 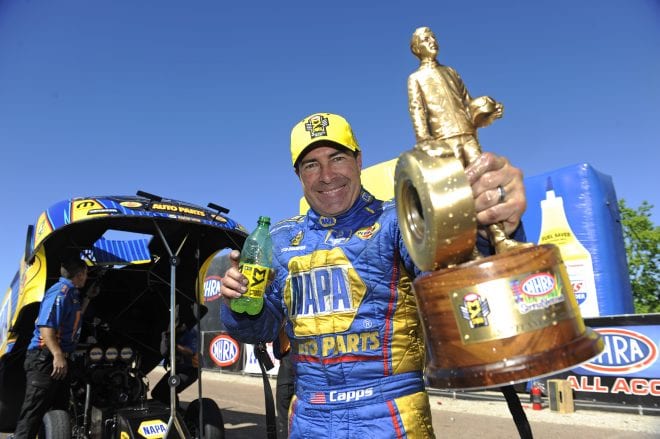 Hight experienced engine problems and crossed the center line before the finish line while Capps’ engine violently exploded as he reached the finish.

Butner obtained the first Pro Stock win of his career when he raced his Jim Butner’s Auto Chevy Camaro to a 6.550 pass at 212.26 to defeat No. 1 qualifier Jeg Coughlin Jr. Coughlin Jr. raced his JEGS.com / Elite Performance Chevy Camaro to a 6.562 at 212.03 in his first final round appearance since Seattle in 2015. This was Butner’s seventh final round appearance.

“Any win that you stand on that stage, Super Stock, Super Street or whatever it is (the feeling) never gets old. It’s a great feeling and you can’t explain it unless you experience it,” Butner stated. “To make four consecutive win lights is very tough and a lot harder than I expected.” 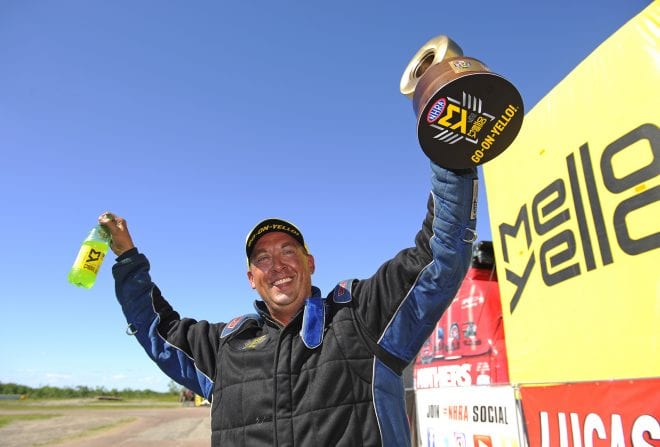 Butner defeated Allen Johnson and Greg Anderson before facing Coughlin Jr. in the finals. Coughlin Jr. lined up against Chris McGaha and Tanner Gray en route to his finals appearance.